Interview: Acado – “We specially love playing in the sun at festivals during daytime” 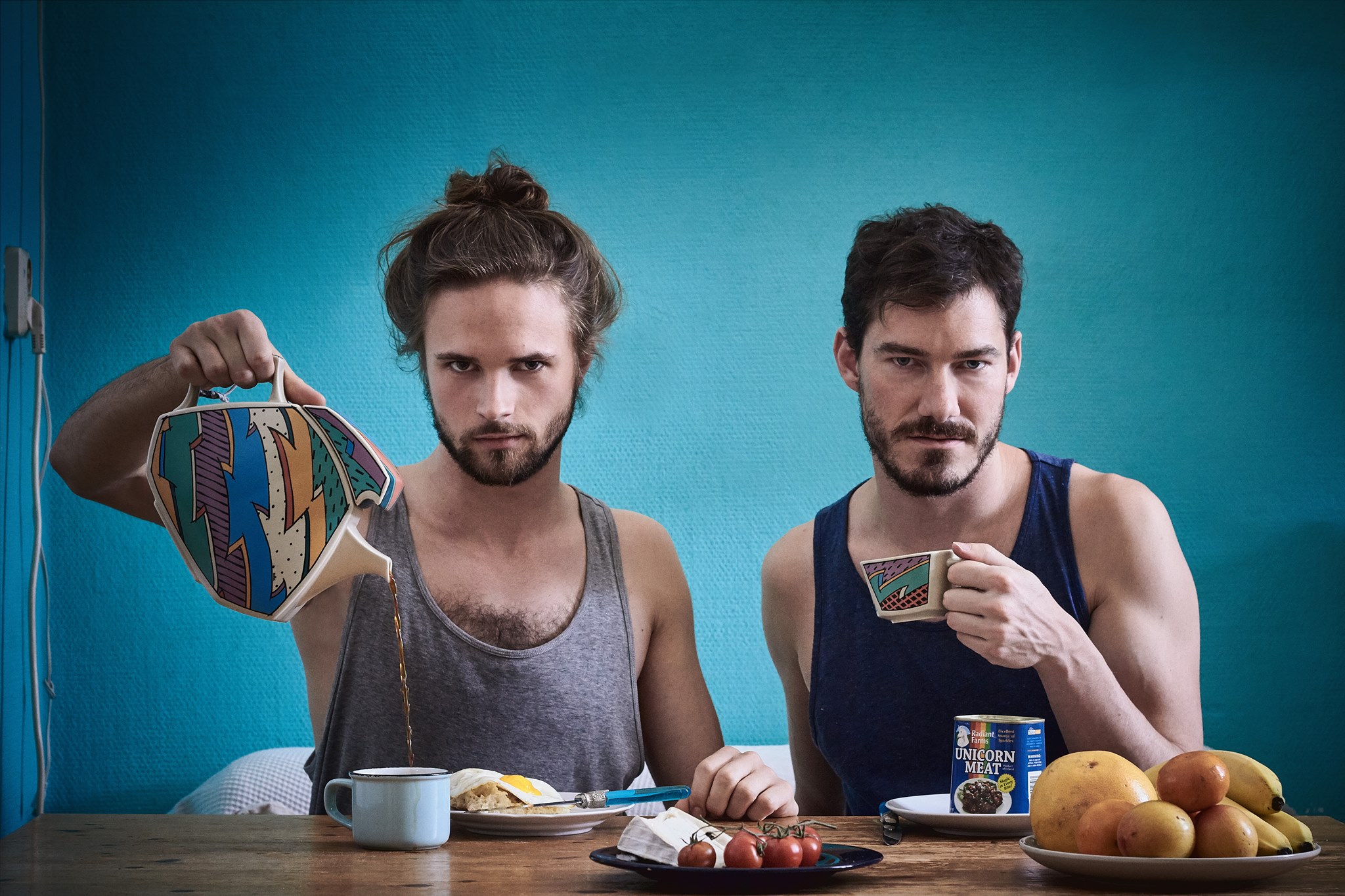 Obviously the streets of Berlin offered the perfect environment to blow away the trials of Daniel’s studies in theoretical quantum physics. One of these weekends he discovered a smooth and fearless beat that made him shudder to his bones. It was the sound of Felix’ mobile soundsystem reverbating through the compounds of the city. In this very moment, as the sun peeked its way out from behind the buildings, Daniel and Felix realized that they had to combine their musical forces. Acado was born. Not only gigs in renowned clubs and festivals all over Europe followed but also releases on labels like Stil vor Talent, Motek Music, Traum Schallplatten and finally Monaberry. What a ride!

Hi boys, how’s it going and what have you been up to lately?

We enjoyed a nice summer in Berlin (thx to climate change) and an awesome festival season in general. Also making our new video with our movie making buddy Selektivton was lots of fun. One day we were running and falling around in a greenscreen studio (having a considerable hangover from the gig the night before). The next day we recorded the scenes at the alpaca farm. Definitely next level! Sooo fluffy!

Tell us a bit about how you prepare your set for a show? How do you curate your track-list?

We put lots of different tracks on a dartboard and let the darts decide. No, actually we usually don’t prepare fixed track lists. We tried that a couple of times and always ended up playing something completely different. Of course you usually got new tracks that you are looking forward to playing. We usually put them into a new folder and use that as a basis for the set. During the set we see how the crowd is reacting and play whatever feels right. And if we run out of ideas, we ask someone in the crowd to hold a dartboard above his or her head. Don’t move.

How do you like to prepare before a show? Do you have any rituals?

We paint our faces with colors and dance in a circle, making animal noises until we are too tired to be nervous anymore

No, we don’t have any special rituals – except that we usually try to be at the venue a bit early to hang out on the dance floor and get an impression of the vibe and the music that might work.

What is your favourite venue to play in to date?

We specially love playing in the sun at festivals during daytime. And of course Sisyphos is always lots of fun. But in general a party will strongly depend on the crowd as well. We had awesome gigs in crappy places

What can our listeners expect to hear from the latest track released on Monaberry?

Shitload of bells, haha! Daniel was just coming back from Peru and had this “oh those bells sound so beautiful” flash. Layering, layering and layering them. Afterwards we had a very long and hard time cleaning up and make everything fit together. But it was worth it. Now we’re more than happy with the result and think the track finally is worthy of its name “Alpaca”. Wherever we play “Alpaca” it’s pushing the vibe to a next level. The bellpire strikes back!

When producing a track, what sorts of things help to inspire you?

Peru. Alpacas. Finding new (bell) sounds. Playing around with Daniel’s guitar. Recording something, or even trying to sing. Getting a beer from a “Späti” also can help.

Tell us a fact each about yourselves that readers may not be aware of?

We know we might look pretty tough and badass (specially when we are surrounded by shitload of fluffy alpacas). But actually we do like animals and none of the massively huge and super fluffy alpacas were harmed during the production of our new video – although one even jumped on Daniel, as he did not distribute the food fast enough. Be careful about alpacas. They’re usually hiding a very sharp knife in their fur.