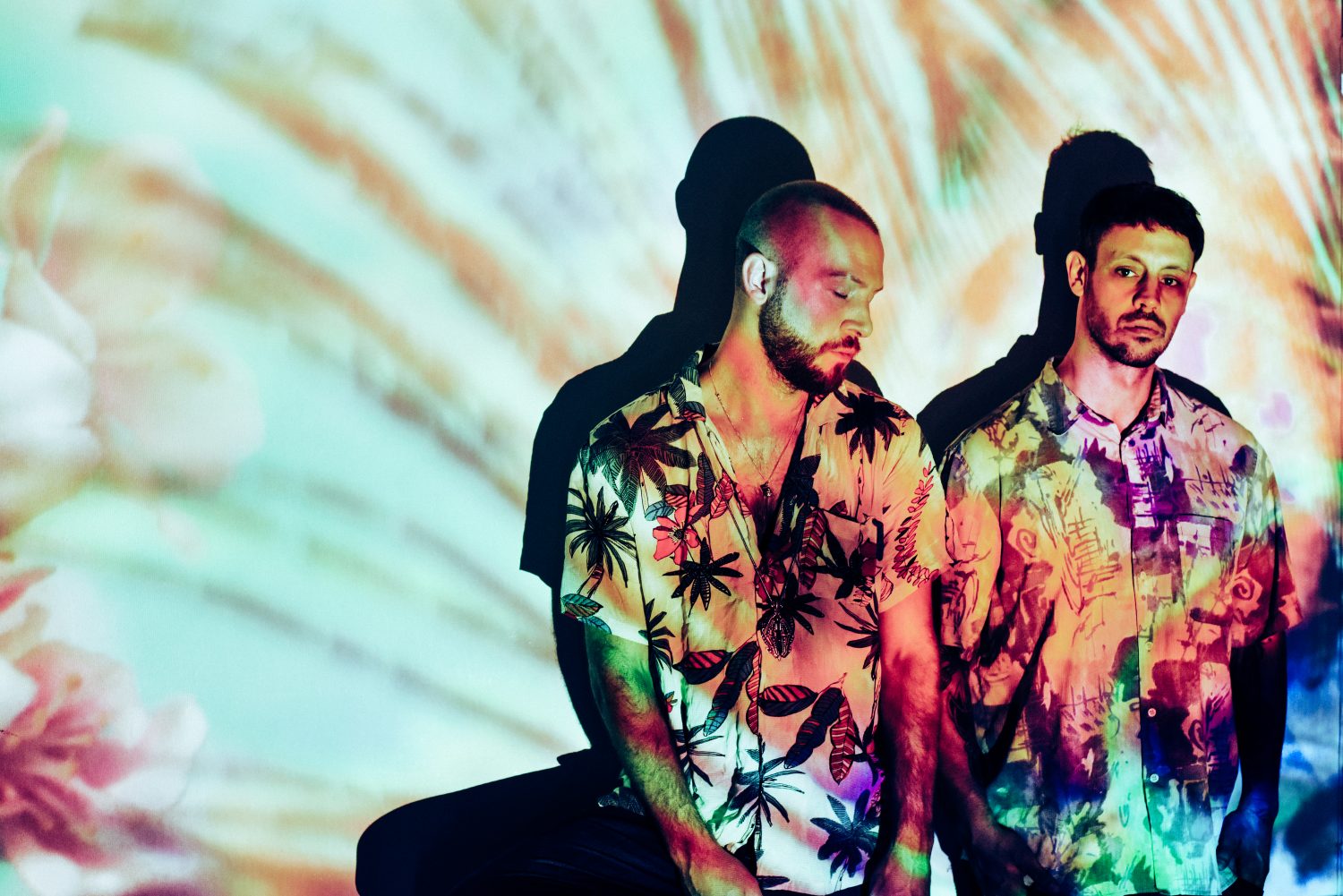 Following on from their standout debut album, ‘House of Infinity’, Infinity Ink return with a heavy-hitting selection of remixes, featuring exclusive reinterpretations from some of the scene’s greatest: Radio Slave, Luke Solomon, Themba, Man Power, Richy Ahmed and more.

Founder of the Classic Music Company, Luke Solomon’s Alternative Mr. V Version of The Rush is a funk-filled, whirring cut that pushes Mr. V’s enticing vocals to the fore. Berghain regular Radio Slave switches direction, providing a heads-down techno remix of Too Strong. Man Power’s remix of Full Capacity is a brooding house number, full of cavernous vocal samples and darting melodies. Themba’s Herd Remix of Aya features tropical atmospheres, rich chords and clinical drums, before Luca Cazal, one half of Infinity Ink, teams up with S L F to provide a no-nonsense remix of How Do I Love You, adorned with modular processing and analogue warmth.

Hot Creations mainstay Richy Ahmed serves up an addictive house cut, filled with dense drum-machine patterns, sampled strings and driving pads, all distinctly classic sounding in nature. US native Kai Alce’s Flutstrumental remix of How Do I Love You brings jazz flute solos into the mix, elevating Yasmin’s vocal to higher territories. With album releases on Apollonia, Chris Carrier produces a powerful remix of Alienation, one that sees tripped-out basslines trading blows with poignant pads. Brett Johnson rounds off the release with an emotion-drenched vocal mix of Rushing Back, of which he’d originally reworked as a dub version.

Infinity Ink, made up of long term friends Luca Cazal and Ali Love, are no strangers to the electronic music scene. With a career in production that has seen them release standout EPs on the likes of Crosstown Rebels and Hot Creations, it was in 2012 that their career really took flight. Gigs have come thick and fast ever since with the dynamic duo playing at some of the world’s most esteemed clubbing institutions including DC 10, Glastonbury, Warung Beach Club and Panorama Bar.
We caught up with Infinity Ink for a chat. Check out the interview below!

Infinity Ink – The Remixes is out now via Cooltempo.

Ali and Luca, thanks so much for chatting with us! First off, congrats on the success of ‘House of Infinity’, and this remix package. Tell us, where in the world are you two right now?

Hi there, thank you! And thanks for asking us to take part in this. Right now we’re in Ibiza getting ready to play at DC10 tonight for the opening of Paradise.

So you’ve known each other for quite some time, how did you two first meet, and how did you decide to start working on music together?

That’s right, we’ve known each other for nearly 20 years now, we met through the London live music scene, as both of us were playing in bands around east London at the time. Ali is a bass player and I play keys; back then my band needed a bass player and Ali came for a tryout. He never became our bass player in the end but we became really good friends and started making music outside of our bands straight away.

What were some of your favorite analogue machines that you used when creating this album?

There’s a lot of classic 80’s Roland machines, like the 808 / 909, Junos and Jupiter 8. There’s also plenty of the 303. We’ve both been collecting analogue gear for many years, so if I tell you the whole list of stuff we used, we’ll use up all the space for this interview

Can you take us through your creative process when beginning a new track? What were your inspirations when writing the tracks on “House of Infinity”?

Usually we start with a groove or a vocal idea and then we write the track around that. We record a lot of stuff live as we find it quicker and easier than programming. As ever, our main inspirations were psychedelia, classic US house and sounds from the 80’s.
What went behind choosing the remixers for the album?

We decided to reach out to some of our closest friends and musical contemporaries, those that we’ve had a personal bond with over the years. There were also some artists we always dreamed of working with in some way, so we took this opportunity to enlist them as remixers.
What’s in store for Infinity Ink in 2019 and beyond?

We’re working on a new album as we speak. Expect new music that we’ve written together and separately, as well as reworking some older stuff that we didn’t use on the first album. We’re also both developing our solo projects and collaborating with other people, as always. There’s also a new single in the works, co-produced with one of our favourite UK artists but I won’t reveal much more about this at this stage.