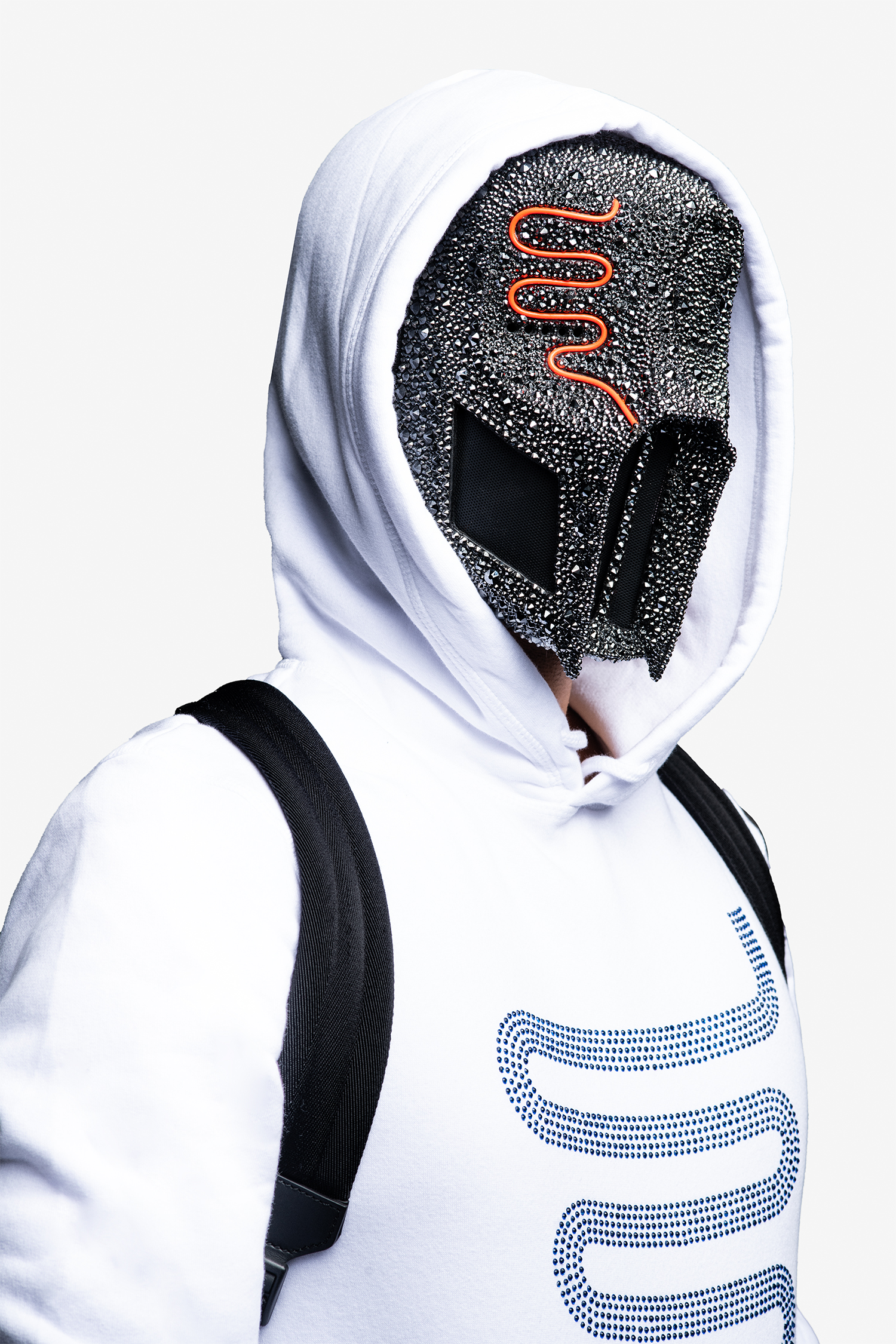 With his newest single “I Can Feel It” hitting #1 on the iTunes chart, masked artist SICKICK is set to embark on his first-ever tour of North America in 2022. The producer, vocalist, and DJ has quickly amassed millions of fans and followers with his hit remixes of Adele and Phil Collins that he plays in real-time on his live drumming, microphone, and synth setup. Though his identity is a mystery, SICKICK’s charisma shines through in his versatile, inventive re-interpretations of artists old and new. His remix of Madonna’s 1998 release “Frozen” instantly became one of the most memorable sounds on social media, only to be topped by his remix of “Walking On The Moon” by Bruno Mars.

SICKICK has released many of his own original singles, including “Mind Games,” which currently sits at 25 million streams on Spotify. With support from Justin Bieber, Timbaland, Coldplay, Doja Cat, and Steve Aoki, SICKICK has steadily made a name for himself globally with his unique mix of hip hop, pop, and EDM that he calls “sickhop”. Through his music, the multi-talented creative overcame the fear and anxiety that once held him back by fully expressing himself as SICKICK. Now, as he prepares to play his upcoming North American tour, SICKICK shows no signs of stopping the movement he’s created.