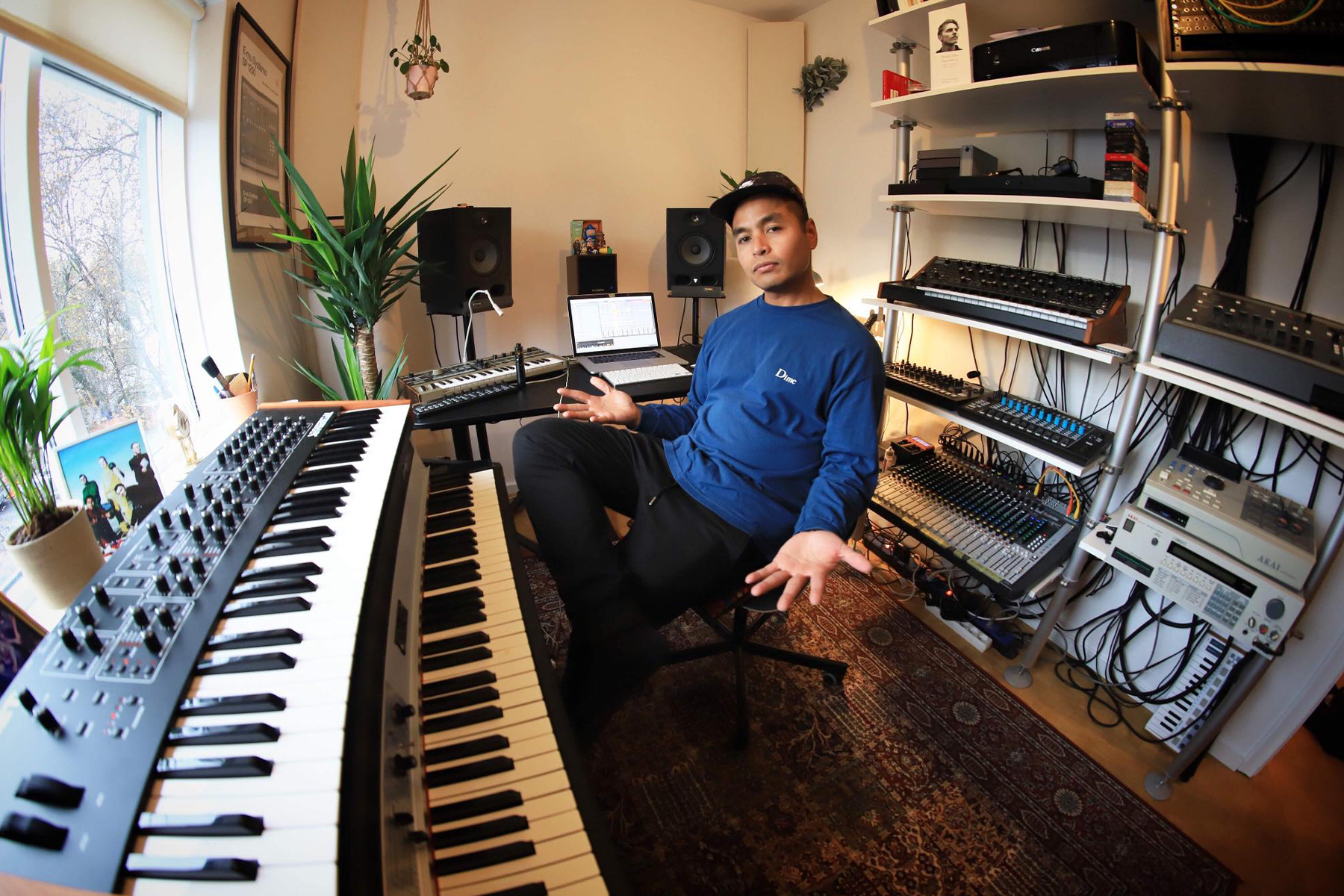 Iceland raised Intr0beatz released his debut EP with Shur-I-Kan’s Dark Energy Records back in 2015, and has been climbing up the latter nice and slowly ever since. Appearing with releases on labels like Lagaffe Tales, Closer To Truth, Stay True Sounds, City Fly and many more. Now he has taken matters into his own hands by creating his own label, Cosmic Angles which he mainly use as an outlet for his own production but also showcase new unknown artists that have been on his radar.

We had the wonderful chance of connecting with Intr0beatz to see his studio space, and learn a bit about his personal favorite instruments used to make that signature, deep jazzy sound! 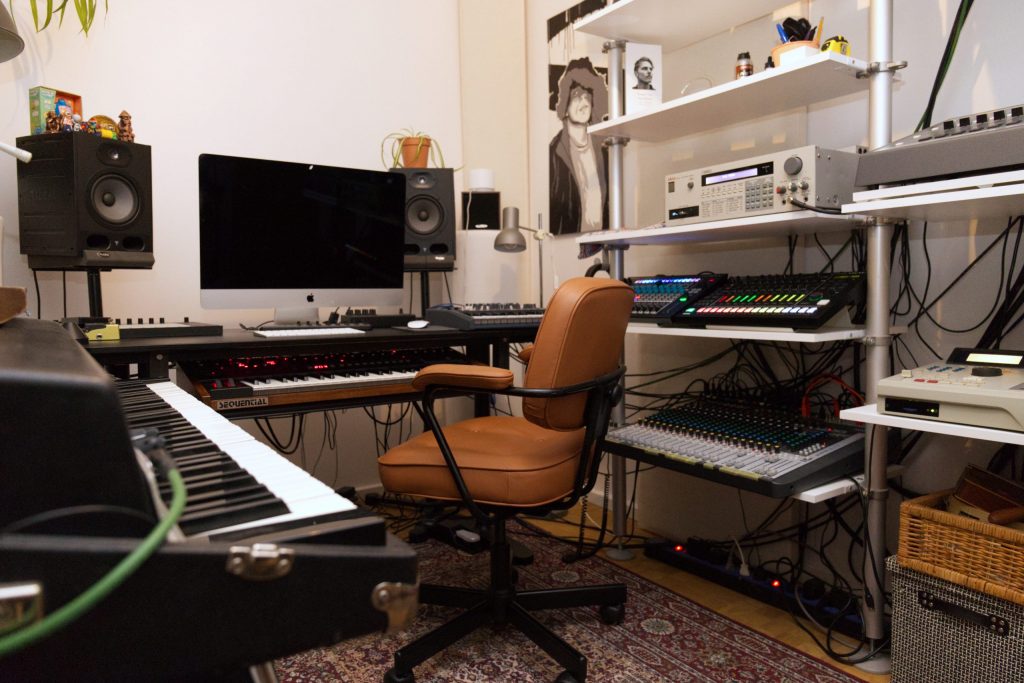 I always wanted to own a Fender Rhodes, since almost all the records I have sampled have Rhodes on them. I grew up listening to Donald Fagen and Steely Dan among other great artists through my father, who is also a musician and plays keys. A funny fact is that I don’t know how to play at all but somehow I manage to come up with chord progressions from just messing with it. To me a fender rhodes just sounds so good that it doesn’t matter what keys you press, it sounds good no matter what.

Me and my father finally got one about 2 years ago. I had to learn how to voice it and fine tune it and replace some keys and I also bought a new amp from Avion Studios that sounds really good and sits perfect in the mix. I definitely recommend to upgrade! 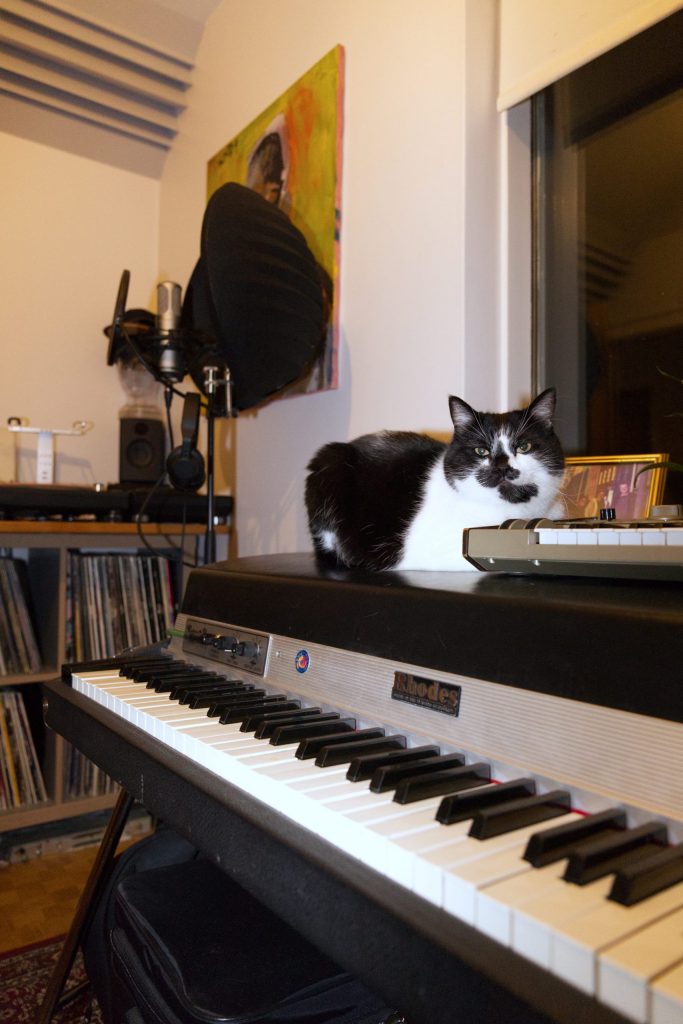 This is the first piece of gear I ever bought. Used it daily for over 10 years in my early hip hop days. For some reasons I decided to sell it and replace it with a MPC 5000. After only 2 years I was done with it as it just didn’t feel like my old one so I sold it. Then few years ago I borrowed this one from a friend and later found out that its my old MPC. I upgraded everything, new motherboard as the old one wasn’t working when I first borrowed it, 8 outs, effects and replaced the floppy drive with a SD card reader. Now its almost feels like new and I use it a lot to program drums and trigger sounds from my other vintage samplers. 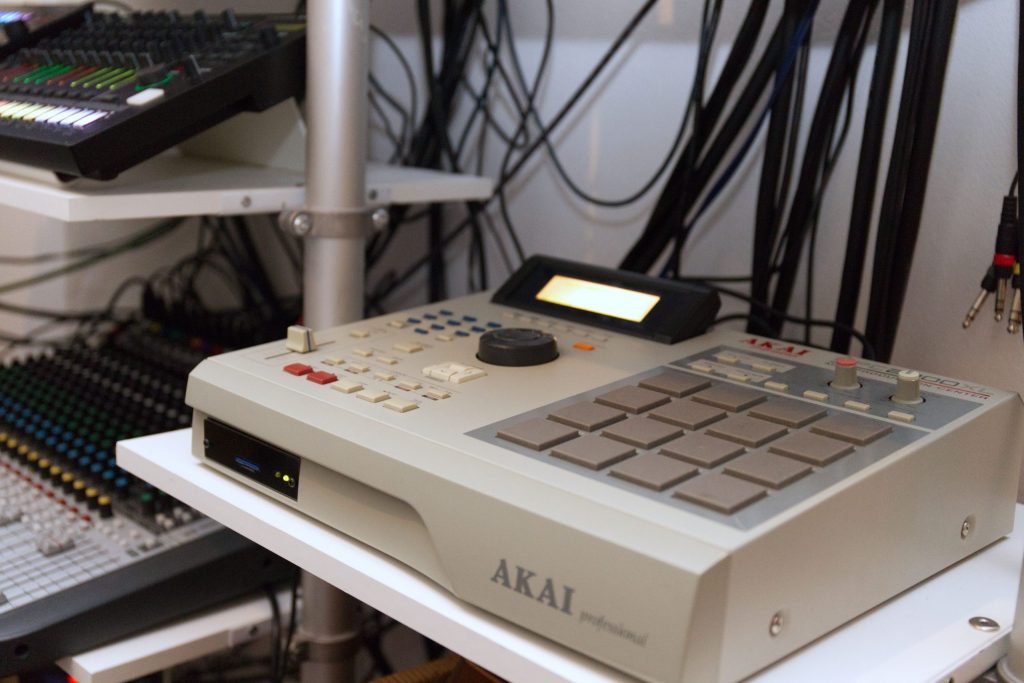 As I grew up in the 90’s it was hard to not to fall in love with the sound of this machine which was used in almost every hiphop production back then. Bought it from a guy who only used it to program click tracks with his band and had it sitting in the basement collecting dust. Got it for only 600 eu but goes now for around 8000 today, which is insane. But luckily I got one cheap and still use it today to get textures on all kinds of different sounds that are too clean for my taste. 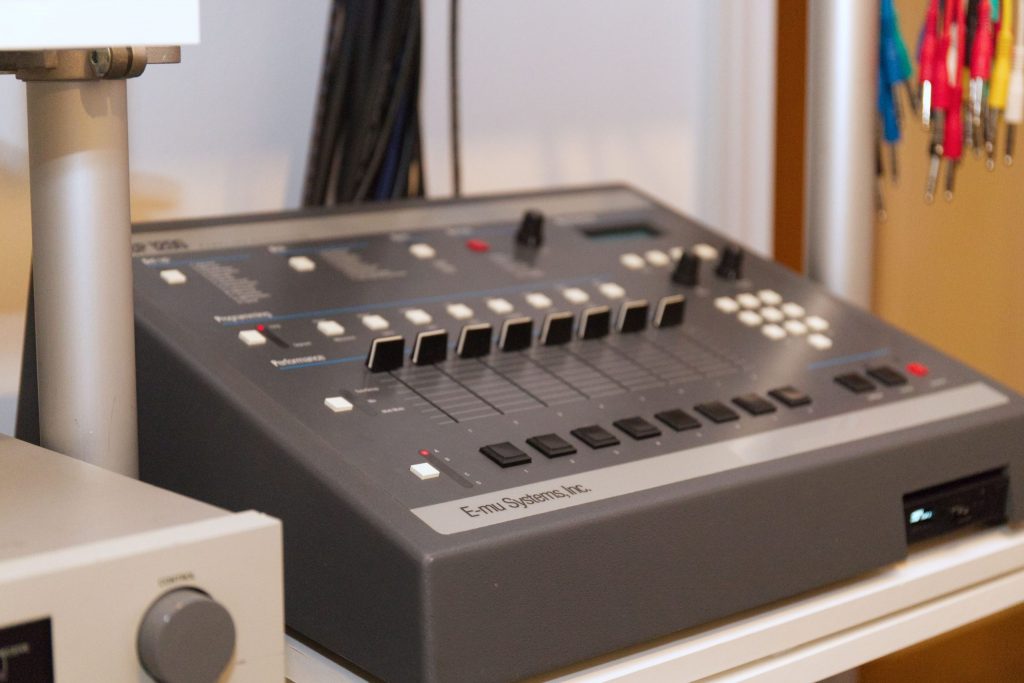 Another great old machine that gives your sounds such a great texture. I love to be able to sample with different bandwidth for different textures and the low pass filter somehow does a perfect job every time even though there is no resonate adjustment.

Running a clean 909 sounds through it gives them the perfect texture and punch! 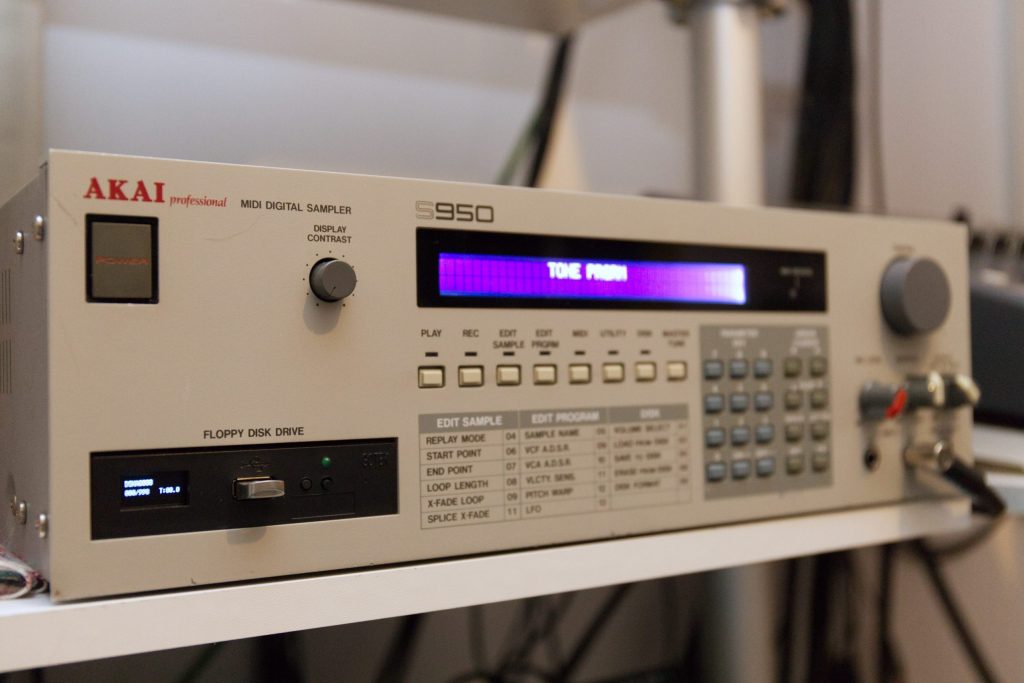 Always wanted a Prophet since I saw the video for I Can’t Go For That by Hall & Outs.

Started by getting Prophet REV2 which is somehow an upgrade of the Prophet 8 but I wasn’t liking the sounds and was jus too complicated for a guy like me with no synth knowledge. Was lucky to be able to trade it with the Prophet 6 which sounds just perfect for my style of production and it very easy to program. It’s definitely a keeper! 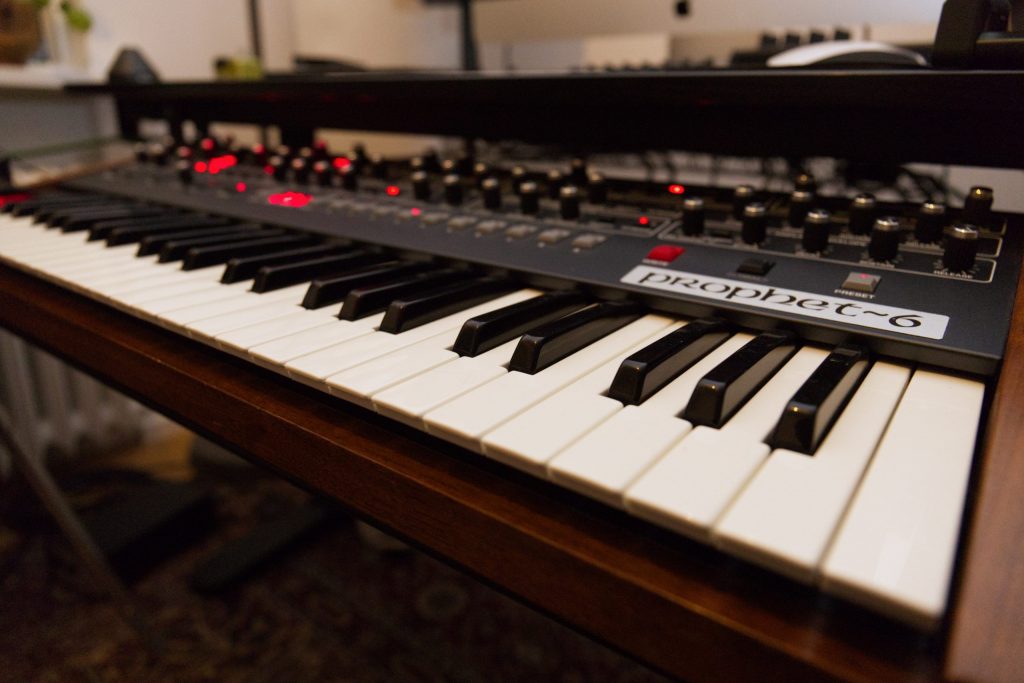