In The Studio With HDSN: 5 Essential Pieces Of Gear [MI4L.com] 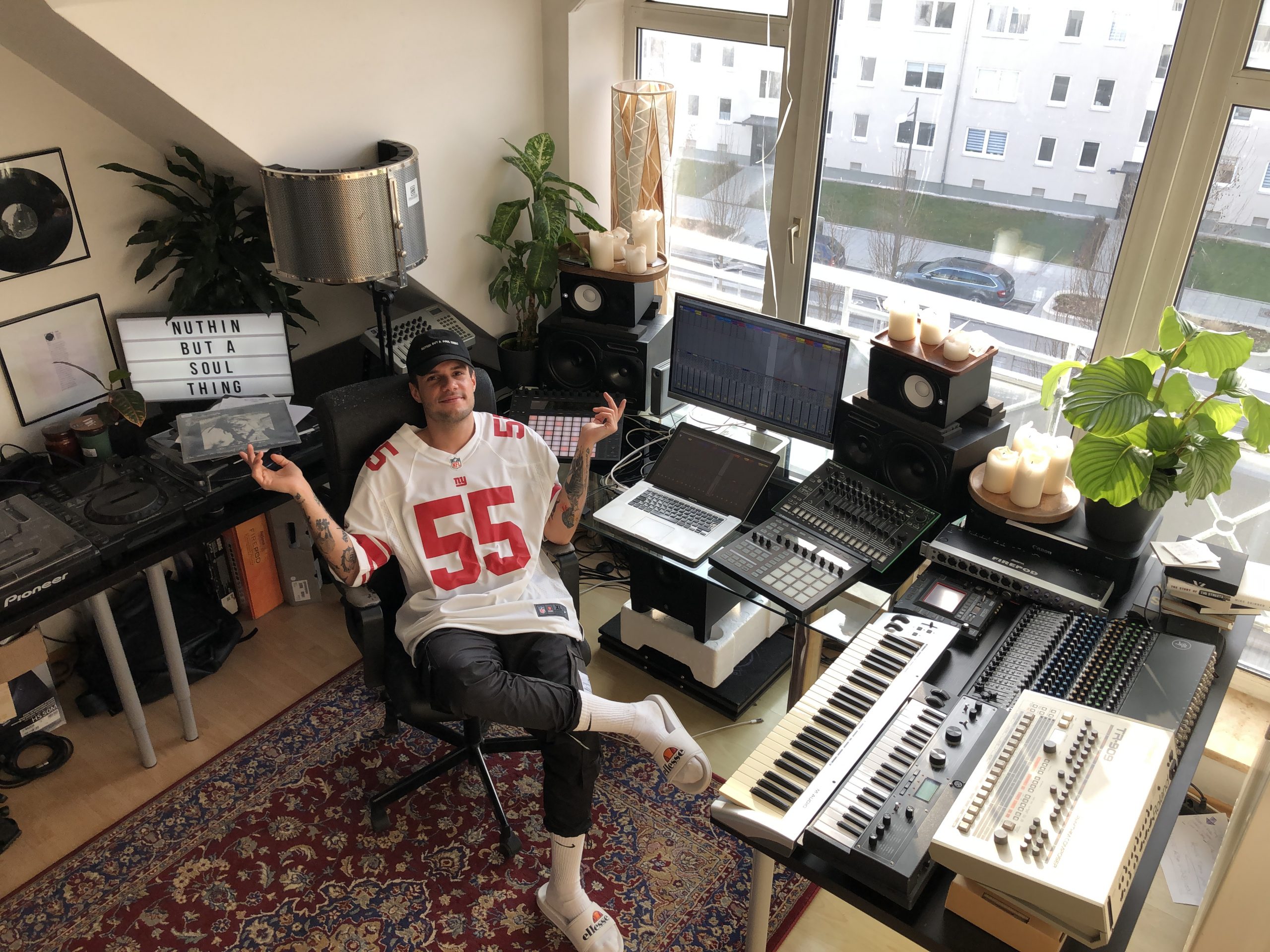 Ask any electronic music producer worth their salt and they’ll all tell you the same thing: soul truly is at the heart of what makes music so special. One man who encapsulates this feeling is Michael Bihler aka HDSN. From disco to house to jazz to hip-hop, the owner of the aptly-titled NBAST (Nothin’ But A Soul Thing) label is an individual whose sound is always well versed in uplifting vibes and dancefloor dynamics.

HDSN’s story can be traced back to a childhood spent in Halblech in Germany’s Bavaria region. Although far from a typical electronic music backdrop, the youngster grew up on a steady diet of eclectic sounds. However, it was the music of the Motor City which helped turn his musical hobby into a full-blown obsession. The music of Omar S, Moodymann and Theo Parrish might be far removed from the picturesque surroundings of Bihler’s hometown, but they nonetheless played a profound effect on the youngster’s tastes.

From Halblech, Michael moved to Munich, before decamping to Manchester soon after. Enamoured by the city’s bright lights and party scene, he might have been traversing an unfamiliar path for a German musician, but his time in the north of England would prove invaluable, as it was here where he set up his studio and embarked on his most ambitious project to date: the aforementioned NBAST imprint.

Churning out a range of well-received tracks at an impressively prolific rate, HDSN soon found his music signed to celebrated labels such as Eton Messy, King Street and Nite Records. From here, the producer embarked on a more traditional journey, settling in Berlin for a year and honing his craft in the global capital of all things electronic music before re-locating to Munich last year. 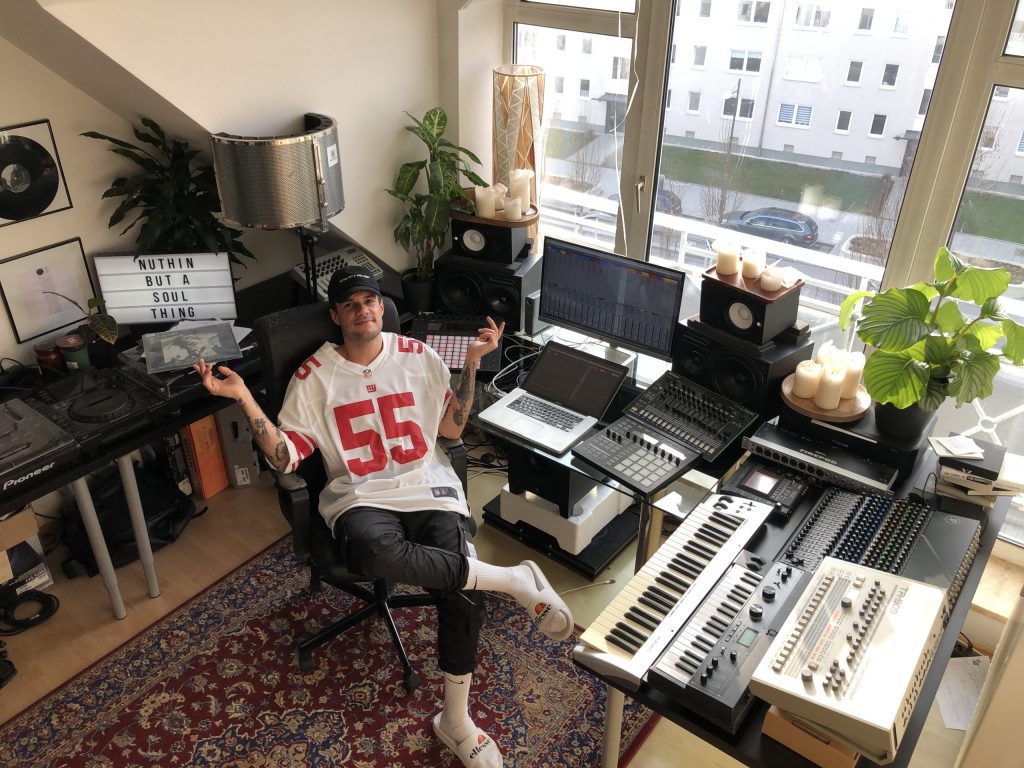 The piece I am most proud of s my Roland 909 –  since I can imagine I love the sound of this machine. Everyone who is familiar with electronic dance music knows how much history that lil thing brought into House and Techno and the touch and feel is forever unmistakable. Most of my tracks contain the classic 909 drums. Sometimes I try to use other drums in my productions but I always come back for its pounding kick drum, the crunchy hats but also the blistering cymbals. Its the rawness/ dirtiness that triggers me every time I hear these sounds. I have sampled every instrument and use them in the box a lot. Making music wouldn’t be the same without it. 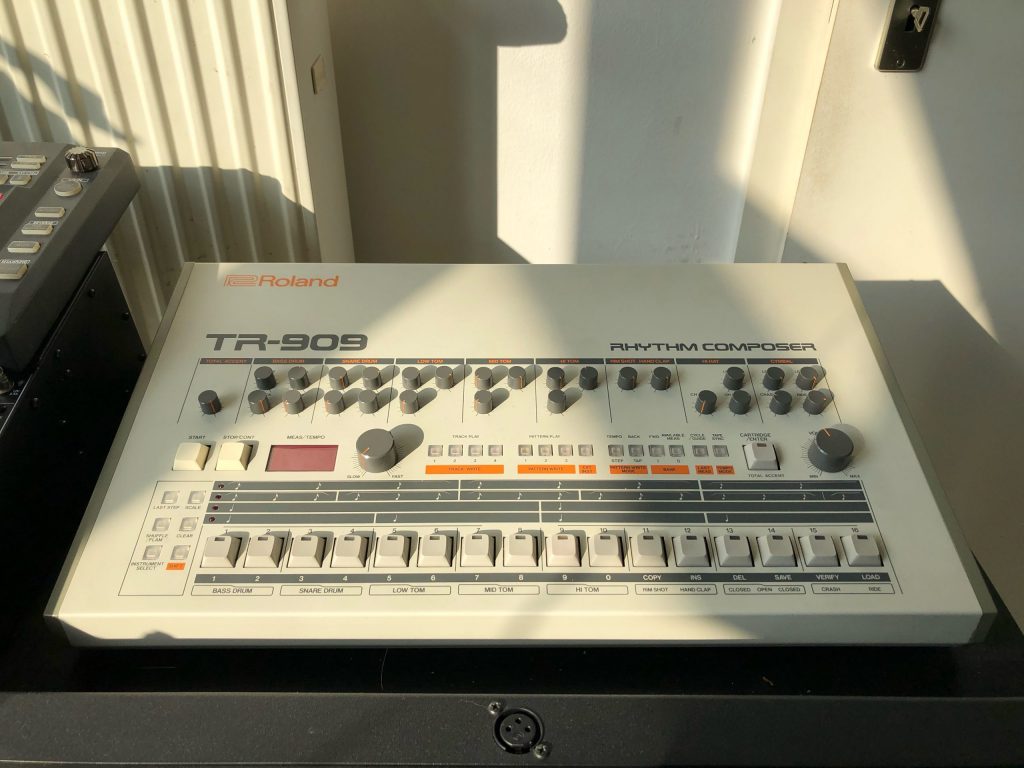 It’s got a built in interface what makes it super fast to use and the hands on controls like the faders are amazing. The TR-08 is perfect to get something going real quick when jamming around but also for triggering sounds. 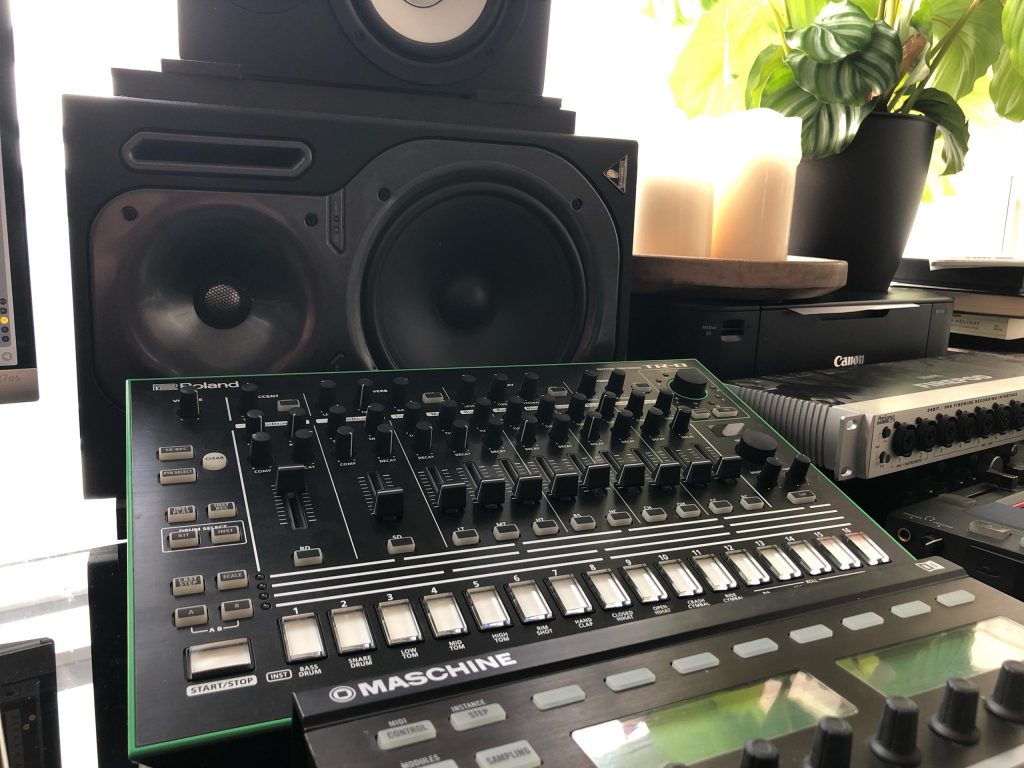 Nearly everyones owning a Micro Korg but i actually never liked the sounds enough to buy one. When i stumbled across the MicroKorg XL I immediately felt in love with the warm pads and keys! I will never forget trying it for the first time in the store. I spent hours noodling around on it till the staff came and said “bro its eight o’clock you’re here for way too long now… go home” so i went home and took it with me, It’s a very handy little synth not to complicated and simply got the right sounds to bring the classic house music vibe to the table. 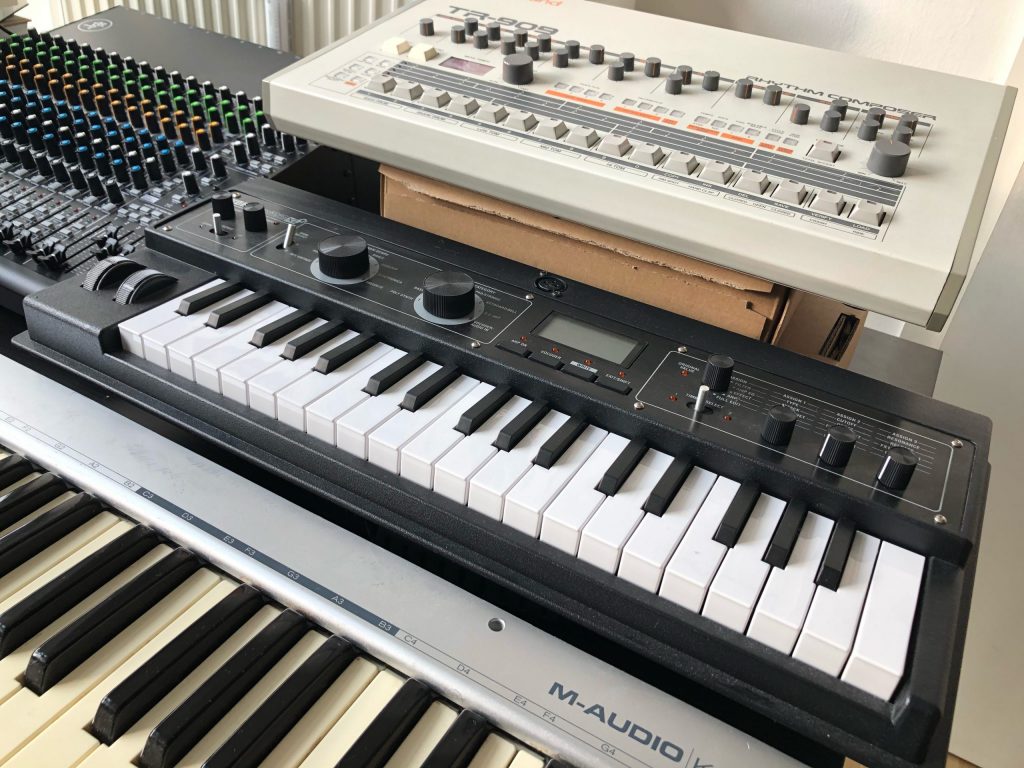 Old but gold. For me the Korg Chaos Pad is just an intuitive way to manipulate audio material. Its great for plunging a track into a sea of reverb or an acid bath of distortion! It provides a lot of fun when I am experimenting around with sounds and sometimes it adds exciting textures to certain tracks. Its not too often in use but never disappoints when in action. 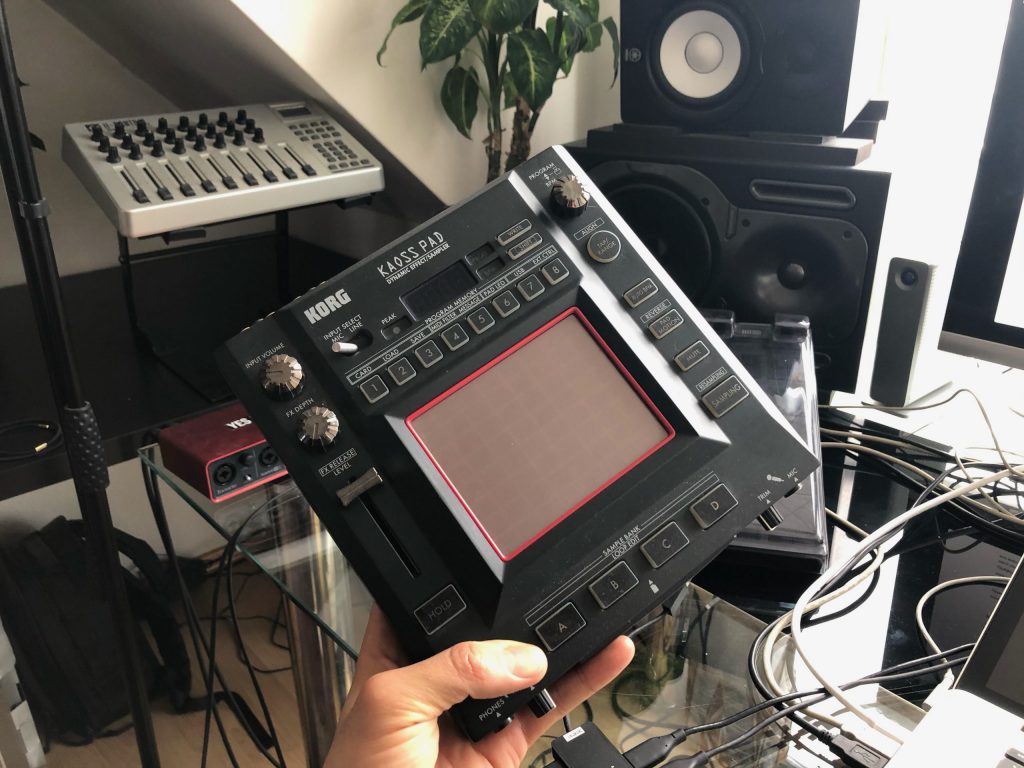 I always wanted to own a MPC but was never hundred percent convinced if it suits my way of making music. When I am in the studio I just want to flow and don’t spend too much time on technical things as its just distracting and slows down the process so when Ableton Push came out I bought it right away. I really love it. I use it to chop up samples but also to navigate my projects while jamming or playing live. I always start out in the session view in Ableton collecting ideas and sounds till I come up with something and can move on to the arrangement process.  Having a tool thats able to help you setting up your track playfully in a way is super nice thats just one point why I love Ableton so much. You can use it like an instrument what makes the whole music making process a lot more fun. 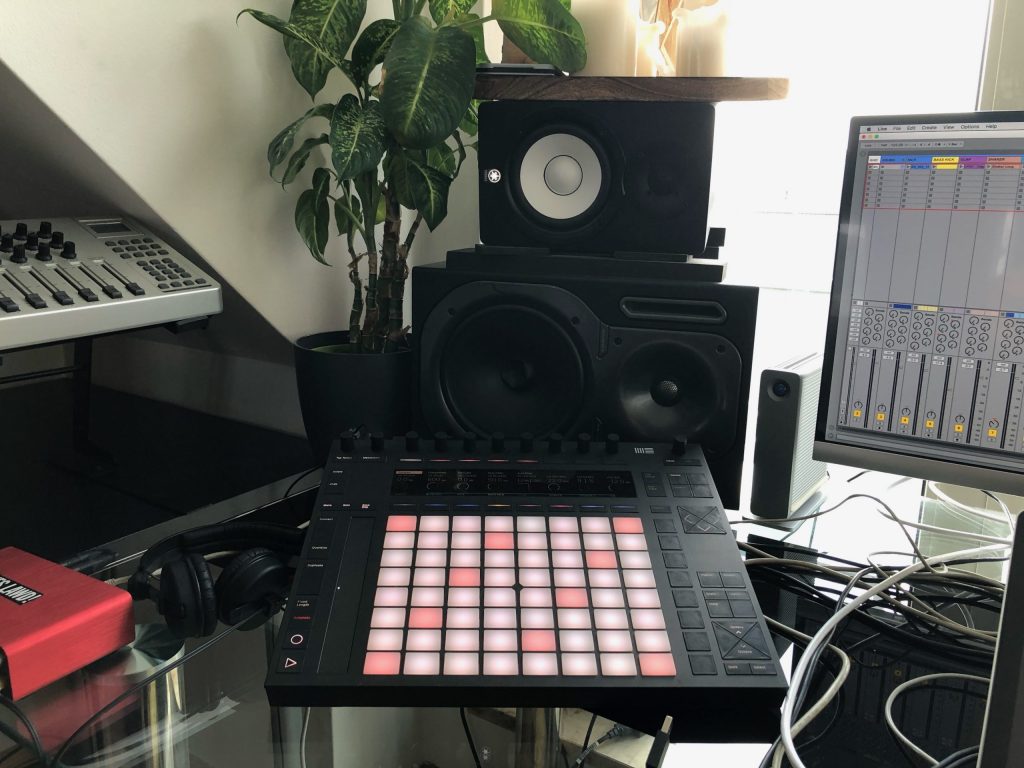 I started out making music with Ableton on my laptop and evolved from there so for me Its just honest to say that my most essential tool is indeed still Ableton. I think in todays world with no boundaries and endless possibilities its just a matter of being creative and inventive. I have mad respect for the OG´s doing it all analog but you know thats simply not the way i grew up with. The traditional language of making music is not really something that i speak my musics coming more out of a vibe that i create when i am in the studio – to me its about raw expression so I just do things my way and stick to my guns. Efficiency is key I see it like a sport. When I am in the game I put the ruler to the movement as I want to tuck away a nice 3-0 so if I sit down to make a track I finish it. I try to be as productive as possible with the tools I have. In the end people do not care how the music is made they just care about if its moving them or not. 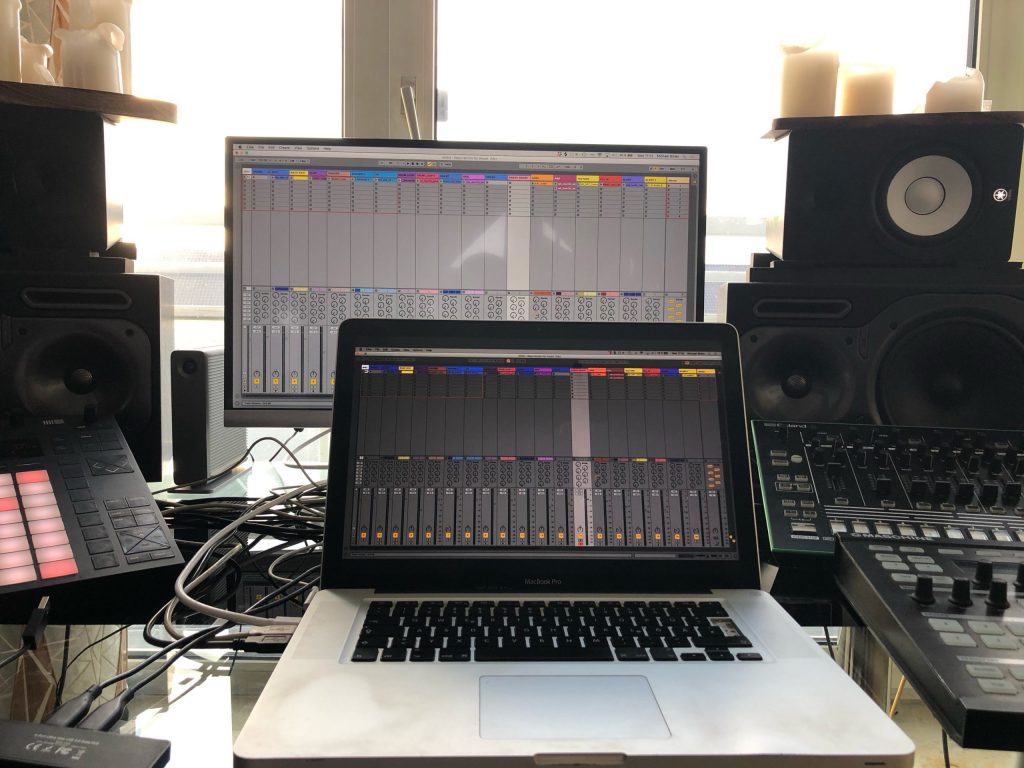