In The Studio With FSQ Member One Era: 5 Essential Pieces Of Gear 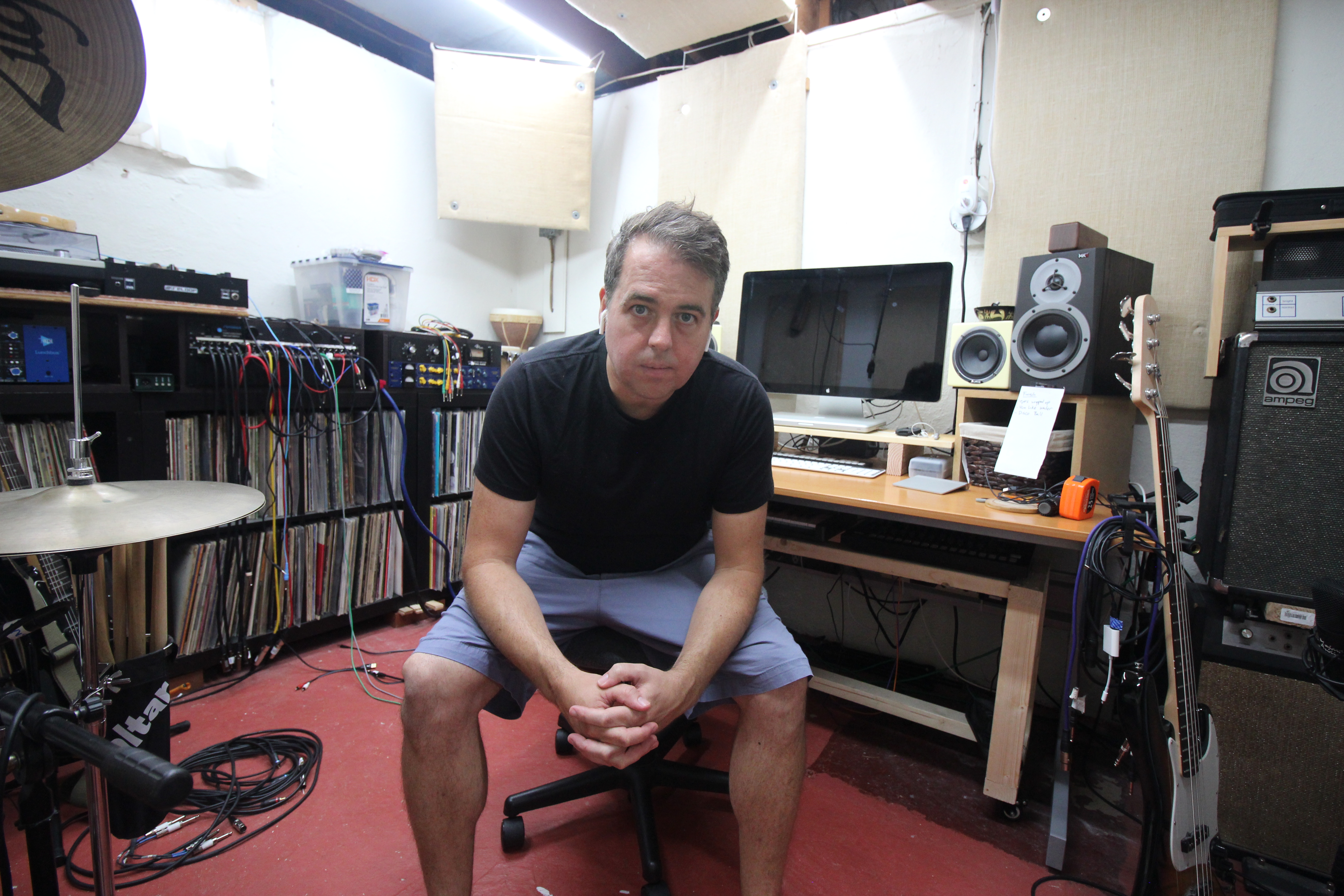 On Friday this week Soul Clap Records release FSQ’s debut album ‘Reprise Tonight’  We were given the opportunity to chat with one of the pivotal members of the group about the gear he uses most and see where the magic happens. The Philadelphia-based multi-instrumentalist Matt Coogan (One Era) has evolved musically over the years; he was first spotted playing guitar, keys, drums and bass for Rock, Indie and Electronic bands until he found the world of computer music production which marked the shift in his career. Matt’s remix work for the popular American indie synth duo Work Drugs caught the attention of Parliament-Funkadelic stalwart Chuck Da Fonk Fishman in 2013. Fishman created the group FSQ (Soul Clap Records) around Matt’s very unique Caribbean Disco sound. Sa’d Ali (George Clinton’ nephew and P-Funk member, RIP), Chas Bronz and 7 time nominated Grammy producer GKoop are the other members of FSQ, which gives the quintet a unique multilayered funk palette to create legendary tunes. Matt splits his time between FSQ and projects like Solus and One Era, on which he writes with friends and collaborators. Unlike its name suggests, One Era’s sound transcends time. You can hear One Era’s pocketed production work on FSQ’s “Zulu Congo Call (One Era Remix)”, “I Zimbra”, and “Break The Funk”. One Era helped lead the FSQ remix work for Nick Monaco, Kraak & Smaak, Midnight Magic, and Balearic legends Afterlife. One Era’s remix of “How Lucky” for Thomas Blondet, was a 2016 electronic world music break out track and it was licensed for the 2017 soundtrack for the romantic comedy “Carrie Pilby”. One Era’s latest EP “Climb In” can be found on Nang Records, along with his remix work for the label including on DJ Rocca and Dimitri from Paris’ “Stone Town”. 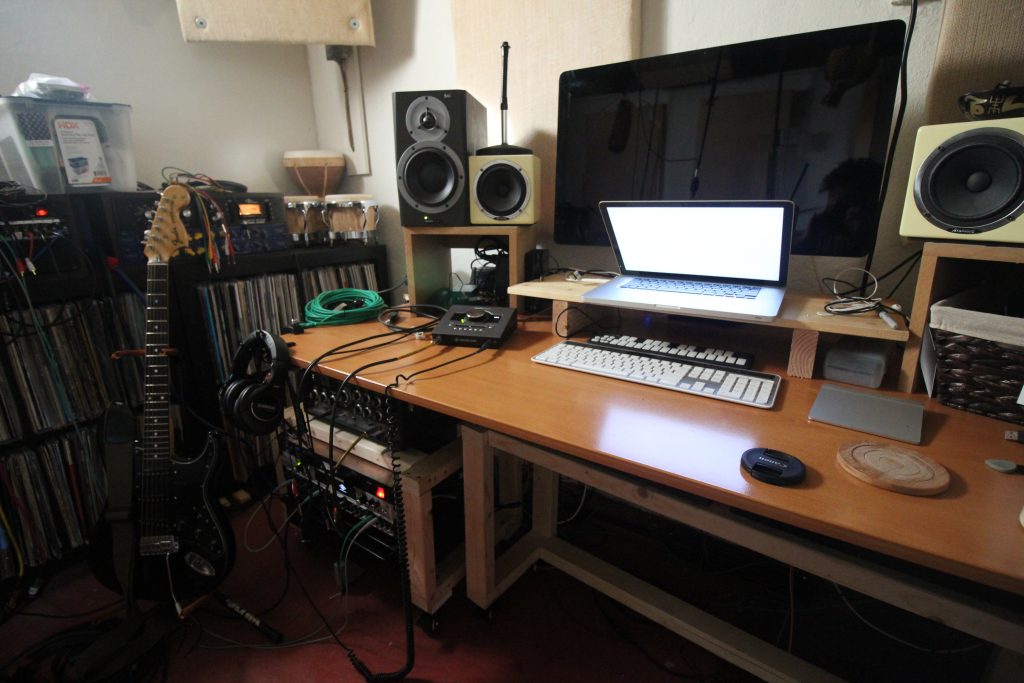 Pretty straightforward but our sound uses lots of guitar parts, not the big rock guitars you think of but I’ve always been a huge Nile Rodgers fan and to get those disco era licks the strat works great. Guitar is always the quickest way for me to write parts so its usually the first instrument I pick up for an FSQ production. 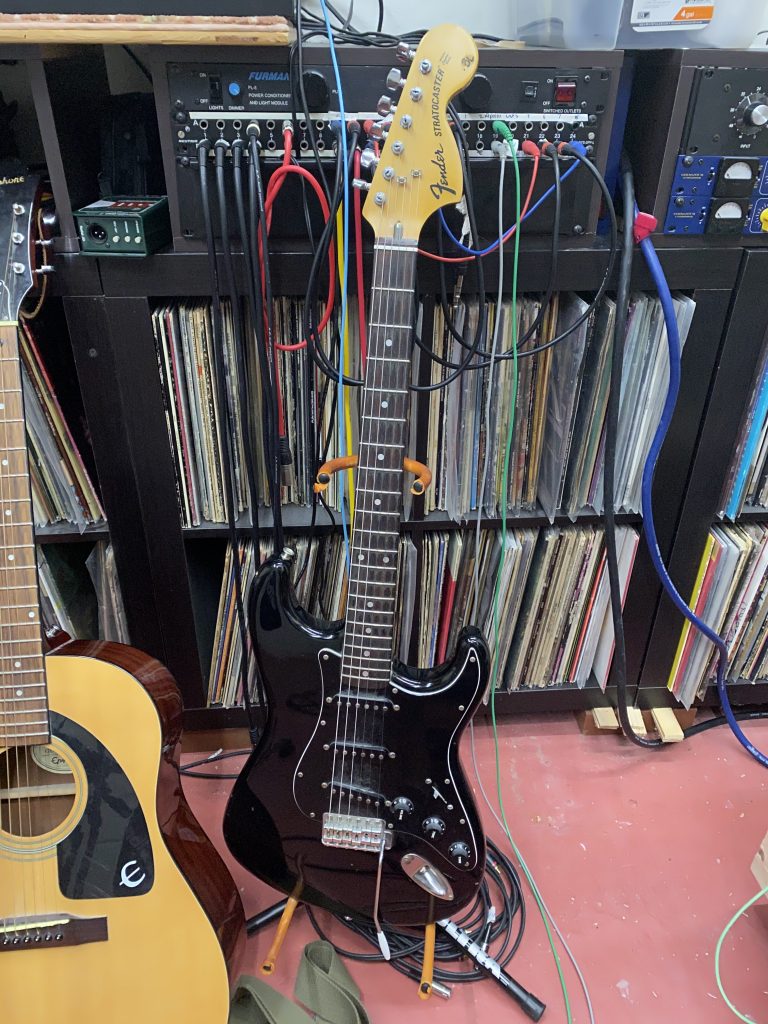 I picked this up a few years ago and this too is a super quick way to build a disco track. Dialing in kicks, snares and claps is fast and they sound great. I’t be nice to have a vintage 808 or 909 but these do the trick. We still use lots of Plugins but the TR8S always makes it into the final mix. After spending the day at Gkoop’s studio and hearing the TR8 I was blown away. I needed one. 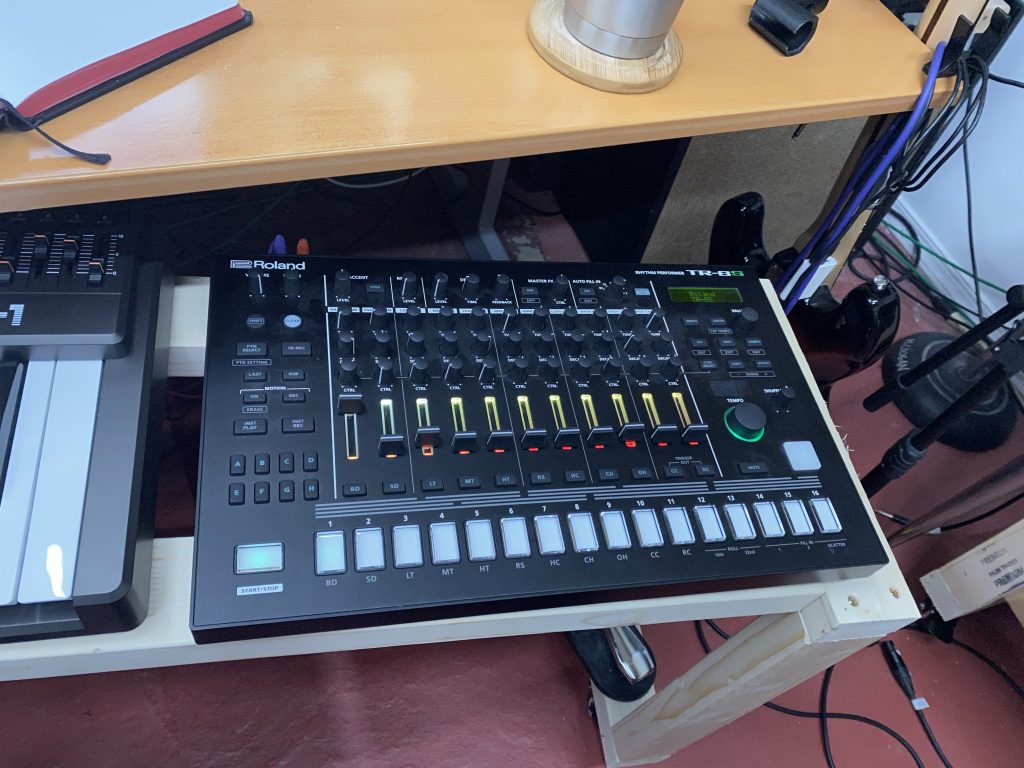 The Space Echo has been my favorite piece of gear since I bought it 15 years ago. This adds instant vibe to a track. I use it on guitar for simple subtle echo with a bit of spring reverb or dub out an entire drum bus. Chuck and I use the  “delay splash” effect that you hear in dub a lot in FSQ. You send a short blast of a track out the echo and turn up the intensity so feeds back to infinity. Its a great way to add a bed of texture to a track. 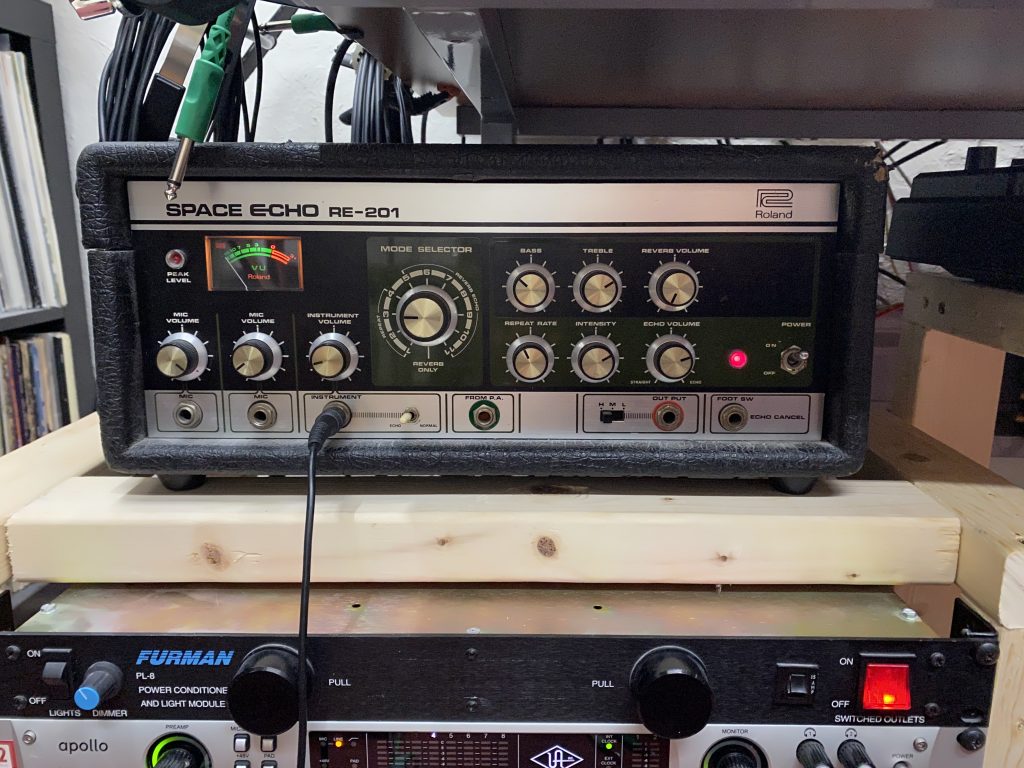 This is a vintage one I’ve had forever. It needs work but still is great for leads, bass, and effects like filter and noise sweeps. This too finds its way onto every FSQ production. The ESP (external signal processor) is a lot of fun to run guitars through. 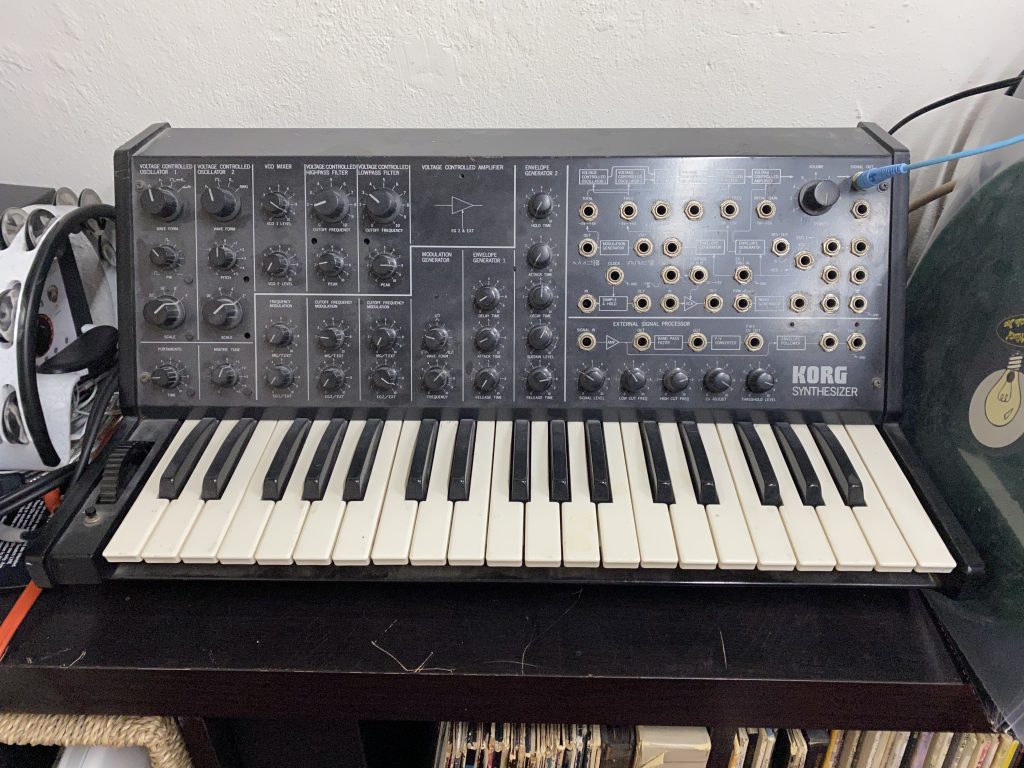 You need something to record on and I’ve been using pro tools for so long the shortcuts are muscle memory now. It does everything we need. Really I don’t want to even think about the recorder, just have it work and not have to think about how to do something. But since FSQ relies heavily on live instrumentation, pro tools works the best. We often mix full live drum kits with drum machines, virtual instruments alongside vintage synths. We tend to go for longer takes rather than loops so being able to record multiple takes using playlist and comping them together make a lot of sense for our workflow. 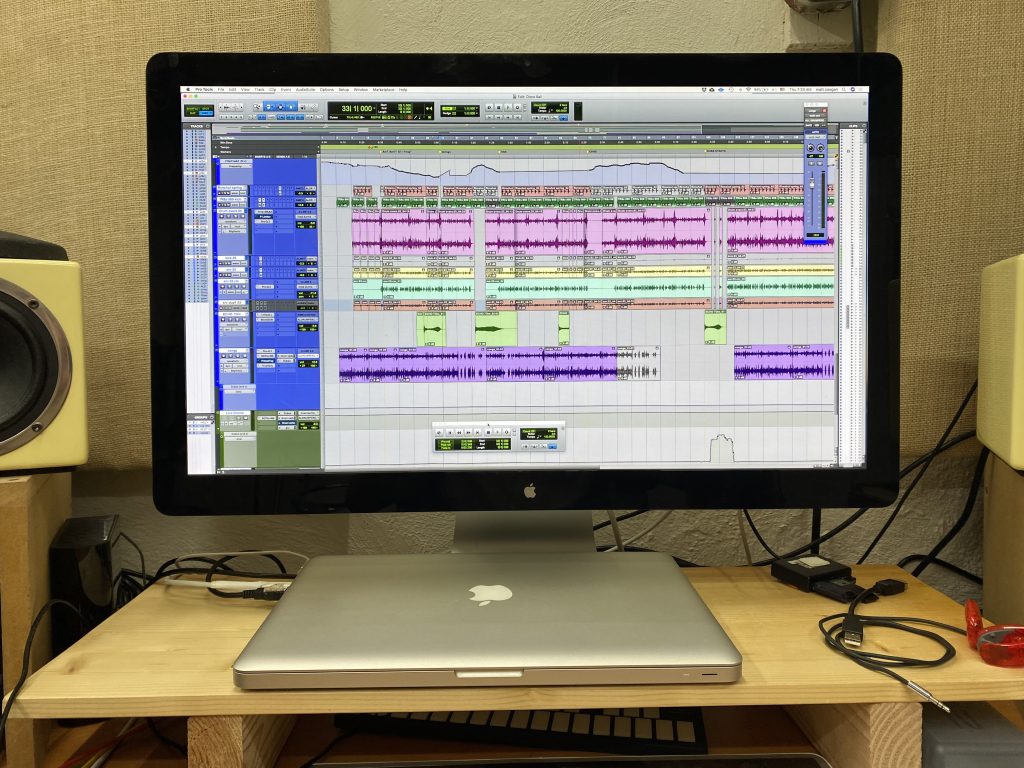