In Conversation With Narcotic Symphony… 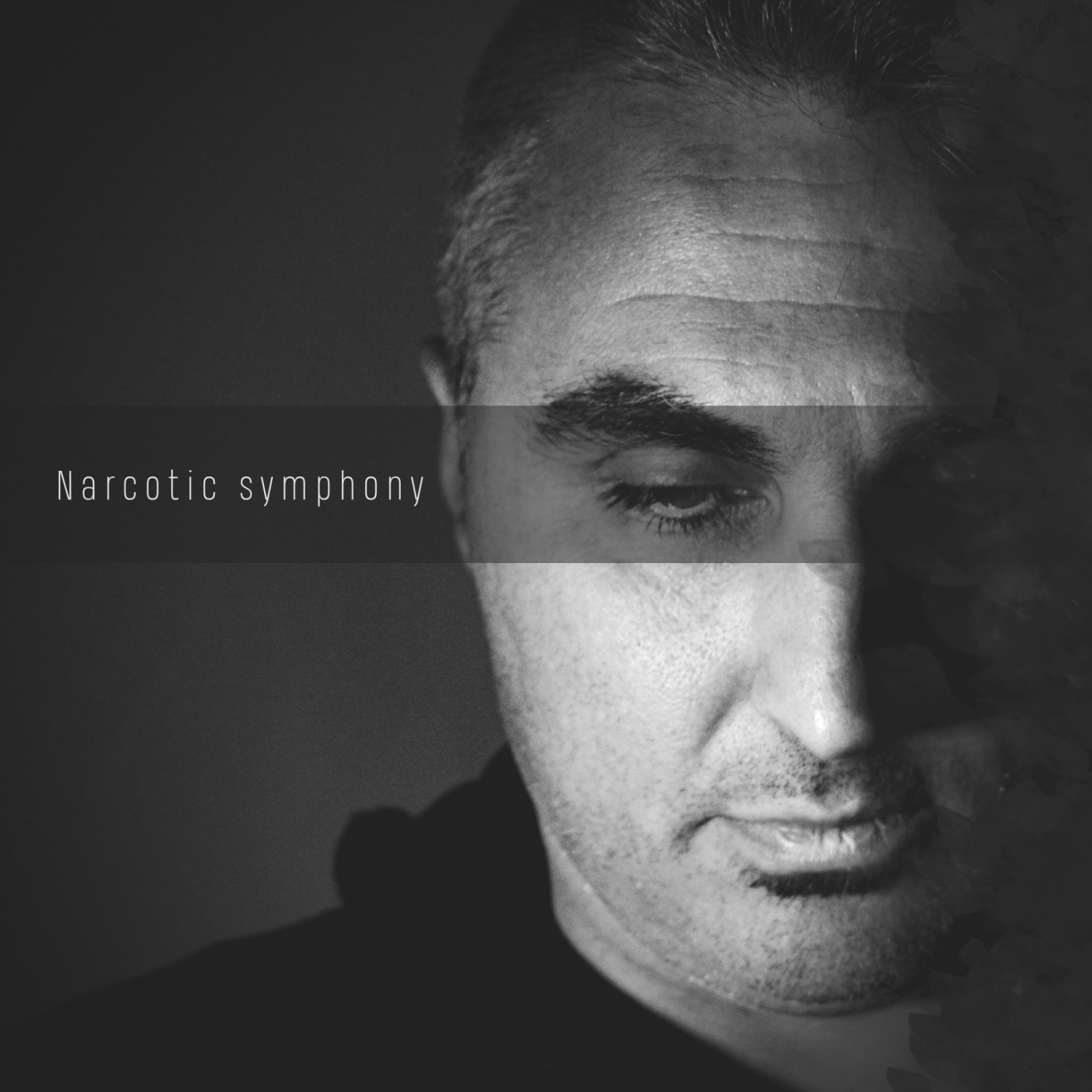 As Italian icon Narcotic Symphony recently stepped up with his unbelievable, Nature album on the prolific Introspection Recordings we wanted to scratch beneath the surface and discuss with the legend himself about his colourful journey in music, including his ideas of old and new. The album also features a great techno remix from, Locarini. Some may know him better as his Fabio N. joy alias, a name at the forefront of the integral scene in Italy for many years, stemming back to the roots of dreamy house and techno we have all come to love and adore from the country and beyond. Here is what went down….

How did your journey with music begin? And what does music mean to you?

My journey with music started as a child, I loved watching video clips of international groups from  the 70s / 80s, but I was particularly attracted to groups of electronic music like Kraftwerk and Alan Parson Project, with their experimental hypnotic sound, but the real journey with music for me started at the age of 16, when I started to approach the clubbing reality of the 90s and the figure of the djing. From that  moment I felt a strong and irrepressible attraction towards the figure of the DJ, and this led me to want to experience first hand the feeling of being behind a console and making people dance.

From that moment that feeling of pleasure that you get when you see people feel good and dance  to their musical selection has taken root deep inside me, and it has become something that I have never been able to do without.

For me, music represents an escape from the real world, a journey into one’s introspection and into  one’s unconscious, something that, for better or worse, never makes you feel alone, and I’ve  always tried to convey this feeling to others with my DJ sets. Trying to share my journey with those who listened to me play. Music for me is life and the maximum expression of freedom.

Congratulations on your “Nature” album on Introspection Recordings. It is a beautiful body  of work. Is there a story behind the album?

Thank you very much. Yes, this album has its own well-defined history, it was conceived at a very special time for all of us. Unfortunately as we know, in 2020 the pandemic due to Covid 19 arrived and consequently the time spent in the studio on my part doubled, forced by a lockdown that seemed to never end. At that moment I saw with my own eyes, the cities emptying, the people disappeared from the inhabited centers, and the animals had re-appropriated their spaces removed from the presence of the human being.

I have seen many animals walking free and undisturbed in areas where normal things could not  have been and this image of total freedom has remained within me. Seeing nature take back its own spaces in this way marked my sensitivity, making me understand that perhaps we humans have taken too much advantage of nature, we have trampled on it, producing pollution for our personal purposes. But the spirit of survival is an unstoppable thing, not only for us, but also for nature itself, including  animals.

The virus had managed to stop the world, but it had not been able to stop nature, which was slowly  returning to shine more and more, the less polluted rivers due to the stop of production of the  factories, the oceans more and more alive, the dolphins jump in areas where they could not have  been had human beings been present. All this led me to dedicate the work I was doing at that moment to her, nature. And so, Nature was born.

How did you end up working with Introspection Recordings?

The relationship with Introspection Recordings was born simply from the respect and esteem  between me and Lorenzo Magnozzi, DJ and founder of Introspection Recordings. In the past we had already had the opportunity and pleasure to work together on some events in the Tuscany nightlife in Italy, increasing respect between us and collaborating very often in the various clubs and events.

From this moment my idea of confronting and involving Lorenzo in the work I was doing and  proposing in addition to my tracks, a massive remix by Locarini, a well-known artist in the Italian  techno scene and owner of Shadow Music Rec. Nature album was born.

What studio set up did you use for the album?

I’m a deep lover of analogue and as such over time I have created an environment where I can  connect multiple analogue machines in order to have a varied setup available. that allowed me to wander in various directions. Having said that, however, the help of digital was fundamental, both in the design of my Nature album and in the various projects I am working on.

In this album I used drum machines like Roland’s TR8-S for the rhythm parts and various Korg  synths for the melodic part, but as I said before, to complete my stuff I have also used many other  synthesis emulation plug-inns such as Diva, Serum etc. and during the Mix and Master phase I  used Acustica Audio and Waves.

You have been working in music for many years, how would you say the industry has  changed for the better over the years? And for the worse?

I have been working in music for many years and have seen things change in all this time. I believe there are many positive aspects, but also negative aspects.  Synthesizers since the 70s, gave birth to a new reality and consecrated musical genres such as House and Techno and gave birth and grow to level artists all over the world, but above all they  gave us the possibility to create music simply in four walls, even in our own homes, without the need for musicians, guitarists, drummers, etc. The sound synthesis of synthesizers and drum machines have opened a real new world in music  and have facilitated the birth of electronic sounds, but above all they have given us the freedom to  experiment.

Surely a positive aspect was just that, but at the same time if you wanted to create music you had  to use these analog machines and you didn’t have the help of any software, so even just to try to  make electronic music you had to buy very expensive machinery, instead today we have broken  down even more barriers. With the arrival of computers, software, plugins, emulations of all kinds have arrived and producing electronic music has become even easier and within everyone’s reach, with a simple computer, a headset and a sound card have created real and own hits. But with this comes the other side of the coin, because the panorama has widened, the number of  DJs and producers has grown a lot and the new technology has provided means even to those  who did not have their own means, for example I am talking about software. like Traktor, Serato  etc, which thanks to the sync, that is the automatic synchronization of the bpm, has facilitated the  task for many, making DJs even those who may have tried in the past but with poor technical  results. And this has led to a reduction in the level of true quality behind the consoles, and an increase in a  method of playing, increasingly automatic and less realistic, allowing the various tracks to be mixed  by a software in a synchronized way and not by the artistic skills of a DJ.

This is why I have deep esteem and respect for the artists who even today play with vinyl and not  with digital software.

Do you have anything else planned with your Narcotic Symphony alias over the next  period?

Yes, my alias Narcotic Symphony was born about a year ago, simultaneously with another project  that I created with the alias Vinylive, concerning the theme of pollution. The record in question is called POLLUTION and is a vinyl released on Insane Code Recording, and it is a project created to sensitize people and young people to greater protection for the  protection of the environment, and was created with ecological material.

As I said, the alias Narcotic Symphony was born at the same time and represents a sort of  addiction to the symphony, like trying to imagine that the melody can be something narcotic  (dependent) for the soul, but in a positive sense. The next projects with Narcotic Symphony will be two releases, an EP on Locarini’s Shadow Music  and a new LP on Miki’s Sun Generation Records.

The first EP on Shadow Music will be called Obey Me EP, and is the result of a collaboration with a  singer named Janet. While the second release will be a 12-track LP on Miki’s legendary Sun Generation Records, this is  an honour for me, as from a very young age, I have always followed this great Italian artist with his 3-vinyl DJ sets, together with his colleague and friend Francesco Farfa.

Can you tell us one track that you remember playing when you first started to DJ to close  the interview? (Youtube Link if possible)

In all these years, I have really played everything, especially in the various DJ sets closures, when  I often tend to go to very old tracks that recall the 90s with its legendary old school sounds. One of the first tracks I remember playing but still playing with great passion and nostalgia today is  definitely A HOMEBOY, A HIPPIE & A FUNKI DREDD – TOTAL CONFUSION (HEAVENLY MIX)  1990.

I remember this track that marked the beginning of my career as a DJ, because it combines the  classic Acid House sound of the 90s with the most melodic part seasoned with a good dose of rap.  There are many other records that totally marked the beginning of my career, such as Capricorn –  20 HZ (1993), or The Age Of Love (Jam & Spoon Watch Out For Stella Mix), or Beat That Bitch by  Johnny Dangerous, but definitely Total Confusion is one of the most important to which I’m most  attached.