In Conversation With An On Bast (Ghost Kitchen / Awesome Soundwave)… 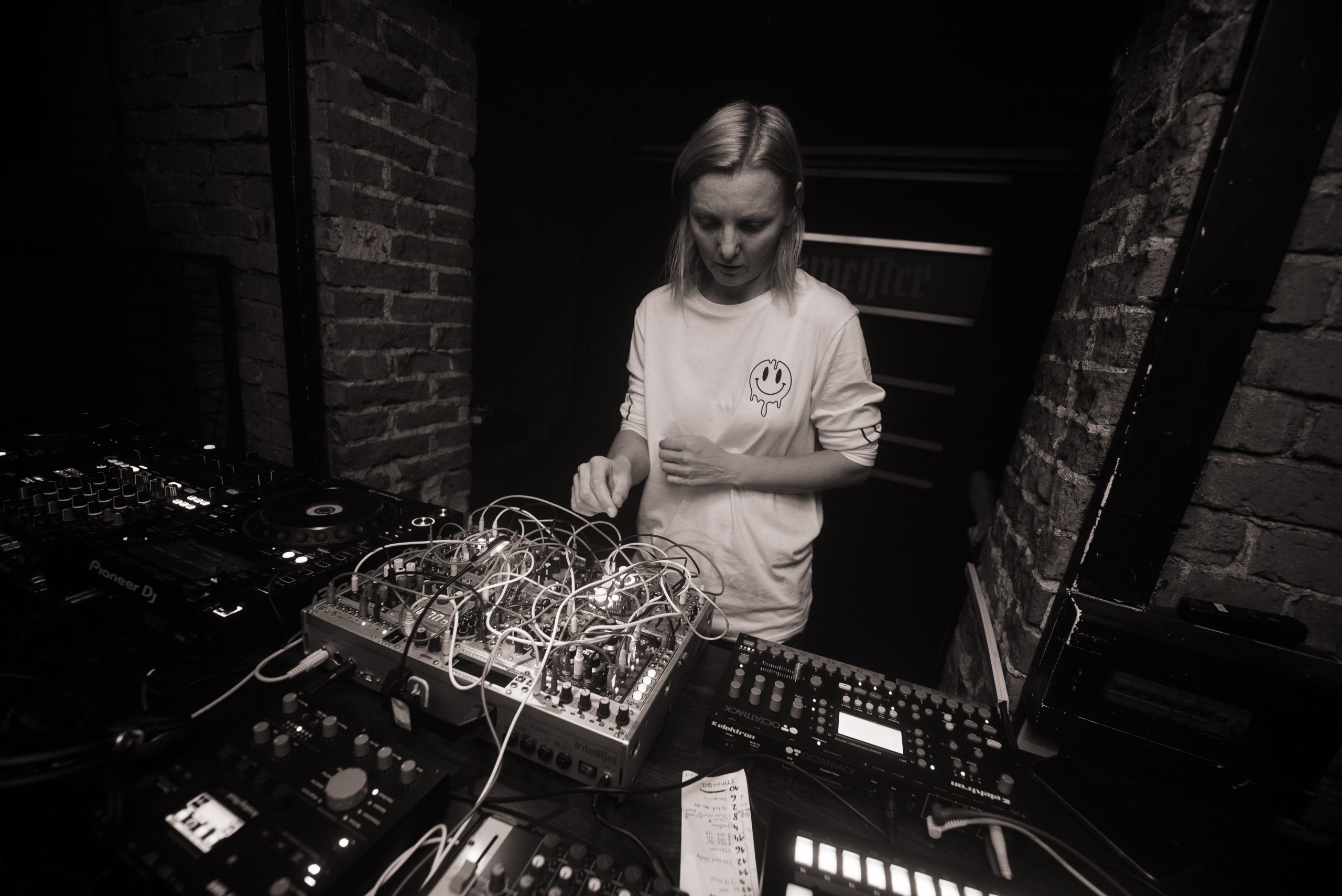 Next on board for an interview we have Polish live performer and Awesome Soundwave affiliate, An On Bast. An intriguiging artist who has been under our radar for some time thanks to her stellar productions on the Awesome Soundwave label, most recently Ghost Kitchen (of which she founded), amongst several other intergal labels. Her sound switches between various blends of techno, driving yet melodic, always with a personal An On Bast touch. Here is how it went down when we caught up with the prolific producer, discussing inspirations, forthcoming movements and much more…

How has 2022 been for you so far? Have you been making much music this year?

Very good, thanks. I’ve been producing lots of music, just finished the album, before that, two EPs. I keep making music as this is the way I express myself, so I just don’t stop myself, I fly because I want to.

Where do you draw inspiration from musically?

I think I barely draw inspiration directly from music. If any I would mention works of Mozart, Bach, Arvo Part and Chopin and plenty others classical composers. From the electronic music corner that would be Autechre and Bill Laswell, Future Sound Of London, Boards of Canada back in the days. Some unique spark is created also while I work with other musicians or when I see a live artist performing – there is this living message that gets me, but it is probably the whole human being that shines, than just the music.

I feel inspired by club or festival’s atmosphere, that’s for sure, by people dancing, smiles and joy, beauty in art in general – these are my music related motivators. Besides that, I make music that drives me first. Then I am able to pass that energy later to the audience while I play it live. There are plenty of non-musical experiences which shape myself as myself so I can then produce music from my heart without thinking of outside influences. That is my way.

Your latest EP on Ghost Kitchen explores different elements that make you move, is this something that is vital within your tracks? Do you always make dance music or explore other genres?

I started making music back in 2005 and the first three albums I released were purely electronic, IDM, ambient, story-telling more than dance stimulating. Then I bumped into club music and I felt I wanted to make people dance too. I don’t really pay attention to genres, I do care very much about emotions and stories I put in between. I love to share danceable energy while I play live, I try to produce my tracks with the same vibes. I still release different styles of music, like ambient albums, play special concerts. I sound design too and cooperate with dance theatres, film makers so there is different music to make for those projects also. My music production is always based on exploration of the sound. It fascinates me from the beginning, I’m sure this is one of the things that fires my passion all the time. Controlling the way of flowing electrons in my modular synthesiser, designing sounds, building effects chains for modulation, seeing waves on the computer screen, listening to all of those phenomena on my nice monitors  – it is all amazing adventure. Playing live is just an externalisation of this process and I love it.

Can we expect more music from you on GK any time soon? What other releases do you have in the pipeline?

I think in the Autumn the earliest. There are two EPs that came out recently on my Ghost Kitchen label. For now I focus on producing music for the labels I cooperate with. Also, I’m giving lots of attention to my live act.

Tell us a bit about the process of preparing for a live performance? How long do you normally spend on it? and what does it entail?

My live act always evolves. I prepare new elements once in a while – mostly around new releases – but the truth is I always experiment. First is the setup. For years now I play with hardware instruments, no laptop. The center is custom eurorack modular synthesizer, where I have plenty possibilities to improvise, create ideas on the fly with sequences, triggers, scales. I built it as sufficient live act machine with basses, melodies and drum voices but I wouldn’t be myself if I wouldn’t want to spice it up with other gear and at the same time give myself more possibilities. All in all it is always about playing more beautiful, build higher energies, better connect emotionally with the audience. Spending time on preparing live performance is about programming drum machines, synthesizers’ sequences. If I want to play longer polyphonic melodic samples, then I record them into Looper or put into Octatrack, prepare some MIDI sequences (sometimes not). All CV processing is live, so no preparation is needed except tuning the oscillators and just architect the paths of the voices and modulations leaving  lots of space for creation live. It depends what I want to use on stage. My current setup is modular synthesiser, Octatrack, Dreadbox Typhon synthesiser, Boss RC-505 looper, Erica Synths LXR-2 drum machine, Soundcraft mixer with effects, Analog Heat for a master warmness and stereo analog filter. Sometimes I play also with Roland TR8S, Novation PEAK, OP-1, Micromonsta2.

What is your studio baby? The one piece of gear you couldn’t say goodbye to?

Wow, just one? My studio is my baby

I couldn’t say goodbye to.. I don’t know. All of them or none of them at the same. I try not to collect the instruments, so I sell them when I don’t use them. Tons of cool machines have come through my studio. At the same time I am very much connected with each one piece of gear. I could say the console Midas Venice F24 but modular synth I guess even more. I’m thinking that in fact the Octatrack is the one that stays with me the longest for now.

Now events seem to be back in motion, do you have anywhere you are playing over the next months? What would be your ideal gig?

Yes, the dates are filling up and I’m already excited to all the venues that have already confirmed. I just played one of those ideal gigs at Kater Blau in Berlin recently. It was the club opening after some months, so there was additional energy from everybody. People enjoying music create amazing vibes and that is what make playing special. From what I can reveal I’ve been invited by Carl Cox to play at Mysteryland Festival this Summer, on his stage, as an artist releasing music on his label Awesome Soundwave. I’m looking forward to perform on Fusion Festival again this year, also to my first appearance on one the most particular polish festivals called Las (in the forest). It is going to be a hot Summer, can’t wait to share good vibes.

You can check out and support An On Bast’s recent releases here: https://anonbast.bandcamp.com/ 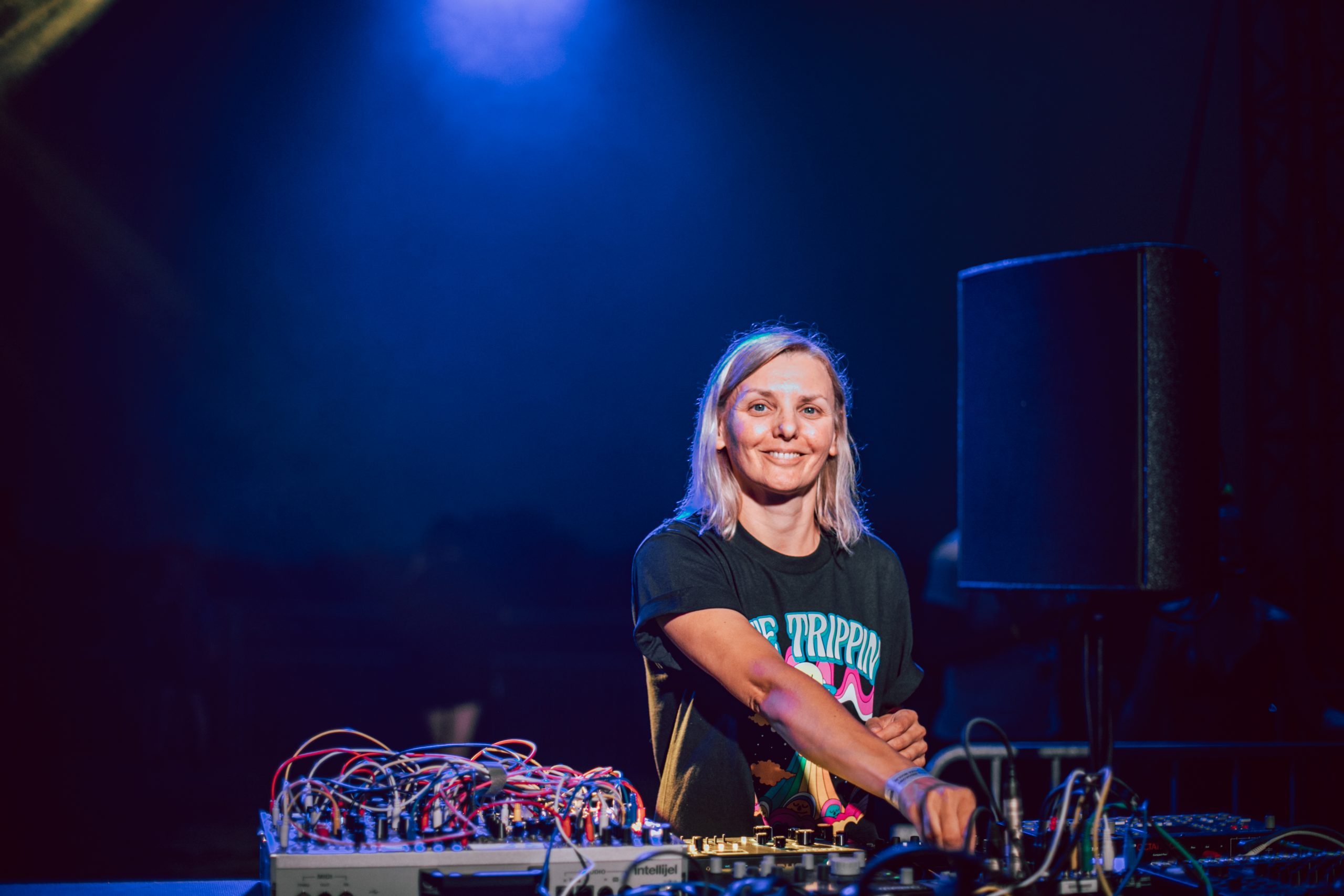