Imanbek and Goodboys link up on new single ‘Goodbye’ 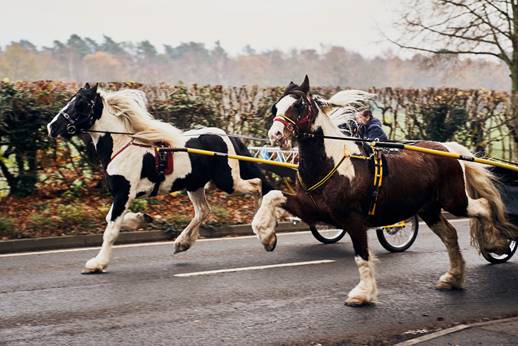 World-conquering artists who boast 6.4 billion combined streams and 39.6 million combined monthly listeners, ‘Goodbye’ sees Imanbek and Goodboys craft an infectious dance-pop jam that pairs a deep, chunky bassline with the instantly recognisable vocal hooks of Goodboys. Shot with the exclusive permission of a UK based traveller community, the accompanying official video captures the excitement and suspense of a horse chariot race, an intrinsic part of traveller culture. Directed by Charlie Robins (Rudimental, Beyoncé, Naughty Boy) the exhilarating visuals prove to be a perfect match for the energy of the track itself. Watch the video HERE.

Exciting young Kazakhstani producer Imanbek is the breakout dance artist of 2020, topping the UK Singles chart with his remix of ‘Roses’ by Saint Jhn. Just announced as a Best Remixed Song GRAMMY nominee for the worldwide hit, Imanbek has garnered over 1 billion streams across his catalogue, becoming the 84th highest streaming Spotify artist of all time in the process. Other highlights include collaborations with the likes of Marshmello, Usher, Tory Lanez, 24KGoldn and many more.

UK duo Josh Grimmet and Ethan Shore, aka Goodboys catapulted to fame with their 2019 debut feature ‘Piece Of Your Heart’, written with Meduza, which has amassed 3.4 billion streams worldwide, charted at #2 in the UK and received a GRAMMY nomination for ‘Best Dance Recording’. Their follow up ‘Lose Control’ was met with similar fanfare, achieving platinum and gold sales worldwide alongside 2 billion streams. Writers, producers and vocalists, Goodboys are a triple threat, with Josh even recently earning a GRAMMY nomination in his own right for his writing and performance as part of the Hillsong Young & Free.

A collaboration between two of dance music’s most in-demand production units, ‘Goodbye’ is a club cut with serious crossover appeal.