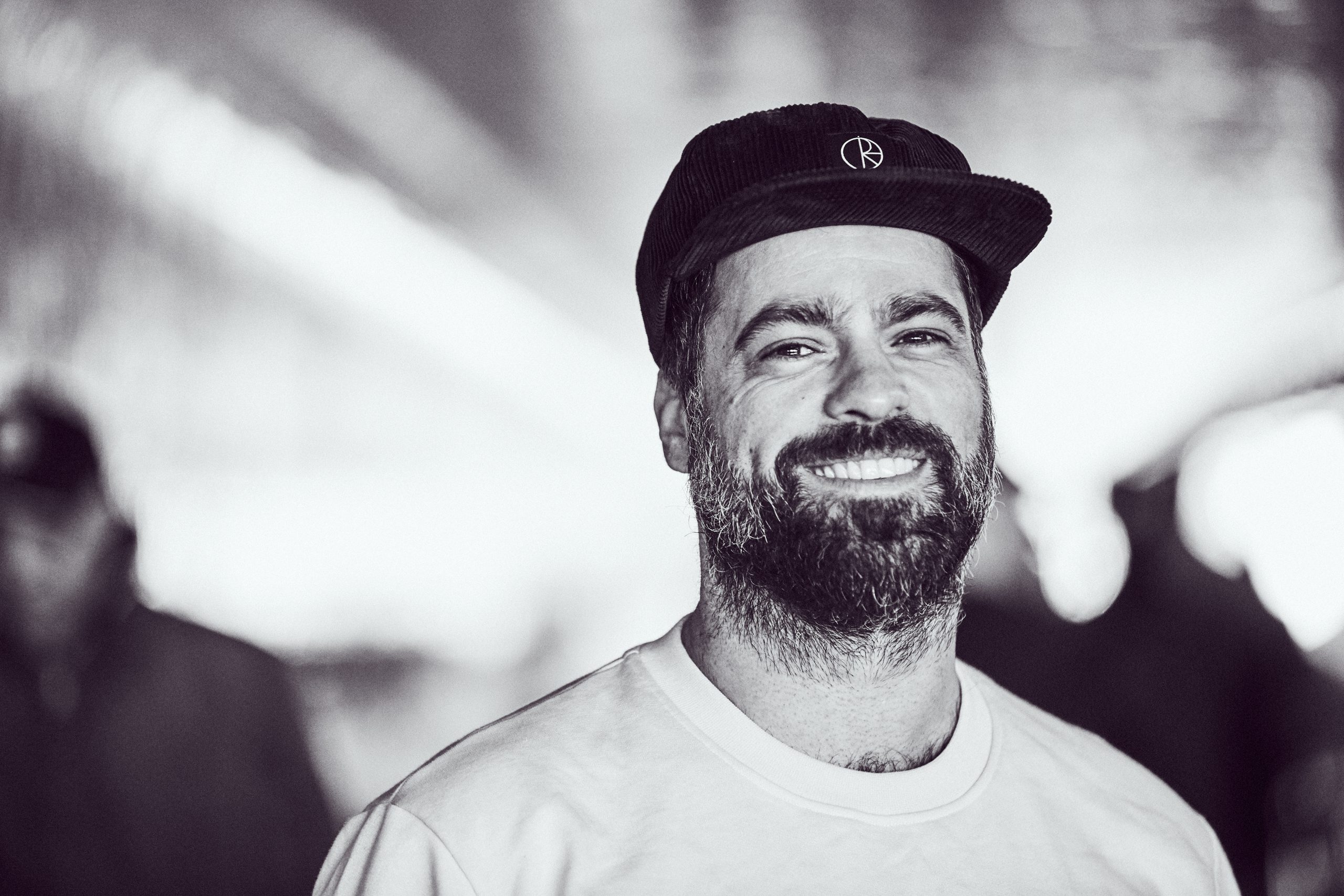 We caught up with Amsterdam based Marcel Vogel, on the eve of Lumberjacks In Hell’s 10th anniversary to talk Magic Truffles, The substance of the moon’s structure, a decade of musical development and how he’s kept dancing through one of the most testing times dance music has ever faced.

Firstly, congratulations on 10 years of the label! How did the label name come about and what made you start the imprint in the first place?

The late Mike Huckaby once said, people are trying what they can to contribute and be part of whatever they wanna be part of. And I am badly paraphrasing here but i’ve been Djing since 1996 with everything that comes with it, so it’s been kind of a natural progression. I’ve Djed, promoted parties, made beats and edits and I wanted to put out records.

The name stems from a really bad party I’ve played with a friend and we were both wearing those sexy Lumberjack shirts.

What’s been the standout track of the label to date and what is it about that track that you like?

I think I should mention several things here. Karizma’s Work It Out for the international phenomena it is and the way it moves people. Giovanni Damico’s Sounds Of Revolution EP as I think it’s an all around masterpiece where he played almost everything himself and sang too plus I love the artwork. Philou Louzolo’s Alkebulan Republic. Jamie 3:26’s & Cratebugs Hit It & Quit It. To Have Soulphiction on the label. I guess it goes on and on, just because I only release music I am really passionate about.

If you could collaborate with any artist (dead of alive) who would it be and why?

If the moon was made of cheese would you eat it?

I feel like I already have… I am currently on a diet to lose the weight again.

For the Lumberjacks that aren’t in Hell yet, how do they get there?

You settled in Amsterdam a number of years ago now, what was it about the city that made you stick around?

The record stores, the fantastic airport and ease of international travel, the comfort of the city in general, that you just cycle everywhere. Now that I have a child myself I realise it’s an extremely child-friendly city too.

The personality test… If we came to Amsterdam for a weekend with £5k in our back pocket, how, where and what would you spend it on to give us a true representation of a weekend in the life of Mr Vogel and co?

The first thing that comes to mind and it’s not even expensive at all, do some magic truffles that you can just buy in the store here. I love the record stores that keep me creative and inspired and i feel we have a huge variety of records you can find here. Spend your 5k right there and then. I recommend all the beautiful parks all over the city and i have a neat shortlist of restaurants … The Netherlands are known for their amazing festivals. Pre-Corona I believe there were 600 per year and some of them world leading. Tomorrow we’ll head to the beach actually… If you didn’t ride a bike in Amsterdam, you haven’t been to Amsterdam. A boat ride is always nice too.

As part of the decade anniversary, you’ve pulled together a pretty tight V/A with some discerning artists and producers, talk us through some of the tracks and how the collaborations came around?

I’ve met Colin at the Defected Festival last year without knowing anything about him. Luke Solomon introduced us backstage and we had a good click. He is an extremly dedicated and hard worker and super efficient. A few months later he send me this track and i said: YES!

I think i’ve first encountered Waajeed’s work as part of the Platinum Pied Pipers around 2005. And over the next maybe 10 years i discovered about his history step by step. Maybe another big hello was through his EP’s with Theo Parrish on Sound Signature. I bought a few of his 12”s on Dirt tech Reck and thought his 2018 Album From The Dirt was the best dance music album that year. I believe we connected on instagram and he asked me at some point to contribute to his Detroit Love Compilation. As a new dad i was in no state to contribute but i kind of felt it was OK to ask him for music. I mean who am I? I have deep respect for my elders, for the people who started it and rubbed shoulders with the gods. Its hard to express this any other way. But yeah it worked out and I am very happy about it.

I guess this one circles back to my close connection to Rahaan and also many other Chicago DJ’s and producers. I think I know Boogie Nite since my early days on the Bring the Heat Message board where people used to post mixes and Disco Battle each other. Fun times in the early 2000’s. Boogie Nite is the only artist who has a track on all five Lumberjacks in Hell compilations, includeing the one on BBE.

I’ve been collaborating with Jules for over five years on various projects. He is a brilliant keyboarder who has had a lot of patience with me and helped me to create some great music. The connection to Detroit legend Javonntte came via the remix we did for Laseech – More Than Friends last year. I am very proud about this piece as it’s a call back to Kerri Chandlers Digital Soul series that accompanied me for a long time.

Maarten and Lars are wonderful people who always support the label and we talked about working together many times. Ironically i’ve met them in Croatia for the first time and i think we share a similar strange sense of humor. I am very happy that after five years of talking about it we finally made it happen.

I am good friends with Dario who used to be apart of Alma Negra, who previously have released a 12” on Lumberjacks. He is a creative chaotic genius who has magical powers to look right into your soul.

We are basically mutal fans of each other and have yet to meet in the real world. A lot of my A&R is of course done via social media. Sometimes it’s funny you’d think you’d run into each other way sooner in real life but once the pandemic is over… whenever that is…

On I’ve met James while touring and I wasnt aware how deep his history is. He’s originally from Chicago but love kept him sound and safe in Adelaide where he is working as a sound desginer for movie projects.

Bolting Bits · PREMIERE: James Curd – Let's Get Get Get It

COVID-19 has been the not so subtle elephant in the room this year. How has it effected the industry for you personally and how have you worked around the current situation? What positives have you managed to take away from a highly negative situation..?

So I have to say I had a really good year. I mean lets not talk about touring. But I enjoyed to spend the time with my son and my wife. I’ve cooked much more, made loads of music and practiced the piano daily. The weather in Amsterdam was great. Obviously lets not talk about touring. All in all I feel very blessed and I am sure i’ll remember 2020 very fondly. I guess the only thing is, I am always hustling for time but i suppose thats normal with kids.

What’s next for LIH?

And what’s next for you as an artist?

I am currently working on loads of remixes and my own projects and hope it will all come out soon. Still waiting for a bunch of remixes i’ve done in the past 1.5 years to come out too… i guess being a producer is a lot of waiting.

GRAB YOUR COPY OF ‘FROM HELL WITH LOVE 2’ HERE