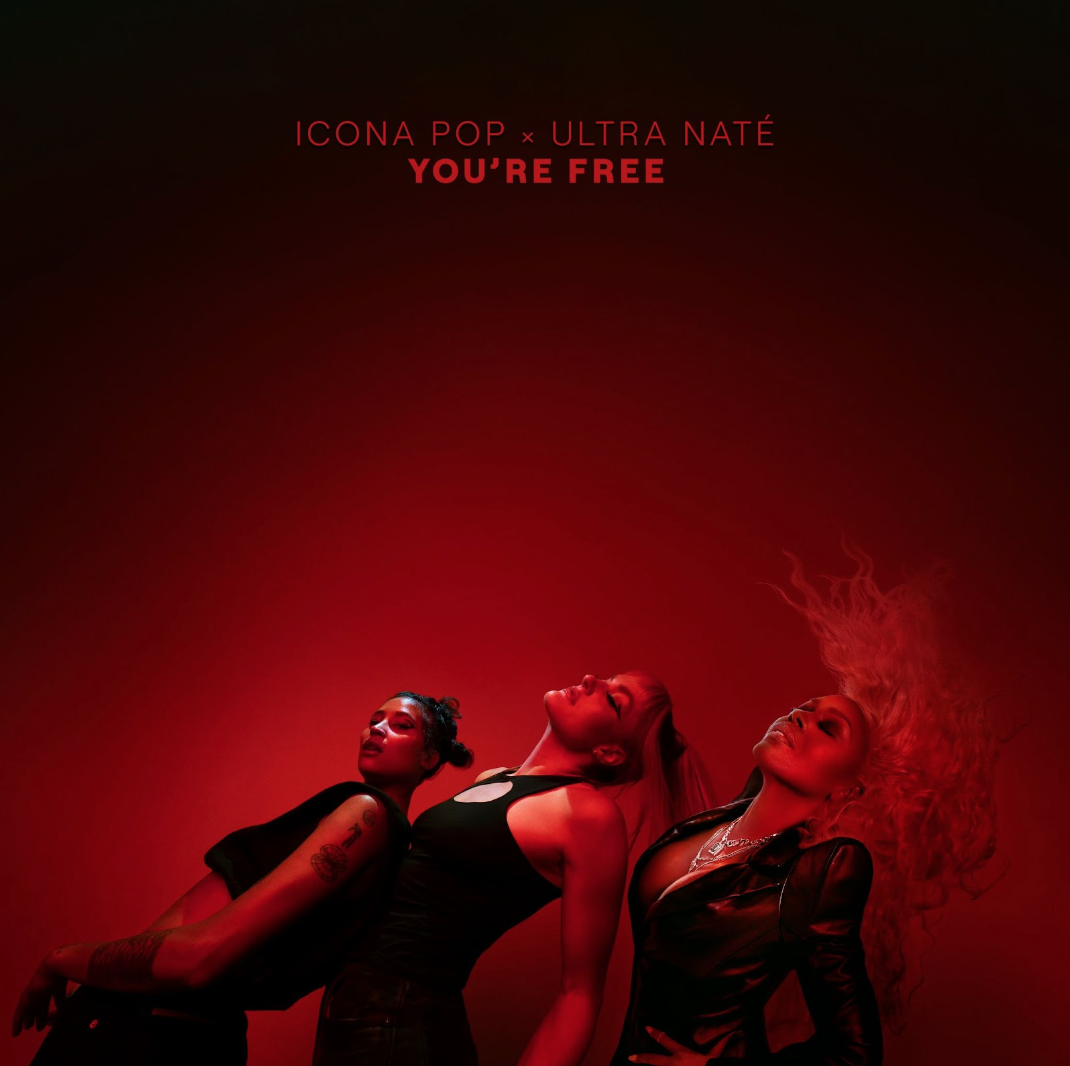 An infectious modern rework of  the 1997 Ultra Naté classic ‘Free’, ‘You’re Free’ combines Icona Pop’s instantly recognisable vocals with a driving bassline and euphoric breakdowns. It marks the 25th anniversary of the original, an adored track that topped the US Dance charts and hit #4 on the UK Singles chart, where it also went platinum. The new release follows ‘Payback’, Icona Pop’s collaboration with Cheat Codes that has since racked up over 4 million Spotify streams, and precedes four New York dates for them (full listings below).

“We’ve always loved Ultra Naté’s original ‘Free’ and used to play it in the clubs as DJs in Stockholm, even before we started Icona Pop!” the duo enthuse. “It is the ultimate expression of what we want Icona Pop to represent: freedom to be whoever you want to be, live life to the fullest, and have fun. At first it was intimidating when we started to play around with the idea of making a new version, but it felt natural and really came together when Ultra Naté said she wanted to collaborate on our version. We are beyond honoured. Ultra Naté is such a legend and this song is a classic. We hope that we have done it justice”

Ultra Naté adds: “I’m so excited about this collaboration with Icona Pop and the reimagining of my classic, ‘Free’, on its 25th Anniversary. I feel like what has come together here is so special and made for this moment. ‘You’re Free’ really is the kind of interpretation I had hoped for. To introduce the song to a next generation of clubbers in a way that is not framed as nostalgia, but as very now. It’s so important to find a way to bridge the gap when working with such a highly identifiable, classic record – and believe me, many have tried over the years! When I first received the demo to hear the concept and where the production was going, I immediately felt good about it. I love the new parts, the energy, and Aino and Caroline’s distinct singing style. It all feels like a big party with a lot of in-your-face attitude, and I’m here for all of that! “

Swedish duo Icona Pop continue to slay since their 2013 full-length debut This Is…Icona Pop, which garnered critical acclaim from the likes of Pitchfork and Rolling Stone. They have since embarked on sold-out tours with the likes of Miley Cyrus, Katy Perry and One Direction, performed alongside everyone from Avicii to The Chainsmokers, as well as gracing the stage of Ultra, Tomorrowland and many more.

Ultra Naté is a singer, songwriter, record producer, DJ and promoter who is best known for a string of 90s dance hits, such as ‘If You Could Read My Mind’ (as part of Stars on 54), ‘Automatic’ and the aforementioned ‘Free’. In 2016, she was ranked as the 12th most successful dance artist of all-time by Billboard.

Icona Pop and Ultra Naté come together for a beautiful reimagining of one of the iconic dance tracks.