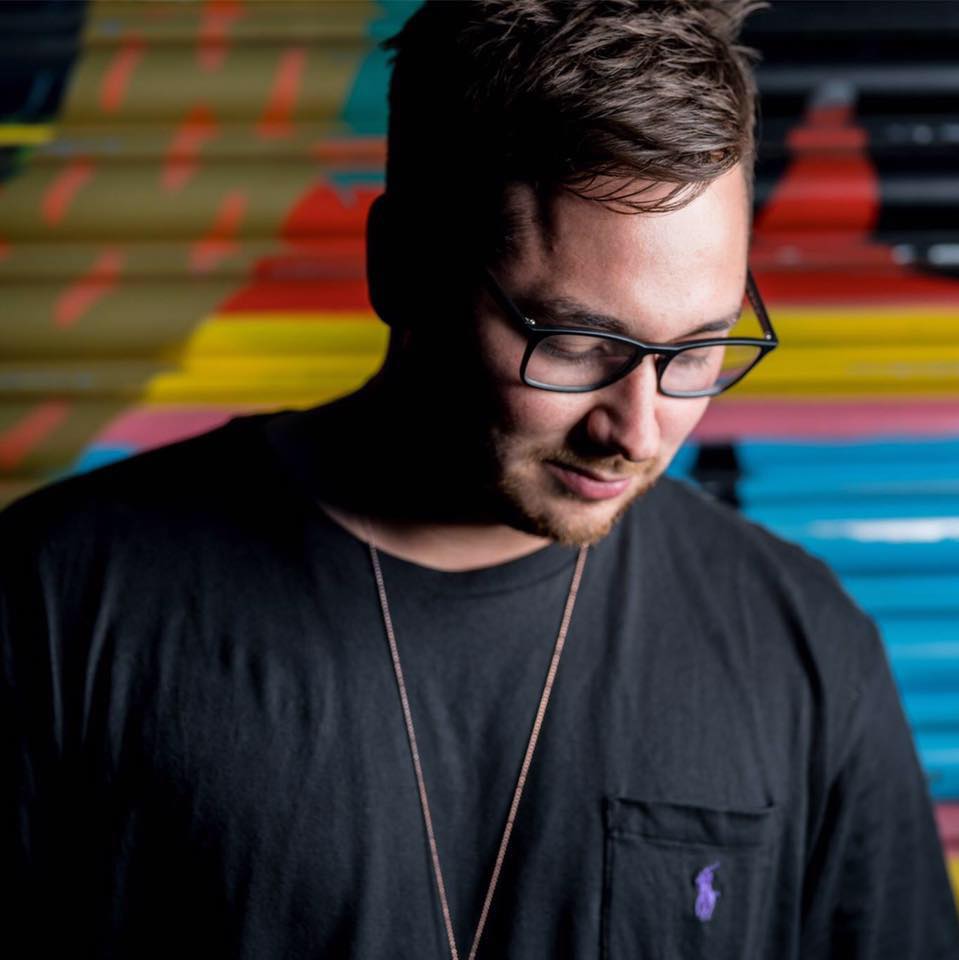 In the last couple of years, London based DJ and producer, Iglesias, has cemented his place as one of the Top 100 best-selling Tech House artists and a future heavyweight on the scene. In a short space of time he’s had music released on respected labels including VIVa MUSiC, Sola, Repopulate Mars, Solid Grooves and Kaluki. His original productions have subsequently gone on to receive widespread praise and support from some of the industry’s biggest artists including Steve Lawler, Latmun, Marco Carola, Solardo and Detlef.

This week he joins the Nothing Else Matters family with his debut single for the label. ‘Don’t Ya’ encompasses his signature sound; drawing on inspiration from Italian rolling grooves infused with classic disco elements and offering effervescent percussive patterns, infectious vocals and a rolling, sultry bassline layered with pulsating low-ends.

Thanks for talking to us today… the Mercury Music Prize winner has just been announced, so thought we’d start by asking what your album of the year so far has been?

Hey guys thanks for having me! Ahh okay. So this will probably come as a shock to many people on my answer to this. But growing up and living in America for the first part of my life, I am actually proper into punk and I’ve been waiting for the new Blink 182 album to drop (NINE) for a while and it’s incredible. Every time I’m on my way to a gig I will pull up their page on Spotify and listen on repeat. I used to be a drummer also and looked up to Travis Barker which is why you will hear a tonne of percussion in my records nowadays!

So DJing came first for me when I was 16. I bought a little controller and used to mess around at school mixing and blasting music (badly) out of the window whilst everyone else was out on lunch break. No-one enjoyed it, but I did hahaha! It wasn’t until University when I started gigging more and blagging my way into clubs for DJ sets that It became more than just a hobby. I was playing on some pretty decent line ups and also throwing my own parties at that point – I was never into the fact you could make money and even though my events went well and everyone had a good time, I normally lost a load of money hahaha. I put them on so I could meet the likes of Latmun, Steve Lawler, wAFF etc etc… I soon got bored of constantly being that guy that opens up the dancefloor, promoting events (I wasn’t great at it lol) and I wanted people to be playing my records instead of playing everyone else’s. I enrolled at Point Blank in London for 6 months and the rest is history. I got a side job building cookers for my friends dad for a few hours a day and then would come home to practice making music until the early hours of the morning. Sleep was rare at that point and still to this day – it still is!

Who were your musical heroes growing up?

As I said above, I was really into Punk/ Rock and anything that had driving drums or was drum orientated – something with a beat. But my mum is a huge disco fan and she was the one that indirectly got my into House music. We would have everything from Chic to Bee Gees to Kool in the Gang playing in the house and car. Back in her prime she would go out on a Friday night and come back to work on the Monday morning every weekend – Sober. She was in it for the music and loved dancing. That’s definitely rubbed off on me. I haven’t touched any substances for nearly 6 years now which is why I think my music has constantly improved and I am able to focus in the week.

Over the last few years you’ve released on some incredible labels… what have been some of your personal highlights from your career so far?

I’m incredibly proud on the stuff I have been writing lately and overwhelmed with the response I have had when signing to labels. It’s never an easy thing sending music to labels as you are essentially being judged on something you have put your heart into. But I think the best feeling I had was once I finished Subdue. It’s hard to say or know when you finish writing music if people are going to enjoy it and respond to it as well as you do. I think every track I write is the best thing I have ever done haha. The story behind it is a long one but in a nut shell, I went to Music On and heard Marco play a track using that Vocal sample (Mr. G – Daily Prayer) and it blew my mind. However I knew I could put my own twist on that sample. Marco had been playing that track for the first half of the Ibiza season so it was going to be hard to break that pattern. But I came home, went straight to the studio and wrote Subdue. I sent it to him on the Tuesday, flew back out on the Friday and he was playing mine instead (every week for the rest of the season). I nearly cried haha! It was such an incredible moment and one that I will cherish forever.

What would you say makes you stand out as a DJ?

I would say that I am pretty humble behind the decks. I don’t have a huge personality like a lot of others in this Industry behind the decks; you won’t see me jumping on the stage or throwing cakes into peoples faces – but I think that is something that does make me stand out. I like to push my self in what is capable when mixing music. I will normally be playing off 4 decks with a RMX 1000 and a A&H Xone 92. 2 of the decks will be used for tracks, 1 will be used for acapellas and the other for effects. There is always a lot of stuff going on when I DJ, so I would say something that makes me stand out is understanding my music library inside out, knowing what to play in certain situations and when to create tension and atmosphere during a set.

Tell us about your latest on Nothing Else Matters… how did you hook up with Danny and the label?

So just under 2 years ago I sent a record to Danny and unfortunately we weren’t able to make it work due to a few things and so I signed the EP on Sola. Danny still continued to support this release however and played it during his show for 5 weeks straight. I’ve got a huge amount of respect for Danny for this and so as soon as he said he was relaunching the label I knew I had to get on there. I told him I would write something for him and a year later I did just that with Don’t Ya. I wanted to write a follow up track to the one I signed on Sola and make sure that Danny had first dibs on it. I am pretty sure I sent him a clip on whatsapp and he was like yep, I want it haha!

What do you think a really good label adds to a release?

Nowadays labels are popping up left right and centre, releasing tonnes of music without any real thought into it. If you look at the Top 20 underground labels, they are run (or were started) by an artist with a good following, a string of successful releases, a good understanding of the industry and with a lot of contacts. A lot of the labels that I choose to send music to and sign with put a lot of time and effort into every single release with enough breathing space between them for myself and the label to promote. I don’t run a label so I can only speak from an artists point of view.

Tell us about an artist you’ve discovered this year you think we should be checking out?

There are loads of artists I could talk about here as I am constantly searching for new music and listening to promos. One that I have to mention is a guy called Ben Cheel. He used to send me pretty heavy industry Techno but has recently combined that style with a tech house groove. His synth work is next level and every time I play his music out the crowd go crazy. Definitely check this guy out! I am pretty sure he has some music coming out on Resonance Records and Under No Illusion soon.

This week I will be releasing the single Don’t Ya on Nothing Else Matters and then next month I have a 3 track collab EP with Latmun which will be released on Sola (18/10/19). I’m currently sitting on around 25 unreleased tracks as well though which I thoroughly test before I decide to send them out as Demos. So in the next week or two I will be fire out some EPs so we will see what happens. I’ve also written something very different with Max Chapman. Earlier this year I got fed up of searching Youtube and Splice for rare vocals that people will have heard of before – we all try to find the impossible haha. So I decided to write something completely different and have a song-writer and singer come down to the studio to work on it. Myself and Max are honestly blown away with how nice this sounds – it’s a proper crossover track. But yeah, I’m sure news on that will come out later this year.

I’d just want to thank everyone that has been behind me from the beginning, whether that be listen to my music on Soundcloud, attended any of of the shite shows I played back in day or just sent me a nice message on instagram. When I am in the studio for 16 hours a day I always look back and remember why I do this and it’s genuinely for all of those reasons.

Thanks MI4L for chatting with me! Let’s do this again soon.