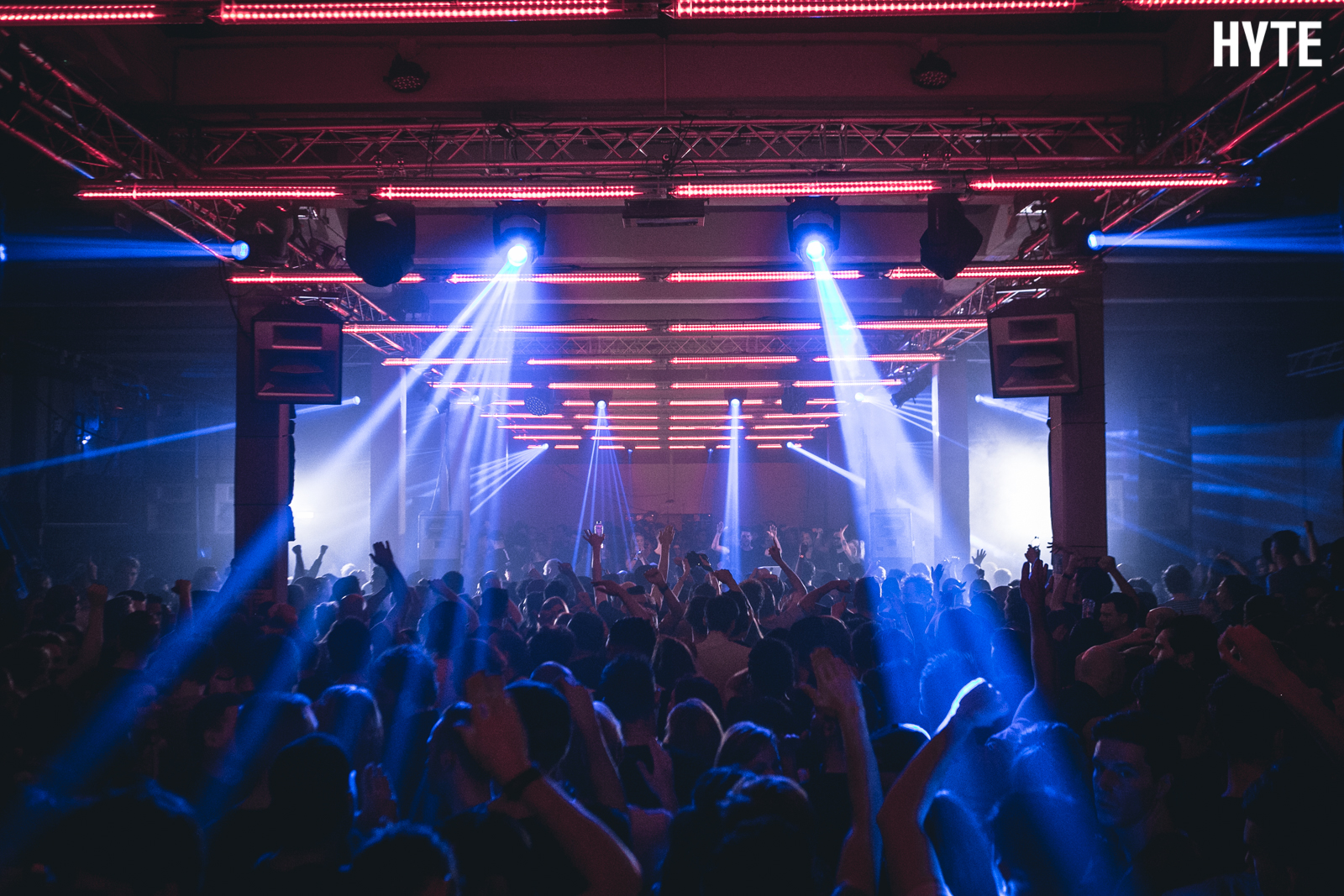 HYTE Amsterdam: After a 15 month hiatus HYTE returns to the infamous Dutch capital

Hot on the heels of its standout New Year event in Berlin, Friday, February 28th will see HYTE is back on the road and making a comeback to its second home Amsterdam. It was only a matter of time until HYTE returns to their spiritual home of Warehouse Elementenstraat for a one-off showcase that promises to be special. Leading the charge will be none other than Marcel Dettmann, Planetary Assault Systems *live, FJAAK and Anfisa Letyago, while room two will be hosted by long-time HYTE companion Ferro, who invited Fumiya Tanaka and Voigtmann to share the decks with him 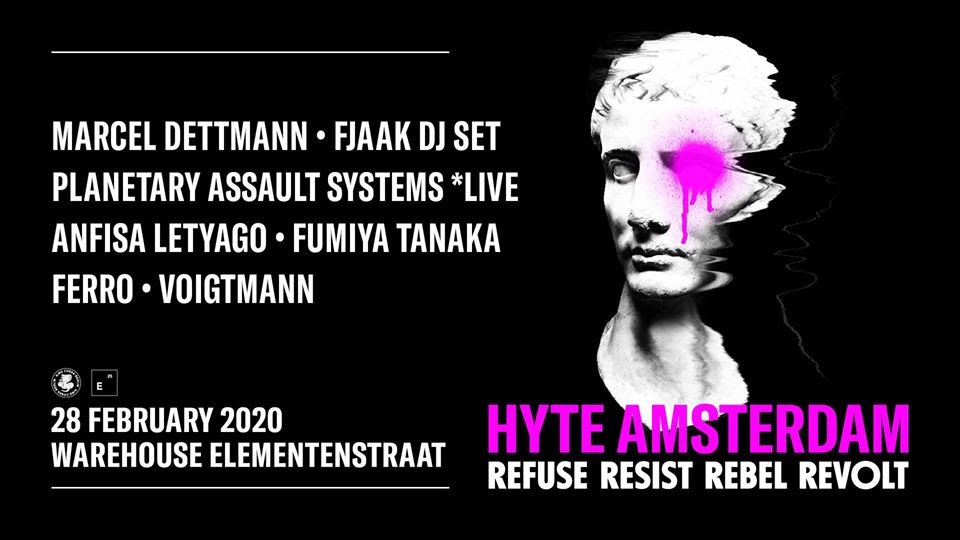 Berlin heavyweight and techno royalty Marcel Dettmann heads up the lineup for February’s event. As one of the figureheads of underground techno Marcel has crafted a career that spans decades behind the decks. He recently launched his new label ‘Bad Manners’ which saw him host an epic 24hour party at Shelter during this last years ADE.

Joining Marcel on the night will be the self-proclaimed ‘techno boyband from Berlin’, FJAAK. The hardworking duo are constantly churning out new productions, showcasing their ever-changing style that weaves between House, Techno, Ambient, Breakbeat and more, whilst juggling a hectic tour schedule and perfecting their live show. 2020 will see them release their 2nd album and promote their exciting new project Spandau20, they’re sure to deliver an unmissable set.

Also playing the main room will be multifaceted Berghain resident Planetary Assault Systemsaka Luke Slater. Over the course of his expansive 25-year career, Luke Slater has amassed a back catalog that is as diverse as it is extensive, with a style that evokes constant energy, melodies, and mesmerizing loops.

Rounding out the main room will be the latest edition to the HYTE family and rapidly rising star, Anfisa Letyago. Despite only recently gaining recognition, her productions have won the support of many key players in the industry whereby her style moves between that of hard-hitting techno, groovy deep house and other realms of underground music.

Switching things up and playing host to room 2 will be local hero and VBX frontman, Ferro. He invites no other than the Japanese sound connoisseur Fumiya Tanakaand and London’s very own Voigtmann to share the decks with him. 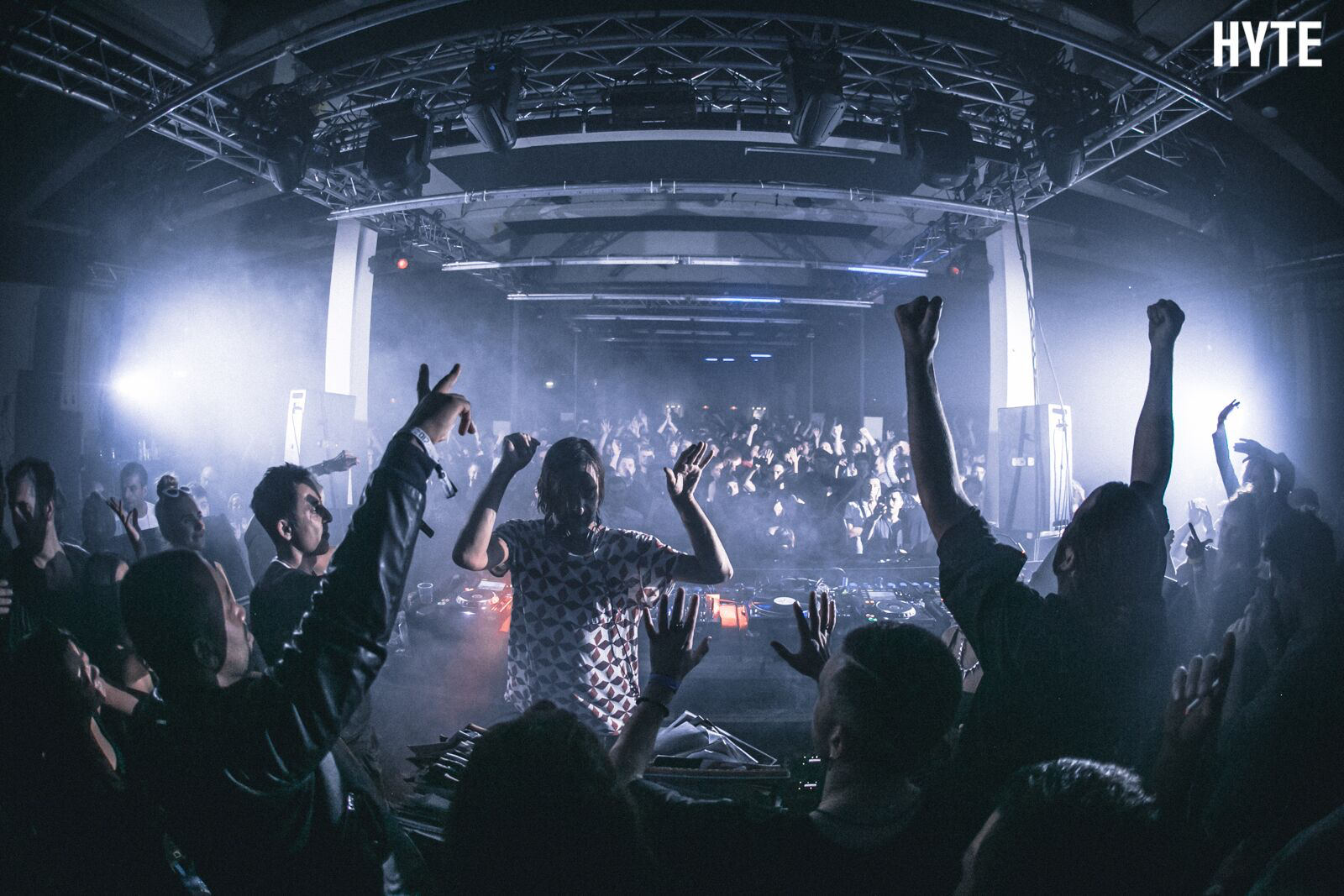