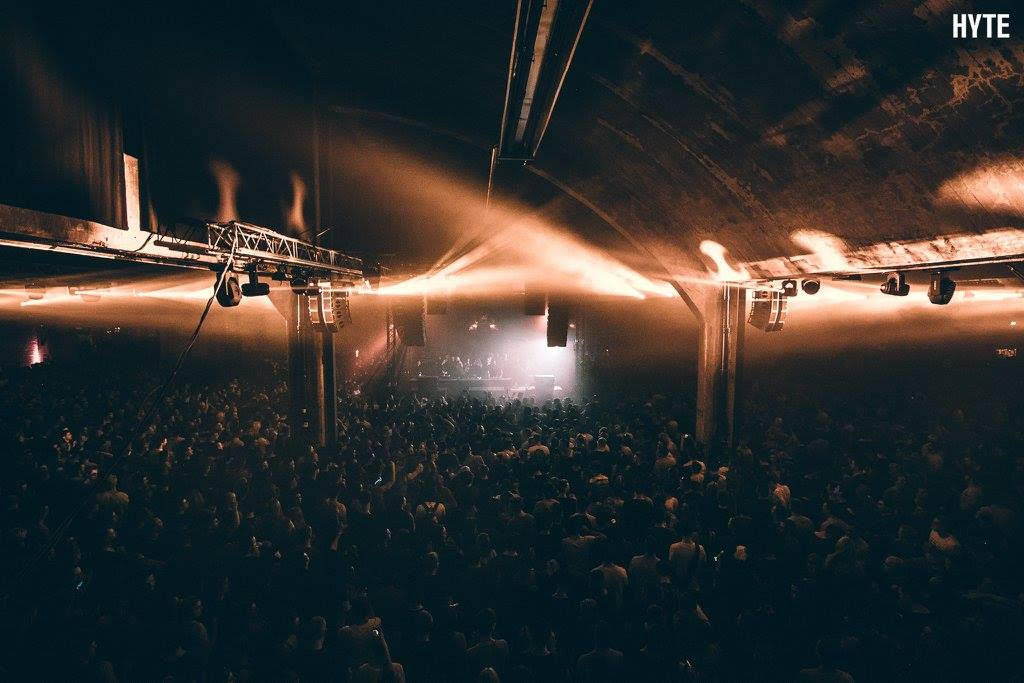 After a globe-trotting year of events, renowned festival brand HYTE returns to its homebase Berlin on New Year’s Eve 2018 for a 24-hour marathon with another carefully curated line-up to present its annual flagship festival. The venue for this spectacular occasion is once again the iconic Funkhaus, an impressive complex of buildings, which provides the perfect setting for performances of established headliners, such as Richie Hawtin, Adam Beyer, Pan-Pot, Amelie Lens and Stephan Bodzin, and highly-respected talents of the underground scene, like Anthea, Archie Hamilton, Gregor Tresher, Djebali, Fabio Florido, Guti, Butch, wAFF, Ferro, Woody or Yaya, to name but a few.

It became already a loved tradition: Each year ends with HYTE NYE Berlin. Started in 2014, the annual festival event became a fixed date in the calendars of electronic music lovers from all over the world, well-known for cutting-edge benchmark-setting production, imposing sound and light installations, astonishing venues and line-ups consisting of globe-travelling high-profile talents, acknowledged heroes of the underground scene and the hottest up-and-coming names. And that is the case again for HYTE NYE Berlin 2018: Providing the soundtrack will be techno and house’s finest international DJs and live acts, including Adam Beyer, Amelie Lens, Anthea, Archie Hamilton, Butch, Caleb Calloway, Djebali, Fabio Florido, Federico Gardenghi, Ferro, Gregor Tresher, Guti, Mahony, Pan–Pot, Richie Hawtin, Soulphiction, Stephan Bodzin, wAFF, Woody and Yaya, and a special guest, which is a close member of the HYTE family and will be announced in the coming weeks.

The venue for HYTE’s 24-hour New Year’s Eve special is once again Funkhaus in Berlin. It is a colossal and iconic East German complex of buildings, located next to river Spree, dating back to 1951 that used to be the largest radio-broadcasting site in the world. Today it is a treasure trove for Berlin’s music culture. It mixes modernist, clear Bauhaus design with monumental architecture and cavernous industrial halls. Both rooms of HYTE NYE Berlin are based in the gigantic Shedhalle, a part of Funkhaus Berlin, a vast warehouse space, with arched ceilings, steel girders and proper industrial aesthetics, overlooked by a huge gallery. A fantastic space with a raw, stripped back feel that will become an perfect adult playground for one night and day. It will be converted with immersive lights and a powerful sound system that will deliver every beat and hi hat with HD quality to every part of both rooms.

In the last year, HYTE brought events to New York, London, Miami, Vietnam, Amsterdam, Eindhoven and the MDRNTY cruise on the Mediterranean Sea. It has been another year of setting up solid underground events with immersive atmospheres that bring people from all backgrounds together, as well as offering peerless production that always sets them apart.

HYTE NYE Berlin truly is the flagship event of HYTE that brings visitors from all over the globe to Berlin, the capital of techno and house. More than 60% of the crowd, in fact, comes from outside Germany, and so this annual institution in the yearly rave calendar is only getting better and better as time goes by.