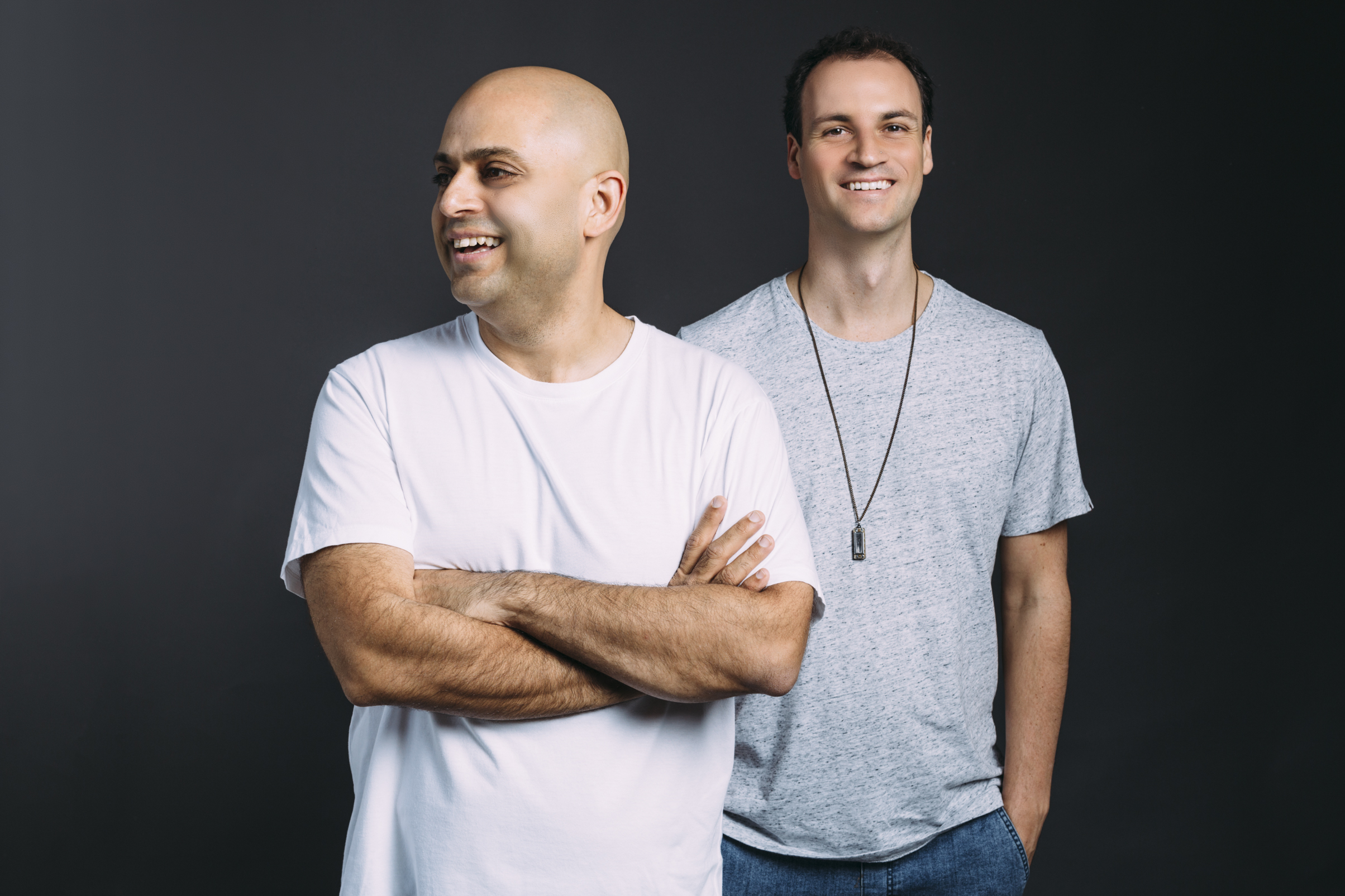 Yogi and Husky’s Random Soul project hits the ground running in the New Year with Mr Dynamite: a propulsive house cut with an evocative spoken-word vocal and deep, chugging remix courtesy of Withus

Random Soul is the musical collaboration of electronic artists Yogi & Husky, who create an infectious blend of house, soul and funk, incorporating the impressive vocals of Yogi himself. Following releases on Large Music and Guesthouse in 2018, as well as Flying, Take My Heart, Night Talking and the huge Together on their own label, Random Soul kick start 2020 with the explosive Mr Dynamite.

Thanks for talking to us today guys – how’s the year started for you? Have you taken some time off to received from December?

Our pleasure! Its been a pretty hectic start to be honest as we had a deadline on a remix for Odd Mob last week, plus a few releases for our label. It has been a very busy holiday season for us down here too, But we’re always invigorated after  the NYE period and a string of gigs. We took a few days off over Christmas and shut down the studio for a week after NYE also. Having that time off always gives the mind a bit of rest, but also inspires us to come back firing and start fresh projects and finish old ones.

What were your individual highlights from last year?

We have had a few! We really feel like we have hit our stride with production lately. Enjoying what we are working on in the studio and having the ability to headline shows and play this music has been amazing. We finished off our second record ‘REACH’ with Kings Of Tomorrow (Sandy Rivera) which was released on his label Deepvisionz. It made it to #2 on Traxsource and was played on numerous defected shows + it made Mark Knight’s (Toolroom) top 20 for 2019 on his recent Mi-Soul radio mix. Achievements like this are always inspirational and keep us coming back for more. We also played some great shows in Australia, Amsterdam and Bali (Omnia) last year and we’re excited to see where this new year takes us.

Tell us about the inspiration behind Mr Dynamite… is he one of you guys, or a fictional character?

Mr Dynamite is a sample cut from a live introduction to James brown and his band. We’d like to think that we could be this magical man, but the reality is Mr Dynamite can only be James Brown! We dug this out while playing with some other samples and it just slotted in perfectly to the funky vibe of the record.

There aren’t many producers deliver proper original song-based house records, why do you think it’s fallen away over the last 20 years or so?

It’s not cheap to make a good original record. With singers, musicians, studio hire, decent microphone, mixing, mastering up front. Then if you sign to a label they charge for Marketing, PR, artwork, label splits, DSP (Digital Streaming Platform) splits, there really isn’t much income that filters back to artists considering the investment that’s made up front.

We also think that the clubbing public and larger labels can be part of the ‘problem’ here though. There seems to be a recent trend to revive classics and also make old records new by changing up the drums and bass line and looping a vocal.. these records seem to perform very well, so a lot of producers will be asking themselves, what’s the point of trying to make an epic song with meaning when you can just take an old song, sample it and make it a hit again. It’s a funny thing at the moment. We’re not hating on this though because as DJ’s we know a lot of these records work in clubs these days. However we think this is largely contributing to less people wanting to make a record from the ground up.

Do you think that songs are important for longevity in music?

100% – you won’t hear many people playing current club records in 10 years time. Because they can be very ‘sound of now’ and often date badly. Classic house records with epic hooks, whether they are vocals (‘Music Sounds Better with You’) or even parts like piano (‘Pasilda’) or saxaphone (‘It’s Yours’ , man with the red face’) for example are synonymous and are still getting hammered to this day.

On the remix we have Withus, who isn’t someone we were previously familiar with, but they really deliver the goods. How do you go about selecting remixers for you records?

We generally try and find producers we are into, and that offer the release and package something we can’t do ourveles, or something we feel will help push the record into a new direction and reach a new genre. We have a release from the Withus guys coming on our label, RSR in a few months.So wanted to get them on something to get there name out a bit more before their single release. They smashed Dynamite though, Solid tech house groover.

We can’t not ask about the recent horrendous fires burning in Australia… has it personally affected you guys? And do you think this is something that’s just going to get worse as time goes on?

It’s horrendous and the loss of animal life is incredibly confronting and sobering. Humans really have made a mess of this world, and people who refuse to acknowledge that we have somehow contributed to the severity of these kind of disasters are holding us back from fixing it and making life better for everyone. We have been lucky to live relatively close to Sydney city and away from large area’s of bushland. However we’re still very close. Husky lives close to the beach but only 30kms away from the central coast and there were some very serious fires not far from there. Yogi lives in the inner north west and he was also close to some fires, some 30-40kms away. Not directly affected however the air has been nothing short of toxic for a few months. So both having small children, we have had a few days inside without the ability to even go outside. We hope this is not a sign of things to come, but without better practices in place to minimise fires throughout the year + better climate policy from our government, we’ll be doing this every year

Would you like to see any specific changes in the priority that the environment is given, not just by the Australian government, but worldwide?

Of course, we need to respect mother nature and replenish what we take away. Plant more tree’s, use less fossil fuels and switch to more greener options. It’s hard for individuals to feel like they are making a change, but any shift in behaviour by many people could have a profound affect. Even reducing what you consume helps. Buying less material objects, clothes etc.. anything to reduce production. We’re certainly not perfect ourselves as we often fly around to gigs etc but we at least try to be as good as we can be with the resources we have.

Back on music, what else can we expect from you guys this year?

We’re very excited about whats to come. We have just completed a remix for Odd mob’s new single, he’s a very big artist here in Australia and has a very nice collection of interesting electronic music. That will be coming soon. We also have signed a big record to Tinted records, Called ‘The Way That I Feel’  – That should be coming in March/April. We then have a remix for Ashley Benjamin who is debuting on our label in Feb/March. Plus we are also working on new music and a collaboration with Dutchican Soul, which we just put together last week when he was in Sydney.

What are your hopes for 2020, both personally and for the electronic music scene in general?

We just would love to share music with more people, so we hope to get out and do some more live shows around the country and the world. We would love to see more song’s and original productions getting the respect and exposure they deserve.

And finally, do you have a message for our readers?

Hello, thank you for reading and listening. We hope to meet some of you this year, and stay tuned for more music! BIG LOVE!

Mr Dynamite is out 31 January on Random Soul – listen & buy