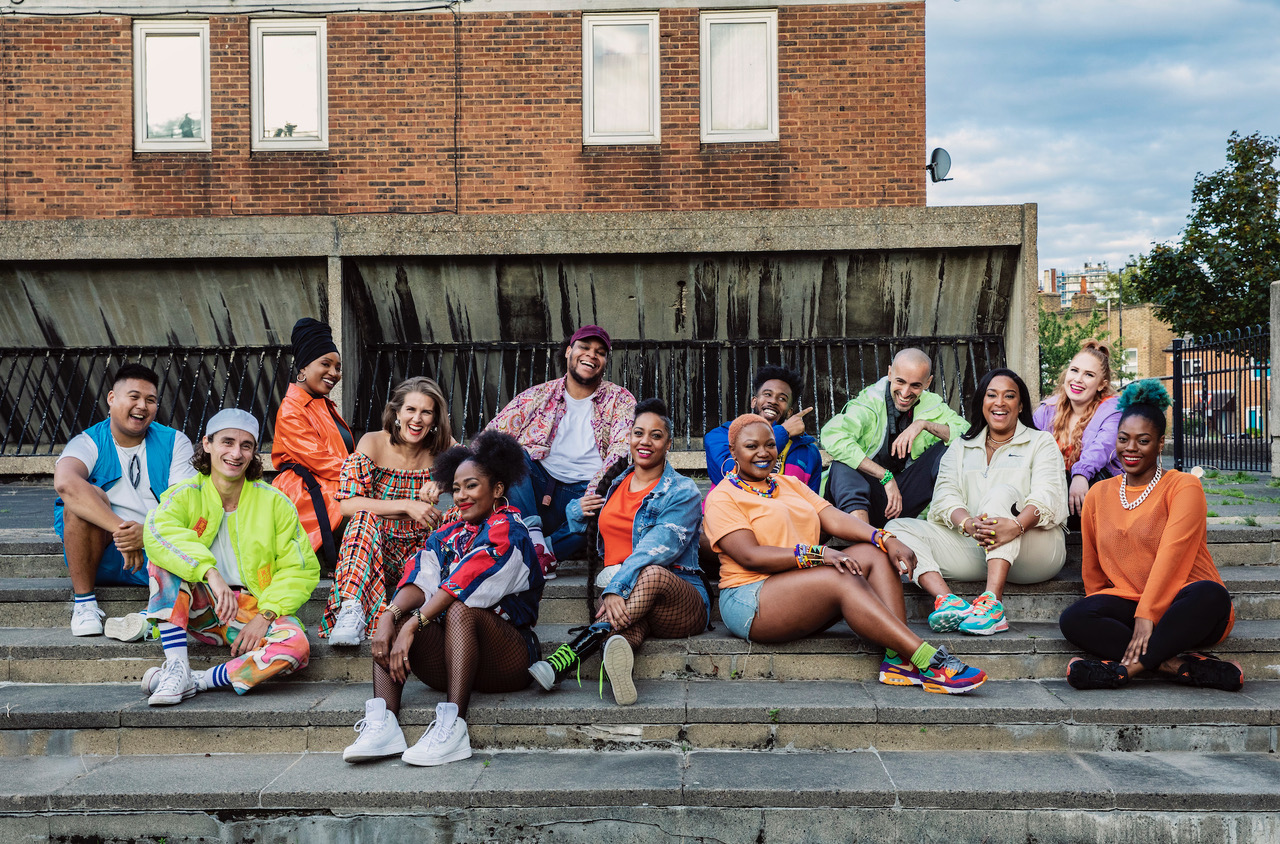 Having teased us with a series of Remixes, House Gospel Choir have unveiled a final Two-Disc Special Edition version of their critically acclaimed debut album ‘RE//CHOIRED’.

The special edition includes a fresh reworking of ‘Gabriel’ from Roy Davis Jr. himself, who was brought to tears upon hearing the London collective’s gospel rendition. Eclectic London mainstay and Hyperdub regular Scratcha DVA brings a hard-hitting GQOM sound with Tribal inflections across both his Ancestral remixes of ‘My Zulu’, whilst a previously unheard version of ‘Keep On Movin’, recorded during a BBC Radio 2 session at Eastcote Studios for Rylan and an original HGC rendition, produced by Nicky Brown, of Quincy Jones’s 1985 classic ‘Maybe God Is Tryin’ To Tell You Somethin’ from ‘The Color Purple’ soundtrack rounds off the stunning 30-track package in typically feelgood fashion.

Other recent additions include Harrsn’s infectious 90s house rework alongside Karizma’s deep and hypnotic remix of ‘God Is Tryin’, Blinkie’s remix of Everything Is Love which has been playlisted on Radio FG (Paris) as well as Mike Delinquent’s Carnival-ready Garage edit and Funk Butcher’s jackin’ house reprisal of ‘Keep On Movin’.

The star-studded array of remixes have generated praise across the board, with several ‘Hottest Record’ awards and a Mini Mix for BBC Radio 1 dance queen Annie Mac, as well as continued support across Arielle Free and Danny Howard on the station.  Jeremiah Asiamah at Radio 1xtra,  Anna Matronic and Rylan on Radio 2, Nemone on 6Music, Mistajam on Capital Dance and TCTS on Kiss are just a handful of highlights that have followed since the album’s release.

An acclaimed LP, ​RE//CHOIRED was born out of a love for sound system culture, the healing power of house music and the group seeking to channel the magic of people working together to raise the vibrations. Collaborator Todd Terry ​recently declared to ​Mistajam on Capital Dance about the choir: “​It’s beautiful, it’s black and it’s proud”.​

The album some of the biggest producers in dance music, with house legends ​Todd Terry ​and DJ Spen​, UKG favourite ​Wookie​, ​BBC Radio 1 tastemaker ​Toddla T and Grammy-nominated producer ​Alex Metric​ all contributing amidst a star-studded list of production talent.

Bringing together a group of outstanding singers, songwriters, DJ’s and music makers, ​House Gospel Choir’s ​live sets create a fusion of the biggest house, gospel and garage tunes that make every performance an unforgettable experience. They burst onto the scene with ​’Salvation’, a debut single that was crowned ​BBC Radio 1 ‘Hottest Record’ ​by ​Annie Mac​, peaking at ​#1 ​in the Music Week Cool Cuts Chart ​and ​#5 ​in the ​Billboard Dance Club Chart​.

In a challenging year, HGC were determined to do what they do best and keep raising those positive vibrations so 2020 saw the collective perform with Kylie Minogue for the ‘Infinite Disco’ live stream, the launch show for BBC Strictly Come Dancing, BBC Radio 1’s Annie Mac in Mix takeover and live session for BBC Radio 2 Rylan on Saturday.  2021 has already seen HGC play a special Valentine’s Day live show for the GRAMMYs before they embark on a summer filled with UK Festivals dates and UK tour in October (see full tour dates below, with tickets available here).

Check out the Special Edition of RE//CHOIRED below.