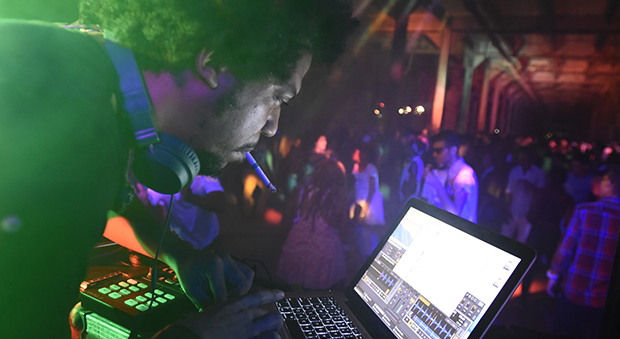 Xander Black, who started out mixing on cassette tapes, is known for his groovy tunes and all night dance parties in Havana, Cuba. Xander is a true lover of music–influenced by the tropical flavors of the Caribbean. His broad vision and hard work is soon to take him international to spread his music. We’re excited to feature Xander Black from the beautiful land of Cuba on our Hometown Heroes series.

Enjoy his mix below!

How did you get into Electronic Music? Was there a specific moment of inspiration you can remember?
In the year 2000 I was resident DJ of a discotheque located in the Hotel Deuville, Centro Habana -Cuba, there at the end of that same year I was lucky to meet an English Dj that before I left he gave him his CD folder which contained more than 400 cds of electronic music. I at that time did not know anything about that genre, which led me to study all that music. At the beginning of 2001 I started for the first time to work professionally playing house in a club called Castropol. Officially my first appearances as electronic music DJ were in a club called Tropicalito.

Tell us about the scene in Cuba, what sets it apart and makes it special?
In Cuba we have a very deep musical root, it is an island of a flolklor rumbero by escelencia. The electronic music scene in Cuba has had an extended tour, not to ah counted with the support of the musical institutions, over the years it has been fed by an underground movement of illegal parties and clubs with a public of no more than In today’s fast-food industry, we now have a remarkable increase of more than 15,000 supporters throughout the capital.

Any cool plans for 2017 and beyond?
For 2017, my career as an artist will finally expand my mixes on an international scale and achieve recognition of some labels and clubs worldwide. There’s some international music festivals in Europe and USA for this year and Brazil.