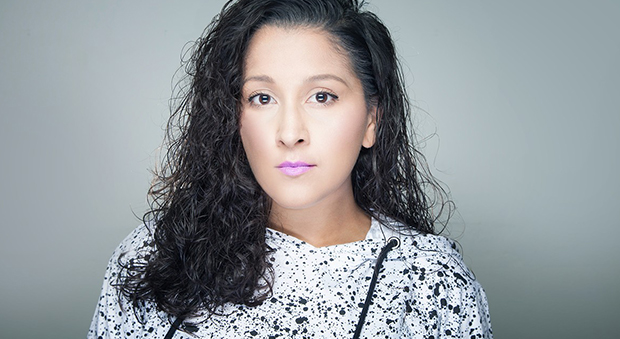 Detroit native, Sonya Alvarez has an energy behind the decks that has been keeping plenty of dancefloor’s grooving. Between her musical selections and her enthusiasm behind the decks, it is easy to see why she holds a residency with Golf Clap’s label, Country Club Disco. Having already shared the stage with some of the best, Sonya is definitely one to keep on your radar.

We are really excited to include this shining star on our Hometown Heroes Line-up. Enjoy her Interview, Mix, and Tracklist below!

How did you get into dance music and DJing? Do you remember a specific moment of inspiration?
I’ve always been really into music, even as a small child. I have vivid memories of dancing to freestyle music at family parties and even on most weekends growing up dancing with my two parents in our living room. In my adolescence, I was really into rock music, and also then rap music; no matter the genre, I was the friend who had the most knowledge on any given artist, album, tracklist, & cover art of what I was into at the moment. I was that one friend that made all of the CD’s for our first cars in high school etc. Once I found the underground music scene, I was so entranced by the 4 on the floor; completely hooked. Within weeks of religious and enthusiastic attendance, I had a really strong feeling & I met a lot of people who would ultimately change the course of my life. It felt natural for me learn a new way to connect with the music and crowd on another level.

Tell us about the scene in Detroit?
The scene in Detroit is such a wealth of talent and history. Detroit has always been an epicenter for music in general, from Motown music with Stevie Wonder and Aretha Franklin, to artists Eminem who changed the face of hip-hop. On top if all the wealth of unrelated musical talent, Techno itself has derived from the very same city limits. This inspires me greatly each day and you can tell each weekend, Detroit is a city unlike and other. We are conditioned ravers, both DJs and patrons. Each week we have such an abundance of imported and local talent, it’s mind blowing to an outsider, but represents our true heart and love for what we do.

Do you have any residencies?
Currently, I hold a contingent residency with Golf Clap’s record label Country Club Disco. These guys [Golf Clap] are totally my heroes and I look up to them a lot as they are always working so hard to achieve the results they want. I feel extremely lucky to have such a great relationship with such driven and influential people. Surrounding yourself with people that inspire you is absolutely key.

What is your dream gig?
Dream gig for me right now is definitely to have the chance to play the Movement Electronic Music Festival hosted and originated in my home town. The festival is such a spiritual and emotional experience for us all, to be able to share my vision with the wealth and quality of people the festival attracts is completely unique and amazing.

Tell us about your mix…
My mix is extremely current and similar to what you can expect from me at a later live set. I have recorded it live from my home studio and work pretty meticulously on my mixtapes. The mix is really high energy and features several different styles of house music from really techy, to break-y, even a little deep, and also bass-y all in one. I love the art of blending different moods together to create a story within the mix.

Favorite Drink…
I’m a simple club soda or water kind of gal, unless I don’t have to drive, then I enjoy Silver Patron mixed with that club soda