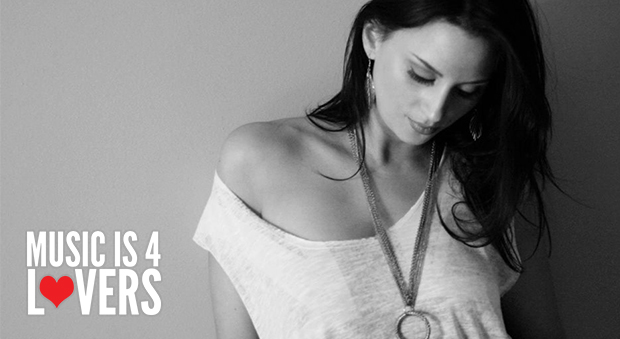 Today we celebrate the birth of Abraham Lincoln — arguably the greatest leader America has ever seen. While you ponder about the history of Honest Abe and the United States on this fine President’s Day, press play on the mix below and soak in the tunes of a real Hero coming out of Washington — Sarah Myers.

9 short years ago house music sucked Sarah in and hasn’t let her go since. From Ibiza to Burning Man, she lays down the sexy in acclaimed fashion. As resident DJ at one of D.C.’s top clubs, Flash, Sarah has had the distinct opportunity to warm the decks for many artists in the upper order of dance music; including: tINI, Steve Bug, Adriatique, Audiofly, and M.A.N.D.Y. You can catch Sarah Myers next month at Verboten in NYC playing alongside Fur Coat and Francesca Lombardo — more info.

Take this President’s Day to relax the mind, recoup the body, and feed the soul with the music of Sarah Myers on this week’s episode of Hometown Heroes.

Like many of us in the industry, music is in our bones from an early age. When did you first start to develop your musical prowess? Why do you think music chose you?

Music has always been a big part of my life from an early age. Growing up there was always a wide range of music playing – classical, oldies, classic rock, pop music, etc. As a teen, I was big into R&B, hip-hop, and grunge. I didn’t discover house music until 2006 or so.

Tell us the story of how you were introduced to house music. Was there a specific moment you realized that you wanted to be on the other side of the dance party –- as the DJ?

I was trapped in a car with some friends on the way to the beach in 2006, and all they would play was house music… I eventually became hooked and found myself at Five every weekend because I couldn’t get enough of it.

I can’t say there was one specific moment I decided to become a DJ because I never really had the intention to play out, it kind of just happened. I saw a good deal on a pair of turntables and I spontaneously decided to buy them….really just to see if I could do it. Two months later I played my first gig. I had been a promoter for a few years with our company, Life, so I had a good opportunity to play with some amazing DJs when I first started out.

You’ve warmed the floor up for some pretty cool names recently: Guti, Randall M, Chaim, Dance Spirit, Audiofly – and you’re playing Verboten in NYC next month with Fur Coat and Francesca Lombardo. How does it feel to be amongst that rank of talent? Any tips for opening DJ’s?

It’s definitely an honor. The opening DJ has a huge responsibility to warmup the room and set the mood for the next DJ – and it’s not easy. You have to remember to respect your time slot – you can’t just play bang it out and play whatever you want to. One of the worst examples of this was in NYC a few years back at a John Digweed show. The opener was playing 125bpm peak time tracks right before he came on, and when John got up there, he literally shut off the music. It really affected the rest of the night because he had to start from scratch to get the mood that he wanted. Before each warmup gig, I listen to live sets of the headliner to get a feel of what they may play and I try to compliment that. The obvious – don’t play any of the headliners own productions, get to the club early, but most importantly…don’t forget to have fun.

In three words, describe the scene in D.C. What are some cool parties to check out?

Authentic, underground, fun. Check out 88’s Forward Festival in May… last year they had a party at the steps of the Jefferson Memorial that was incredible, and they plan on doing something super special like that again this year.

Who is your favorite President?

Teddy Roosevelt. He was kind of a badass.

What exciting news do you have in the works for the coming months? What does Sarah Myers 2020 look like?

I have some really talented guests coming up soon for my Hooked podcast that I’m excited about. I’ve also been dabbling a little bit in music production. What will I look like in 2020? Hopefully not a day older than I do now… I’ll have to remember to wear my sunscreen.

What is your go-to jam to play out at the moment?

This is actually a snippet from when I opened for Audiofly at Flash last month at my birthday party. Considering all I said above…. no pressure.

Yamazaki 12 year, on the rocks