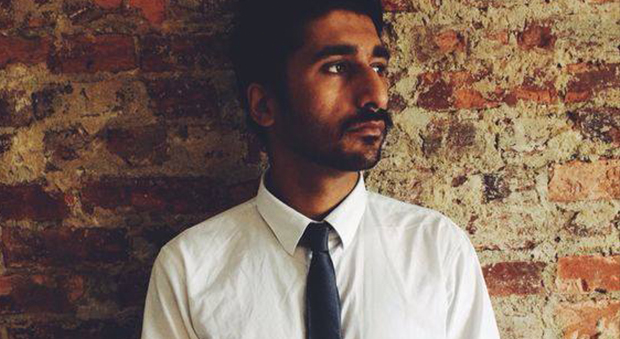 Saqib Malik is a Pakistani producer and DJ based in Brooklyn, New York.  He is a resident DJ of Playground NYC. He has appeared at Output, Cielo, Verboten, TBA, and other notable warehouses, rooftops and dance floors  throughout NYC. He has played alongside Eric Volta, Dixon, Chaim, M.A.N.D.Y.,  Anthony Collins, Behrouz, and El Mundo amongst others. He has produced for local NYC labels Intimate Project Recordings and Plus Plus records, as well foreign labels Secret Jams (Bulgaria), Joprec (Berlin), Nadaism (Colombia) and Deep Taste (Colombia). His tracks have been featured on Digweed’s Transitions podcast, Audiofly’s Flying Circus (Ibiza #1) compilation by Blond:ish, and charted and supported by artists such as Yokoo, Thugfucker, Blond:ish, Finnebassen, and Richie Hawtin, notably.

How did you get mixed up in this crazy world of electronic music?
Wow that is a really long story!

Growing up in Pakistan I played in heavy metal and thrash metal bands. One of my good friends who started playing music with me way back when ( Talal ) showed me minimal and tech-house and basically very groovy dance music. I realized that dance music is the same as metal but it just sounds better and smoother, haha! I played for a metal band in NJ at the time and was helping to run a record label as well as doing my own project called black albatross. It was a combination of personal realizations and time and just everything…I don’t know how to explain…but I realized that I have to quit playing metal and move towards some sound that is bigger and broader in what it can say. So I quit everything I had spent years trying to build in metal and decided I want to produce and play electronic music…. ! That was in ~ 2008.

What would say is the main reason New York is one of the best places in the world for dance music?
Because there are a lot of awesome people with good taste in music who are willing to be a little bit adventurous and open-minded. Also there are so many parties all the time in such interesting non-traditional and unique spaces. Like in a museum, or a hidden rooftop with a spectacular view, or a cellar behind a trap door, or a garden, or an old factory, or just an empty plot with a crane and bulldozer lying around! And there are such amazing artists from all over the world who are here every weekend it is absolutely crazy. Rampue, Stephen Bodzin, Stimming, Blondish, David August, MANDY, Mihai Popoviciu, Matthew Dear, Guy J, Mr. C, Thomas Melchior, riacrdo villalobos last weekend, Monkey Safari, Dixon, Matthew Dekay, Lee Burridge and All Day I Dream, and so many more I can name without even thinking about it. And some of the local dj’s are absolutely crazy! Im sure if I did think about it at length I could literally write a novel. It is really easy to go and hear interesting and inspiring music in new york. Since moving here I have been really productive…in fact the most I have been in my entire life.

Who are some of your favorite producers/labels at the moment?
Labels: URSL is hands down my favorite label right now I absolutely love them! Also Rebellion, Moodmusic, Crossfrontier Audio, Katermukke, All Day I Dream, get physical, kindisch, the list goes on….

Can you tell us about a particular gig that is a personal favorite for you?
Every time I’ve played at the panther room at Output it was a dream… packed house and everything is just perfect. My favorite so far

When not listening to electronic music, what do you vibe on?
Eastern classical sounds and randomly some old rock and things I grew up listening to. And I like trip hop but haven’t explored it much…but when I hear something cool i hear it repeatedly.

Any advice for aspiring DJs trying to break into to scene?
I am still an aspiring DJ myself and have a long way to go so I don’t think I am in a position to say..

Dream gig?
On a beach on an island at sunrise for 100 really cool people with good taste in music and nothing to do but dance and enjoy that beautiful space and time without cell phone reception or outside distraction. and with monkeys dancing in the trees and eating bananas and chilling.

What do you have planned for 2016?
BIG THINGS! I am still in the process of finalizing some very cool releases for early 2016…watch my soundcloud space!

Can you tell us a little about this mix?
This was recorded in August 2015 at the Panther Room in Output in Williamsburg, Brooklyn.It was for one of my favorite parties, Sundays in the Panther Room. I opened the panther room so this starts a little bit mellow and slowly builds into a very warm and grooving sound… This party was one of my favorites of all time. When I started the floor was empty save for one or two people… but by the time i played the third track the floor was packed and people were really into it… I have no idea where they came from! it was really cool and I think we all together just got really into it and it was a really good time… !

Drink of choice?
A Shot of Tequila