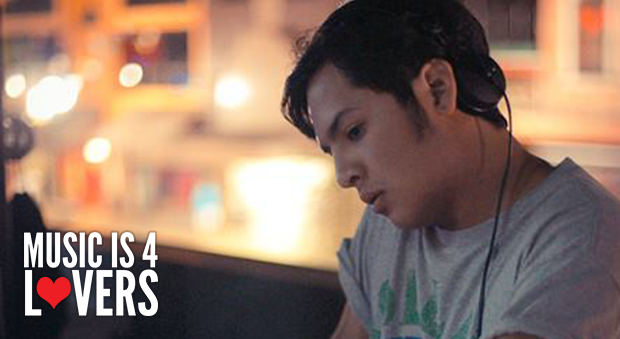 We met Ricardo Mejia when he was 17-years-old on a misty night in Tijuana. We were all at a house party in the TJ hills — foggy skyline in the backdrop, shimmering lights covering the hills that seem to melt into the sky above — and Ricardo playing the fun soundtrack on two small CDJ-300’s. It was a great night where we connected with our Mexican compadres and listened to jam after sweet jam from Ricardo. We’ll forever associate that special moment with a special kid… and his music.

Over 4 years later Ricardo is still going at it! Gigging all over Baja, producing his own original music, and resident DJ for event production collective and label — Beatness — run by fellow homie Cesar Coronado. He has also recently played on a couple of our own dance floors: Lovelife’s A New Year of Love NYE party featuring tINI in San Diego and ¡Viva Séxico! rooftop party with Maxxi Soundsystem and Thee Cool Cats in TJ. You can catch Ricardo on the line-up for the upcoming Music is 4 Lovers dance party in Tijuana with DJ Tennis — Saturday March 7th at WhereHouse. MORE INFO.

Ricardo is a quiet guy who expresses himself best behind the decks. He has quickly risen as a local favorite of ours so this Hometown Heroes is especialmente especial! Check it out!

The music scene in Tijuana is growing in many ways. There’s more clubs and promoters that support the local talent as well as booking DJs from around the globe. El Tinieblo Mezcal Room is an example of that as well as Mous Tache, WhereHouse, and Mindscapes.

How did you get into DJing and producing house music?

As I was growing up my musical influences were changing. I stared listening to house music because it had more rhythm, and liked the way it made people move. It got my attention. I fell in love with the whole scene and began to produce my own music and playing it for others. I wanted to feel that joy of playing my tracks and then seeing the crowd’s reaction.

We’re a group of friends united by a passion for music and the dance floor .

How’s the music production going? Any labels you plan to release on in 2015?

I’m surrounded by talented people who make me give my 110%. Recently I’ve been working on collabs with my closest friends: Cesar Coronado, Bejerk Peterson, Mario Armanino, and David Frias. For the moment there’s no labels on my mind, just having fun making music.

What gigs do you have coming up that you’re excited about?

What’s your favorite jam you’re playing out at the moment?