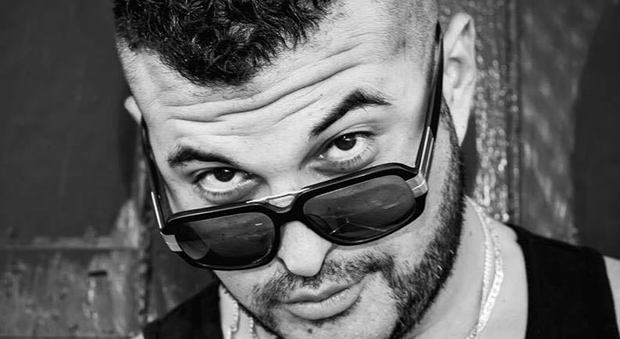 With every transition and twist of an EQ knob, PunkPhunk entices his crowd to join him on a musical journey, as he carries listeners through time and space, soaring high through piercing treble notes and down through the valleys of warbling bass in an emphatic search of freedom from the burgeoning limitations of day-to-day life. True to his spirit animal, the California condor, PunkPhunk refuses to be caged. From isolating and powerful vocals, to pumping bass lines, his sets keeps the crowd on its toes and draws them in even closer as he tells a story each and every time he hits the decks. In addition to his djing, his liberated spirit shines in his impressive house resume, for he is also a producer, and quite an established promoter as well. In-fact, he is a veritable triple threat that has been in the scene for nearly 20 years. The coming years bring much promise for PunkPhunk, as he sets his sights abroad in the hopes of spreading love all over the world, one dance floor at a time.

I heard a doc martin tape when i was 13. I was hooked, and knew right away this was what i needed in my life. I bought turntables a few weeks later.

I grew up listening to hip hop. mostly early 90’s stuff. I played a bunch of old disco records too i found in the garage. obviously Michael jackson…

Can you tell us what makes SF such a great city for music?

It’s the flavor, commitment, and culture. theres such a rich history and culture of quality events and the peeps here are genuinely invested in the scene for all the right reasons.

Some of your favorite records at the moment?

I play a ton of Mother recordings. Kevin Knapp, Mat.Joe, Nhan Solo, Ordonez…. I can’t get enough of that 303. I pretty much love all Acid house.

You just moved to Mexico City, can you tell us a little about your move?

I moved with the intention to spread the SF underground culture to the beautiful peeps of Mexico City. The scene here is definitely having a coming of age, and I want to be a part of it. I think the people here have a ton of potential and the scene is only going to get batter.

How would you compare and contrast the scene in America and Mexico?

The scene in Mexico is still developing and in its early stages. i think that the dance culture in Mexico City is evolving and the peeps are open to new things. IN SF, i must say, we’re house snobs. everyone here knows their stuff and has a tight ear. Also, the SF scene pretty much goes 24 hours a day friday – sunday. The after-hours scene in Mexico is on its way, and theres definitely clubs that are pushing the boundaries and taking to the next level. Mono in colonia Juarez is probably my all time favorite in Mexico City. If you’re ever there, you MUST check it out.

Avant Jazz, Mariachi, and believe it or not, Dave Mathews Band.

Just growing the We Love Us brand and doing everything I can to expose great djs from both sides of the border to the evolving dance cultures. Pretty much helping all my friends be heard and play great events..

It’s jazzy, groovy, deep and passionate. i really wanted to showcase a blend of jackin and pumpin’ sounds. Heavy acid influence, and a dedication to an evolving set. This mix will definitely take you on a voyage if you let it.