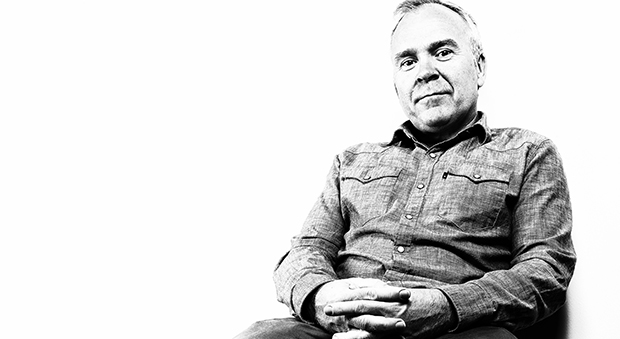 UK native — Pete Bones — spent the first half of his 18 year DJ career reeking underground havoc in the South East of England; while infiltrating Ibiza on the reg and bossing a bad ass record label. Now, the closest place Pete can call home is Tampa Bay, Florida; where he runs Red Ant Records and produces his heavy tech house jams. Pete is the quiet OG that humbles himself by keeping his head down and focusing inward; the result is a life of optimal experience. I’m sure you know a couple of these Heroes in your own Hometown. Check out Pete’s mix and interview below; plus his latest EP release “I Bruise Easily” out now on Red Ant.

How did you first get into House music and DJing? Tell us about your transition into a new life behind the booth.
I was around 17 when a group of us first went to Ibiza. We were just going on a usual teen lads drinking holiday, then we stumbled upon a club called Amnesia through a couple of guys from Sheffield who were staying in same hostel as us. I think they were going around Europe on stolen credit cards. They showed us how to get into Amnesia by climbing the wall and landing behind one of the bars. The one time we actually got caught doing this they just made us buy a drink and let us stay. That was the vibe of the place back then. The DJ was Alfredo, and the atmosphere was electric and different from anything I’d ever experienced. Everyone just seemed uber cool — it was magical. That was the start for me… a year later the Acid House parties started to pop up in London, and it was then that I decided to switch my attention from playing drums/guitar in a band, to becoming a DJ — that was 1988. I started buying records from our local store in London, and a few months later myself and 2 mates bought a cheap basic rig. We would pretty much play anywhere; as long as there wasn’t a big rave on that certain weekend, which we would of course be attending.

How did you end up in Tampa. What’s the local scene like there? Do you have any residencies? In your experience, what is a key element of maintaining a thriving scene?
When I was first booked in the U.S. it was for a Firestone & Simons double header, Orlando & Gainesville; and probably the 2 best underground nights in the country at the time. I loved the vibe, it was like London in the late 80’s again: everyone was together, one love, no cliqueyness had set it. I decided I was gonna spend a lot more time in the U.S.; over the next couple years, before I made the move over permanent, I toured the whole U.S.; but always kept Florida as my base. I had the best friends a man could want. I bounced around between Orlando and Tampa and in the end decided I was gonna move to Tampa for a year or so, before the big move to New York — that never happened. Tampa was too much fun! Time went by slower there — slow enough to enjoy between all the trips away. I still love the place, although many of my old mates have moved, some remain, and plenty of new ones have popped up. It’s always had a great scene, these kids really know their music. If you know what you’re doing you can take them pretty much anywhere. The ingredients aren’t a big secret: good resident DJs, good guests who know whats what, and great sound to play it on.

Tell us about your label Red Ant Records. What exciting projects are on the horizon? What do you find to be one of the most important aspects of operating a record label?
Red Ant was the bastard offspring of Ugly Bug, my first label. It had become too synonymous with a certain sound, and that was never my intention. I needed to go back underground a bit more, so Red Ant made sense. That was 1996. 19 years and 130 releases later, the label is as strong as ever. There were some tough times — switching from vinyl to digital was hard for me. I didn’t really wanna let go, and also the whole way of promoting your music changed. There was nothing tangible, you no longer needed a string of command who also believed in your product. I was late on it and was left behind a little bit. Definitely feel like I’ve caught up — haha. Now I try to balance my material between my own label and three or four others. I’ve learned that you might not get the respect you deserve when you only release on your own label. Regarding exciting projects — anything I’m working on is the best thing I’ve ever done as far as I’m concerned. Probably wouldn’t bother with it otherwise! But seriously, I have some pretty strong releases coming up, especially the stuff I’ve been doing with a mate who plays electric guitar and bass, and also another vocalist friend.

If you could do one seemingly impossible thing to make your career more successful what would it be? What would be the first step in making that impossibility a reality?
Ha — that’s easy! To be able to kiss the right asses. If I had been able to do that, my career would be way more what most people would describe as successful; but to me, success can be measured in many ways. I have a plethora of really great friends around the world. People I love and trust, and who would do a lot for me; and the feeling is mutual. I’m not sure that the DJs who chose a more ruthless path to glory can say the same thing, and I wouldn’t swap my place with them for anything.

Tell us about your latest release “I Bruise Easily” out on Red Ant. Can you tell us about any forthcoming releases? What time of the day do you produce best?
“I Bruise Easily” is probably as close to the real Pete Bones DJing sound that I can get. I like to be diverse with my sets as much as my productions, but when it comes to peak time — dark, sweaty club time with me doing what I do best. IMO, this is the sound that most people would associate with me. I guess you would say it’s right in between tech-house and techno. Regarding forthcoming stuff — the tracks I mentioned earlier, under the moniker Thyme Bandits, with my mate Alex D’Holm are something I’m really proud of musically. Probably the best technical productions I’ve ever made. And then there’s “Proletariat,” which is a Pete Bones release that has some pretty hot remixes. It’s gonna be massive I reckon.

What’s the hottest track in your arsenal?
Hottest track in my box? Hmm, well, seeing as I should be more of a self promotionist, it’s that track, “Proletariat,” by me, release date sometime in Sept/October.

Tell us about your mix.
The mix is actually a live set, yes, a real live set, from the Serious Soul party. I guess you would say it’s the closest thing I have to a residency, even though it’s only really twice a year; and yes of course, it’s in my adopted hometown of Tampa.