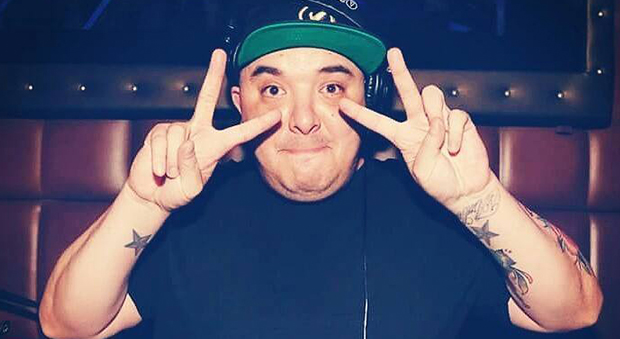 As a DJ, producer, and label owner, Paul maintains a steady flow of work between the studio and the clubs. His record label–that he co-founded with pals Jr. Quijada and Boy Don’t Disco–has housed an excellent roster of up-and-coming artists in its first two years; including 4004, Kevin Anderson, Pinto, Arthuro Garces, Memo Rex, and a bunch of tracks from the LNJ crew: Boys Don’t Disco, Jr. Quiajada, Jesusdapnk, and of course, Paul Najera.

If you’re a local SD house head, you can catch Paul and the LNJ team at AC Lounge every third Friday of the month. In the meantime, tune into this acidic mix from the man himself.

Tracklist and interview below…

How did you get into house music and DJing? Do you remember a specific moment of inspiration or was it an evolution?
I’d been listening to house music since the mid 90’s. I started off listening to old Chicago dj’s like CZR, Alex Peace and Bad Boy Bill. I didn’t start djing until around 2001. My friends brother was a dj and he used to have his tables set up in the living room and he would let me mess around with them when I’d come over. I eventually bought a pair of turntables and learned to mix. I first started playing clubs in Tijuana, México, and then when I turned 21 I started getting gigs at clubs in downtown San Diego.

What’s the scene like in San Diego? What parties and/or clubs should we check out?
I like our scene here in San Diego. Years ago we would bring djs like Lee Burridge or Claude Von Stroke and we would get lucky if we got 100 people to show up now they come to town and the shows are sold out. Guys like Cris Herrera and Bert from Siesta Records have been pushing dope events here for years. I would definitely check out their Art Of Sound party. The Lovelife guys bring in some killer talent as well. Also Matthew Brian has a dope Friday night at Ac Lounge in North Park.

How did your label Late Night Jackin come about?
I’d been producing music with my buddy Jr. Quijada for a couple of years and we talked about trying to start a label. We ended up moving into a studio with Jeremiah and Alex from Boys Don’t Disco and that’s when things started rolling for us. It’s a lot harder then we thought but we’re slowly building and starting to get bigger names on the label.

Do you have any residencies?
Yes! We do a Late Night Jackin party the 3rd Friday of the month at AC Lounge. We’ve recently had Greco and Pinto out from NYC, and a few weeks back we brought out Arturo Garces from Robsoul Recordings. We’re hoping to do more label parties this year as well.

What BPM does your heart beat?
123

What gig do you dream about?
Any dark sweaty warehouse is good enough for me.

What cool things do you have planned for 2017?
I have an EP with Jr. Quijada coming out this summer on Apollo Music Group, which is a new label from Lil Mark and Dj Heather. I’m super excited for that one. As far as the label goes, we got our 2 Year Anniversary Party coming up in June at Bang Bang with our friends from FNGRS CRSSD — we have a very special guest lined up for that one.

Tell us about your mix…
I’ve been vibing off a lot of acid house lately so there’s a touch of them vibes in this mix. I drank a beer, plugged in my usb and just started jamming out. It’s definitely a more peak hour set from me.