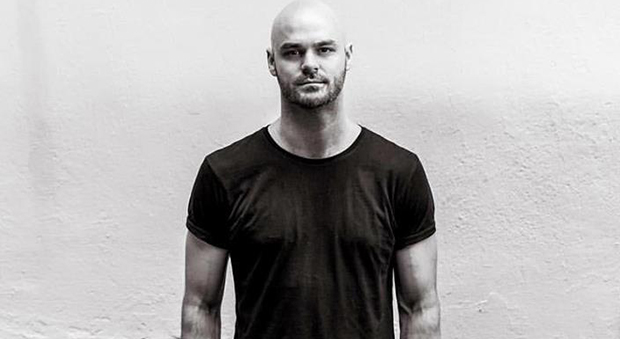 The rapidly rising underground house scene in Southeast Asia can be attributed to a few select players in the region. One of those key players happens to be Singapore’s Oliver Osborne. The UK born, Singapore based producer/DJ has had his hands in the cultivation, and blooming, of the tech house and techno community in Singapore over the last few years, as seen by the success of his “After Dark” parties and the Eyes To The Front Artist Management Agency and Events company, which is spearheaded by Osborne himself. When Oliver isn’t planning, and DJing parties around Asia, he’s in the studio pumping out quality tunes, such as his most recent release, “01001100“, which has received support from &Me, among other taste makers in the scene. We’re excited to feature this talented, up-and-coming artist, and can’t wait to hear this mix!

How did you get into electronic music and DJing? Is there a specific moment of inspiration that you can remember?
There are a few big moments that stick out as being pivotal.  The first of which is walking into a record store aged about 15 and hearing Mutual Slump by DJ Shadow.  I immediately went up to the counter and demanded to buy whatever was playing.  That album showed me that music could be engaging without being emotionally polarised.  Prior to that I had been listening to Nirvana, Rage Against the Machine, Terrence Trent D’arby, Pearl Jam, Sound Garden, Living Colour, The Red Hot Chili Pepper to mention a few.  Essentially, song based music with lyrics, and an emotional imperative.  The lyricist kind of dictates the mood of a track, when you put a load of lyrics to something you make it not about loads of other things, and so listening to DJ Shadow’s instrumental style, with the occasional spooky movie sample, really opened up what music could be about to me.

The second big moment was sneaking into a club aged 16 to see Squarepusher and the Disco Assault Squad at Moles, a long standing club in my home town.  I had heard a track at a house party and something about it hooked me in, so I made a point of going  down to this club (despite my mate bailing on me) and danced on my own for about 5 hours straight.  That got me hooked on the amen break, and that breakbeat jungle style of music.  That kind of transitioned into be being into drum & bass and jungle, although I was always kind of chasing that initial hit, as most of the music produced under those moniker’s is very loop based and repetitive.  Aged 18 I played my first gig (very dark drum and bass) in a disused railway tunnel at a free party and never looked back.

The last big one was at Public Life in London, at a Kubicle party, at a time when minimal was really blowing up in London.  These parties used to start at 6am on Saturdays and Sundays, and 3am on Mondays.  I was still really into Drum & Bass at the time, but I was working at a club (Hackney Central) and these parties were the only place to go at stupid o’clock in the morning once I had finished work.  I remember a distinct lightbulb on moment on the dancefloor, when I realised that music didn’t have to be super fast and brain rattling to have energy and get people hyped.  I also came to love the vibe that came with these parties.  DnB parties were always so aggressive, and dude heavy, but at the Kubicle parties (and house and techno parties in general) people were by and large friendly, dressed well, and there were cute girls around.  So I kind of fell in love with the music and the culture at the same time.

Tell us about the music scene in Singapore. What sets it apart and makes it special?
One of the thinks that Singapore does well is combining great house and techno with a degree of comfort.  Take Kilo as an example, they have a great cocktail list, the service is good, and the place is well maintained.  This kind of thing really helps bring people into the music.  People who enjoy house and techno don’t necessarily want to be in a black box drinking cans of Red Stripe, some of us (not me) are getting too old for that shit, and on the other side, some people want a premium experience, and perhaps aren’t as fussy about music, or even don’t really know where their passion lies in that respect.

Another thing that I really love about the scene here (which is not to say it doesn’t happen elsewhere) is how supportive people are.  People really enjoy sharing in the successes of the DJs here, there are enthusiastic shout outs on line when people get booked for Wonderfruit, Ultra etc.  This breeds (or maybe is a cause of) a really nice vibe in the clubs.

Also, DJs are by and large supportive of each other.  It means a lot to me, as I’m sure it does to other people, when a DJ I respect makes time to come and hear me play.

We also have a rapidly growing festival scene, which is exciting.

Tell me a bit about Eyes To The Front…
Eyes To The Front was initially started as an agency.  I was getting more gigs than I wanted but was always making a point of helping people get in touch with someone appropriate.  I realised that it was happening enough that I could monetise it, so I came up with the name and the branding and got started.

The parties that we started in order to help raise the profile of the agency ended up taking on a life of their own, and at this stage most people know us for the parties rather than the agency.  But I’m cool with that, the agency is more of a business to business part of what my company does.

We also launched ETTF Music, the label, in April of last year.  This has been a big learning curve, the A&R process is taking a lot more work than I anticipated, but we have signed 2 cool Asian artists so far, The Beat Usagi (SG), and Jin Lane, and I feel great about what we are releasing, and have in the pipeline.

What does the future hold for you and ETTF in 2017 and beyond?
World Domination.

There are lots of things in the pipeline.  We are moving into doing festivals, in various capacities.  We are also ramping up our artist development program.  From mulling over the question of what the APAC house and techno scene needs more of, I think one of the big things is investment in talent.  Ideally a major label would be taking a Rocket Internet approach to artist development, putting money behind 15-20 artists at a time with the knowledge that most won’t blow up, but that the ones that do will make up for those that don’t.  This isn’t happening from the major label side, and unfortunately ETTF doesn’t have Rocket Internet type capital at the moment, so we will be more sparing with our investments, but this is a big part of our long term strategy.  We are doing things like ensuring artists have access to studio time if they need it, getting high quality press shots down for them, helping them get the best out of their social media accounts etc.

Give me a quick run down on a night out with you (when you’re not playing) in Singapore. Must go-to places to eat, drink and dance.
Sundowners at Spago, tacos and mescals at Lucha Loco, Old Fashions at The Cufflink Club, then on to Kilo Lounge for a boogie.

Top 5 tracks in your playlist…

What is your dream gig?
The Pagoda at The Secret Garden Party on a sunny day.

Tell us about your mix…
It’s just a few of my favourite tracks at the moment.  I am really enjoying playing a very percussive, almost broken beat kind of sound.  I feel like there is so much room to play around with percussion and rhythm outside of the standard un-tz-ka-tz beat structure, so I am hunting down artists who are going into this territory.  I feel like house and techno is at its best when there is a primal element to it.  As a species we have been hanging around in groups banging on drums for thousands of years, and sometimes when I hear that right track I’m reminded of that and it brings what we do into focus a bit more.

Sometimes at the club – Vodka soda