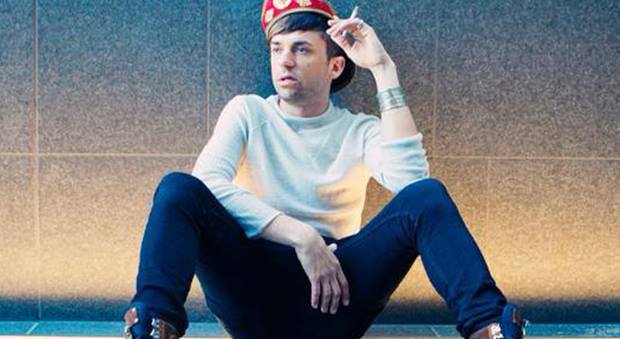 On the same day Dolly Parton, Janis Joplin, Edgar AllenPoe, his mother and grandmother were born, so too did San Francisco DJ NIKITA begin his enchanted existence. As a young boy in Denver, Colorado, NIKITA’s childhood was similar to that of other creative youth, days filled with singing, playing the piano, and dancing to his mother’s R&B albums. From an early age, NIKITA always knew he wanted to be an entertainer. Then, in 1993, a chance encounter with house music at an underground warehouse party would prove to be a pivotal moment in his life, ultimately guiding NIKITA towards the charmed life he lives today.

It wasn’t until the turn of the millennium though that NIKITA would leave his home in Colorado to search the clubs and warehouses of San Francisco for his destiny. At the very least, he would get a degree in music business from San Francisco State University. But with a resounding perseverance and an inimitable personality, NIKITA quickly earned his place among the upper echelon of DJs in San Francisco’s world-renowned club scene. In 2005, NIKITA was chosen to host his own radio show, The Massive Mix, on Northern California’s only electronic dance music radio station, Energy 92.7 FM. Indeed, it was NIKITA’s penchant for blending raw grooves with sophisticated sounds that garnered him a residency at San Francisco’s legendary nightclub, The EndUp.

NIKITA is a DJ’s DJ, a rare soul who truly understands his role in the DJ booth. Performing anywhere from two to twelve hour sets, NIKITA weaves music into fantastic journeys of rhythm and sound. NIKITA’s ability to contrast the harder elements of techno with the soulful sensuality of deep house has garnered him accolades from some of the world’s best DJs and allowed him the rare opportunity to tag team alongside the likes of Lee Burridge, Cassy and Derek Plaslaiko. Indeed, NIKITA has played with a Who’s Who of international talent, including Danny Howells, Loco Dice, M.A.N.D.Y., Joel Mull, Adam Beyer, Steve Lawler, Craig Richards, Steve Bug, Damian Lazurus, and many, many more. With additional inspiration coming from friends such as Ms. Honey Dijon, Tedd Patterson and Danny Tenaglia, it comes as no wonder why NIKITA’s story is one of a dream come true.

Can you tell us a little about your upbringing and how you got into this crazy world of dance music?

Read my bio. HAHAHA Kidding; In a nutshell, I went to my first rave in Denver circa ‘94. Back then I wasn’t a DJ nor did it ever cross my mind… I actually wanted to be a recording artist. I was however an MC for a girl breakdance crew, and used to break n pop battling in circles at D&B/Jungle parties… DJ’ing happened by accident, but not until after I moved to San Francisco in 2000. Pretty much as soon as I arrived, I enrolled in college for Audio Engineering and Music Business. From there, the next 14 years I worked for pretty much every club in SF (no exaggeration), starting at Club Townsend and The Endup. I also worked for Fly Life Entertainment, which landed me being a promoter for Janet Jackson, Missy Elliot, Lil Kim, Annie Lennox, and a few others… I also worked for Audrey Joseph, who was the president for the SF Entertainment Commission. This all started because I met my now best friend, Jim Williams and his then boyfriend Eli Joseph, who were standing outside a club called Butter wearing platforms, thongs, and fur vests! I introduced myself as Nikita (which was actually the first time in doing so)… That was my very first night going out in SF, as I had been living in the East Bay when I first arrived in the Bay. Little did I know, Jim would introduce me to every person in the industry, working for parties like Wicked, Spundae, Release, etc… And with a lot of hard work I landed a residency and The Endup, and had a FM radio show playing House on the airwaves every Friday night for over a year… The rest as they say is history

What is so special about SF and the scene there and where do you see it heading in the next year?

The thing that is most special about the bay area, is the VIBE! Still to this day after twenty years of raving, I haven’t been to another place that comes even close (other than maybe the Desert Hearts crew). The scene in SF in transition however. There’s a consistent slew of artists that play there, but to get people to come out and support and pay $20 when you’re bringing in world class acts, is constant struggle. Not to mention the entertainment/zoning laws that are constantly hindering on people’s right to have fun!

You are a part of the Listed, can you tell us a little about your Listed family?

I was there from the very beginning when Gunita started listed… I was in fact one of the first artist, if not the first I remember Gunita helping me put “NIKITA” stickers on 2,000 condoms for gay pride one year, when she was telling me of her concept of creating experiences for people that would last, and resonate with them. Our first parties were with Lee Burridge during the days of the San Francisco LoveFest/LovEvolution. From it’s inception, listed has been built by a core group of all close friends that also happen to be artists. Each person brings something different to the table. Mike Khoury, Naveen G, Dory, Hoj, Hac Le, and Tim McCormack were the first residents. Listed started off throwing events, and today we are also a booking agency with a slew of amazing artists like H-Foundation, D’Julz, Jay Tripwire, Patrice Baumel, Nico Stojan, Franklin de Costa, Mightykat, Mike Khoury, Dory, Mark Slee, Atish and so many more – All really fantastically talented artists! Anyway, funny enough, that night while doing the condoms in Gunita’s kitchen, there was an EARTHQUAKE! I’ll never forget that. We should’ve known then that we were creating a force to be reckoned with!

What has been your favorite gig in the last year?

Well two come to mind; One being the Desert Hearts 2 Year Anniversary festival. The energy there was so refreshing, because it was truly organic. Twas something I hadn’t experienced in a quite some time. The other was, opening for Danny Tenaglia in SF on NYE for the second time. That was always a dream of mine when I first started DJ’ing 14 years ago after seeing Danny perform my first time; which literally changed my life.

When you are not listening to electronic music, what do you vibe on?

I love soooooo many types/styles of music. I love R&B and Hip Hop, which is what I mostly grew up on… I love everything from Led Zeppelin to Dolly Parton to Roy Orbison.

Who are some producers that you are totally in love with right now?

There are so many! But I guess you can just listen to all the newer tracks on this podcast and can see who I’m feelin’ right now

What can we expect from you in the coming year?

I’m in NYC and doing my thing on the east coast for now, but later this fall I’ll be in Berlin and London working on music with friends and doing lots of traveling to keep inspired!

Is there anything else you want to let us know about?

What are you most looking forward to in the coming months?

Actually right now, I’m just trying to be present in the moment and enjoy my time in NYC. Overall I’m just really excited about the records and projects I’m working on.

What’s your drink of choice when playing?

When I first set out to do this mix, I truly envisioned a set about love. A story about being in love, losing that love, falling in love with yourself and only then being able to find a new! I wanted to touch on the emotional journey that comes along with that, hence some of the melancholy, moody records you’ll cross paths with in the mix. For me, music is cathartic. The music I play comes from a deep place and has real emotion. This piece is a personal journey through love and all of it’s ups and downs.