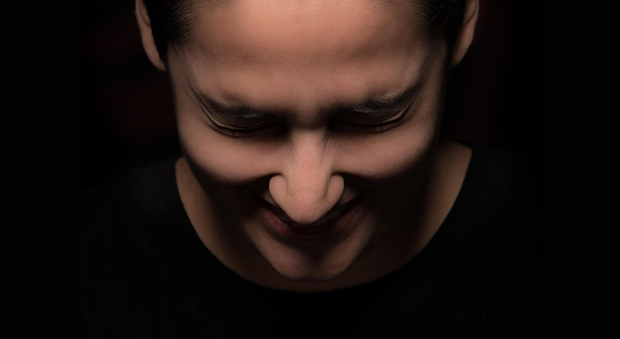 We recently had a chat with a rising DJ spinning tunes in the depths of Tehran’s growing underground scene. For fifteen years Nesa Azadikhah has been at the forefront of the shifting tide in electronic music sweeping through the heart of the Iranian capital, where the house party is well…the only party. Nesa has a host of dope remixes, original work and film scores, blending traditional Persian instruments with a long admiration for House and Techno. She is the face and sound of a post-modern Iran.

How long have you been playing music and making music?
I remember before going to school I was sent to learn Tonbak, a traditional Persian instrument, by my parents since I wouldn’t stop tapping on the tables and walls to create rhythms. For nine years I constantly practiced Tonbak before I started learning other instruments, such as guitar and Daf. At the age of 16 I began DJing. I entered the underground world of music, DJing at underground parties in Tehran. At 22 I started working with Ableton Live software. With that I also began my professional career as a music producer, which has been ongoing for me alongside DJing.

What inspired you to start DJing?
I have always had an obsession to collect new tracks in any style there was. Even though it was really difficult to have access to music I would keep my archive up to date and share it with my friends as well. Any gathering or party my friends had, I would be in charge of the music. They simply loved my taste in music. But it was my dream to be a DJ. I was lucky to have two very good friends, Ramin and Rokni Haerizadeh. They happen to be two very well known artists. They bought me my first Pioneer mixer and CDJs. It was then that I began taking DJing seriously and pursuing my dreams.

What is it like DJing in Tehran?
Until a few years ago there were social and cultural limits for this style of music production. It didn’t have a place in people’s minds. DJs were not considered to be people who had musical talent. This was not accepted as a form of music to be performed publicly. So underground parties were the only places you could perform. Fortunately, because of the cultural growth and the better political situation in Iran, there are fewer restrictions these days. There are public events that DJs get invited to, but there shouldn’t be any vocals in the tracks. The warm up parts of public concerts are also handled by DJs.

Are there clubs or venues now that have dance music?
No. We don’t have any clubs in Iran. There are no public places for people to party on the weekends. Partying happens inside people’s houses.

Are there any artists or DJs from Iran that you like that we should know about?
My first guide in DJing was DJ Ferry. He is one of the best DJs in Tehran with his own label, SHIBIZA. He was the first one who taught me how to DJ. I always follow Arash Khoshkholgh (RedDub). I love Sam Farsio. He is such a cool guy. Whenever I am in Dubai I go to see him play. I also learned music production from Iman Habibi (Habischman). He is so good at what he does and I follow his work.

What would you call your style of music?
I would say I have a free style, but my tendency leans toward Tech-House & Techno and I like my tracks to be in this style.

Is it inspired or influenced by Iranian culture and other Iranian music?
Yes. I always use Tonbak in my tracks, which is a traditional Persian musical instrument. I also use Tonbak when making soundtracks.

What are some challenges you have as an artist in Tehran?
Because I am a female DJ I have faced more restrictions. I’ve had to take a lot of risks for my goals and dreams. The DJing world is dominated by men, but I believe I can find my space in this world and become one of the most demanded DJs. Adding to this is the low speed Internet and site censoring, which makes it difficult to download music. Another obstacle is teamwork. I must say teamwork is hard to do in Iran. People tend to enjoy working solo, rather than in a group or crew.

Are you working on original music?
Other then DJing and producing music I work on scores for films with my twin sister, Niyaz Azadikhah. Her field of work is video art. I had the chance to work on two scores, which are part of my original work. I have also produced three tracks using Persian and English poems.

What are your hopes and dreams for the future of your career?
Going forward and growing is my number one goal. I wish to rise to the position to be able to get good gigs and become an international DJ. Playing in Boiler Room for example is not only my dream, but also the dream of many of my DJ friends.