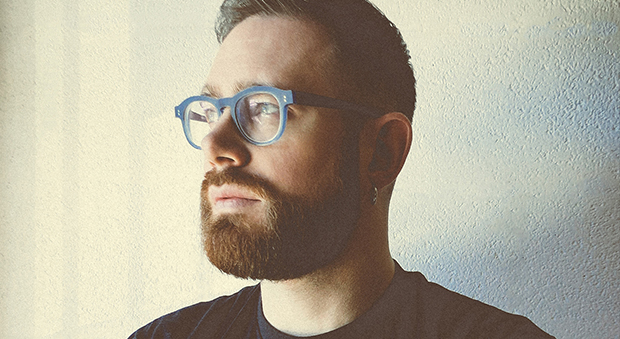 Salt Lake City is infamous for its brawny Mormon community. Most people experience this unorthodox aspect of American life via a TV documentary or HBO’s hit drama series Big Love. But there’s more than meets the common eye.

In SLC lies a heroic figure maintaining a healthy community of house heads. Jesse Walker–or Mr. Jesse Walker to you–has been reveling in the dance music culture since the late 80’s. Surviving the generational crossover of house music, Jesse is a self-proclaimed DJ, producer, promoter, and blog editor.

Once a weekly party, Jesse transformed New City Movement into “a forward thinking blog about music, culture and life in the Intermountain West.” Here he uses the platform to spread his expertise and balloon the culture of dance music in SLC.

Having accumulated many residencies since the mid-late 90’s–one of which alongside Kaskade during their college years–Jesse Walker sustains his promoter-like qualities to this day. His newly launched party “CASSEROLE” is an every other month party where Jesse concocts a recipe full of dance-floor nutrients.

We’re always pleased to hear stories from Heroes around the world making shit happen; Mr. Jesse Walker is a unique piece of the puzzle in America’s ever-blossoming dance music culture. Enjoy his housey mix and learn more about Jesse and the SLC scene in the interview below.

How did you first get into house music? Do you remember a specific moment that inspired you?
I was well into dance music and remix culture as a teen in the late 80’s being quite obsessed with the usual suspects; Janet Jackson, Madonna, New Order, Erasure and DM… rave and electronic music followed in the blink of an eye. I was playing a lot of Orbital, Hardfloor, Warp and Twitchin’ records until one fateful night in 1994 when the club I helped promote brought Doc Martin in to destroy things properly. It was all over after that.

What’s the scene like in Salt Lake City right now? How is the city unique compared to the rest of the world?
There’s always been a respectable scene here. What’s great about it is if you want to make things happen here, you just go and do it. It’s the Wild West! It might not always work, but when it does, it’s magical and appreciated by all. There’s a real sense of community and especially now, people are hungry for what’s next. I feel like a whole new crop of really amazing DJs and promoters are defining the future.

Salt Lake, Provo… Utah, (and Idaho, for that matter—where I was raised) are unlike anyplace in the world because, well… Mormons, which I was raised but haven’t been for many years. The closest corollary might be the Bible Belt or Austin, TX which is a blue dot in a sea of red. There’s such a strong cultural, religious and political presence here that it creates it’s own diverse yet unified counter-culture. Salt Lake proper is astoundingly progressive, one of the gayest cities in America! I keep saying this but it really is an amazing time to be living here. Invest now!

Do you have any residencies? If we had one week in SLC what two parties/clubs would you recommend we check out? What about two restaurants?
I usually have a trick or two up my sleeve; right now it’s my new party ‘CASSEROLE’ (hyper regional humor). But for the most part I bounce around to various clubs and parties that will have me. The more I try to slow down, the more I seem to be playing out. It’s a dream come true.

Parties? My favorites are ‘Control Room’, a Boiler Room style monthly at a great warehouse location that has similar events from several other crews quite regularly …including ones with… techno! And ‘Recess Club’, a weekly that’s been funneling good acts and drawing support.

Restaurants!!! Food scene is on the uptick. Food trucks are everywhere. Two lesser known joints I frequented this week are the East Liberty Tap House (great burgers/tacos/drinks/patio) and the new Publik Kitchen for a huge $6 breakfast.

How did your blog New City Movement come about?
The name came from a weekly I used to throw at a prohibition era Jazz club where Ryan Raddon (Kaskade) also had a hugely popular college disco night. He gave me my first residency there and remains a friend today. ‘New City’ is the title of a theoretical architecture book by the late Lebbeus Woods. I’ve always been a futurist at heart so my idea was to campaign for a better city, even if it had to start with a dream. The website has always been an extension of that, essentially a labor or love and personal documentation. I’ve recently started my own guest mix series to highlight local DJ’s that need to be heard. I love helping shed some light on any given situation.

Tell about some of your parties around SLC; like your annual Bunny Hop and newly launched Casserole party.
The Bunny Hop revolves around Easter Sunday always being the first taste of Spring and Summer in this beautiful place. It takes place at The Garage, a blue collar ‘road house’ style bar on the edge of the city with an amazing patio. It’s not uncommon to see every walk of life during this all-day party that raises thousands for our homeless youth through the Volunteers of America, Utah. An assortment of vinyl-only DJ’s play all kinds of music and it goes from bonnets and bow-ties to bikers and drag queens pretty quickly.

‘Casserole’ was something my husband came up with years ago but I never used it because it was so cheesy. These days, I’m all about accepting our heritage and owning the fuck out of it. It’s regional; it’s whimsical; and a great metaphor for making family out of what’s left in the pantry. Oh, and house music… solid grooves.

What’s on the agenda the remainder of 2016?
Working on some tracks with a talented buddy, yes! No travel planned right now, I’m saving up for a new car. If anyone wants to fly me out… have USB, will travel = friends for life!

What’s one track that always on your mind at the moment?
The Far Out Monster Disco Orchestra – Step into My Life (M&M Mix by John Morales) [feat. Arthur Verocai]

Tell us about your mix…
I typically only record live mixes so this was a fun to do. Thank you! I wanted to go a bit deeper, even for me. Something going back to my early inspiration hearing mixes by Mark Farina, Marques Wyatt and Knuckles. Something you could put on at an intimate after, after party.