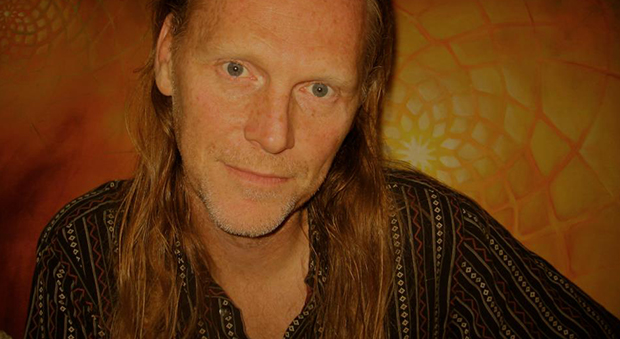 Michael Manahan is an essential and vital element of the Pacific Northwest electronic music community; He brings DJ sets that are deep and heavily influenced by both cutting edge and ancient sounds.  Known for mixing genres and styles in his sets, this DJ, performer, producer, and space cowboy is an innovator and mainstay of the Pacific Northwest dance community and tribal culture. Currently residing as the Lead Producer at Starborne Shows, Producing Partner of the world famous Decibel Festival, Lead Producer of Cascadia Festival, Co-Producer of the Starborne Electronic Stage at Seattle’s world famous Hempfest, Co-Owner of the Re-bar (Seattle Theatre/Night Club) and Co-Owner of Starborne Sound (high end concert sound systems, specializing in KV2 Audio). He has also released Singles and Remixes on Uniting Souls Music, Recovery Tech and Activated Records.

His performances always up the love whether he is spinning tribal, deep house, techno, breaks, spacey downtempo or ambient, or just hanging out being himself.

How did you get mixed up in this crazy world of electronic music?
Back in the late 80s, I lived on a small island in the south pacific, the island of Guam. I was a flight attendant at the time and a buddy and I started doing a club night. After about a year of doing that, the night had grown exponentially, and the dj we hired, had to move. So, I bought his records and became our Dj.! Back then, I was playing new wave and industrial. My partner moved to SF at some point, and after some months called me and said, “you’ve gotta come to SF and check out what is happening here!”. This was in 1990. I went to SF for a visit and went to a big rave called Toon Town. Doc Martin was playing, and well, my life was changed forever. I promptly went back to Guam, wrapped up my business stuff, and moved to SF, where I spent a year before moving to Seattle, in 1991.

Who were  some of your biggest influences growing up?
As a kid, I was really into funk, R&B, and landed in “heavy metal” as a teen, then promptly found new wave and dabbled in punk, which was really my jam for a while. I loved obscure and hard to find artists. Oingo Boingo, Wall of Voodoo, Front 242, Bauhaus, Sisters of Mercy, New Order, Joy Division…

Can you tell us a little about the dance music scene in Seattle?
The scene in Seattle is quite unique. Its amazing here, but kinda small still. I love how the underground communities support each other and cross genres. You’ll often see DnB lovers at house music events and vice versa.. I like to think that most of the people in the scene in Seattle, just like “good” music, it doesn’t really matter much the style, its more about quality and esthetic, appropriate music for the appropriate time of day or night. I will also say, that some of the best Djs on the west coast live in Seattle. We can be a bit snobby musically, but that has helped cultivate one of the richest music scenes Ive experienced..

What most do you love about Seattle?
Seattle, is a moody city to me, which brings depth and character. Its close to the mountains and unprecedented nature. I love how the global industry here draws in some of the most intelligent and astute people. In the underground, its nicely rounded out with diversity. The weather and seasons provide introspection and the long rainy winter nights are great for studio time! Our Festivals are on the small side, but are populated with conscious friends and set in pristine forests, surrounded by mountain peaks..

Chance of Rain is in its first year as a new festival. What are some of the main goals this festival set out to achieve?
We are working hard to establish the basic premise of our brand this year, which is to establish a strong underground platformed festival that is socially inclusive and focused on quality music, gallery works and fashion. We are pulling off our first year without major investors and or sponsors, so the program is scaled back from what we will grow into over the coming years, but the goal is being met to establish what we are about, and set our organizational templates into place..

Can you name some of your favorite labels and producers?
Kompakt, Traum, All Day I Dream, Kindisch, Rebellion, KNM, Hunt & Gather, Get Physical, Crosstown Rebels

Top 5 tracks at the moment?
in no particular order:

When not listening to electronic music, what do you vibe on?
Im pretty steeped in the scene, really.. I keep myself busy running a club (Re-bar), a sound company (Starborne Sound), outside of that, Dj’ing and producing festivals (Cascadia and Chance of Rain), I like to hike and I do on occasion write poetry..

What else do you have planned for 2016?
Ive got a few key bigger gigs to accomplish along with the Chance of Rain Festival, which is this week, but starting in November, Im heading to the studio. I recently became a partner with Hunt & Gather, along with Doza and Pezzner, so we’ve got some work to do on next years releases, remixes and so on…

Can you tell us about this mix?
This year, I was hailed by Gunita Nagpaul from Listed to help produce the 747 Project at Burning Man. We brought a beautiful KV2 System out for the occasion and I was graced with the opportunity to play on Saturday night, after the burn with my sis, Tara Brooks. This set was 2:30-4am after the burn.. Pretty dreamy night, with lots of beautiful people enjoying the afterburn and some techno…