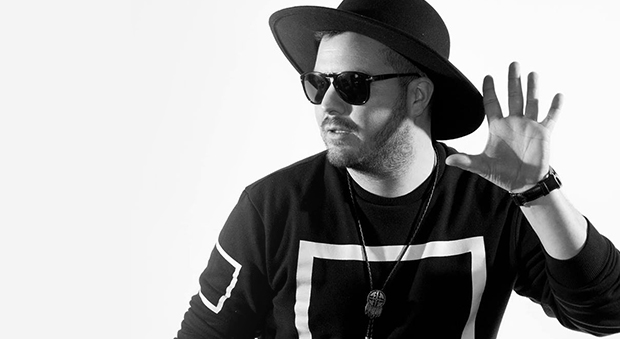 Memo Rex has been taking America’s Finest City by storm!

Frontman and Head Audio Engineer for the Tribe Out West collective in San Diego, Memo has taken a lead role in shaping the Tribe sound. His dedication and expertise in the studio runs deep–having collaborated with Desert Hearts’ Lee Reynolds on original tracks and remixes; while also spearheading Music is 4 Lovers’ monthly “Love List” series, which is comprised of our Top 20 Tracks each month.

We’re always elated to feature Heroes from our own Hometown of San Diego; and this one is special, as it features all original tracks and remixes from Memo Rex and a couple tunes from his fellow Tribe Out West producers. Enjoy!

How did you get into dance music and DJing? Do you remember a specific moment of inspiration or was it an evolution?
I grew up listening to my older brother’s music collection consisting of artists like Depeche Mode, Happy Mondays, Stone Roses & Sugar Cubes. I was so intensely into music from rock to electronica that I began to study and create my own focusing on the Rock & Roll side of life. My perspective on music and its implementation changed forever when i experienced  Bjork and Goldie live at San Diego’s Symphony Hall. I immediately turned in my guitar for a keyboard and turntables. Although i started DJing  Liquid Drum & Bass. I quickly moved my way down the rabbit hole into my current state of evolution which is primarily Deep and Techy.

Describe the scene in San Diego in five words or less. What parties, clubs and restaurants would you recommend?
Funky Fresh Stupid Fat Dope… And I can’t get enough of Blonde Bar:  Great sound, Layout and Vibe, As well as Spin for their great staff and hospitality and of course let’s not forget they’re open a tad later than other SD clubs.

Do you have any residencies?
I do! I have current monthly residencies at  Blonde Bar and Spin Nightclub. Sorta’, makes a previous answer a little biased. oh well

What BPM does your heart beat at?
“Depending on my emotional and spiritual state it can beat anywhere from 118 to 126.”

What gigs do you dream about?
Locally, Desert Hearts is the most magical and organized event I’ve been to, the vibes are thick and the music is deep <3 I would also love to DJ at BPM and its new location in Portugal!

What cool things do you have planned for the remainder 2017 and beyond?
Producing, DJing, Mixing, Mastering, Rinse and repeat… That being said I’m Looking forward to collaborations with David Scuba who just remixed a track for Lee Reynolds and mine’s upcoming EP on Desert Hearts.  In Talks with Machino and Lee Reynolds for a very special LIVE set and of course more collaborations with my dear friend and mentor Lee (The Mamas and the Papas) Reynold’s. Djing more magical Events starting this Saturday at Terrace Afterhours in Las Vegas and Native Aliens CONTACT June 30th in Desert Springs with Tribe Out West homies Susio & Donald Thump.

Tell us about your mix…
I wanted to feature a mixture of released and unreleased tracks as well as collaborative efforts and my own endeavors. Although there are some really nice gems in there from Mikey Lion, Sacha Robotti, Mad Waves & Sam Wild.  I  definitely wanted to feature my upcoming release on Desert Hearts Records with Lee Reynolds to shamelessly  let the people know it’s coming out very very very very soon! And the end of the day i just wanna be me: A mix from deep house to deep tech to techno <3