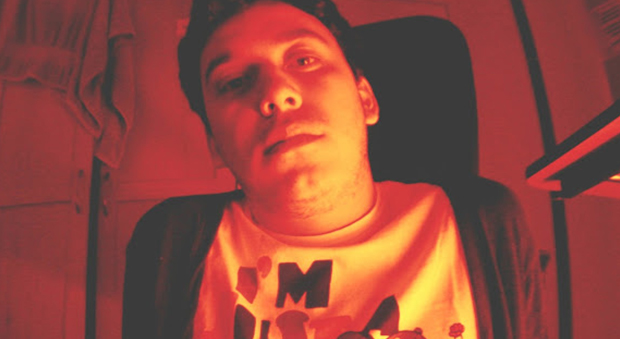 Resident DJ at Casa Morelos in Monterrey, México; A&R for our beloved Union Jack Records; and music producer on another favorite label of MI4L, Akbal Music; MEJIA is indeed making a nice name for himself.

A fine DJ, MEJIA has recently warmed up the dance floor for Balcazar & Sordo and Sashca Dive at Casa Morelos; played an Akbal showcase at Pacha in Barcelona; and is a fixture on all ¡Viva México! line-ups at Canibal Royal in Playa Del Carmen, which also includes an arsenal of Mexican talent: Robbie Akbal, Louie Fresco, Miguel Puente, Hector, Bastard Love, Climbers, Métrika, and Union Jack label boss Memo Insua.

MEJIA broke out of the musical womb in 2009 with his ‘Still In Love‘ EP on Akbal Music. Since then he’s worked his way onto a Hot Waves compilation by a co-produced track with Miguel Puente and a remix for MI4L artist Extended Play on Louder Music.

Now part of the Union Jack team, MEJIA is learning the ins and outs of the label game by friend and mentor Memo Insua. Working side-by-side with Memo on all things A&R related and diving into the challenging marketing and promotion spectrum is giving MEJIA the experience to thrive in the ultra fast-paced world of dance music.

Is MEJIA a Hero? We’d say so! Check out his Hometown Heroes mix and read more about MEJIA in the interview below.

How did you got into djing and producing house music?
My dad bought me a pair of turntables and I used to always play my parents’ records. I would play Michael Jackson and Bee Gees for friends at parties and I really liked the response from them, so I realized that I wanted to be a DJ. After listening to Villalobos and that kind of music, I bought a mini studio kit and started to produce beats. I released my first EP on Akbal Music.

Were you born and raised in Monterrey? What’s the scene like there now? How does the city, and México in general, affect your taste in music?
I was born and raised in Mexico City. I moved to Monterrey when I was 18. I started my first gigs at several parties in Monterrey and my first residency in a club was at Aura and Topaz Deluxe. Right now I’m the Booking Manager and Resident DJ of Casa Morelos. The scene in Monterrey is growing, we have a lot of new music festivals and promoters doing great things, especially at Casa Morelos. With clubs in Guadalajara, Ciudad Juarez, Playa del Carmen and Mexico City, our country is one of the best places of electronic music; and we have such great talent, you see it on the ¡Viva Mexico! line-up in Canibal Royal this September.

How did you get involved with Union Jack Records? What is your role within the label’s operations? What cool project can we look forward to coming out of Union Jack?
My brother from another mother Memo Insua invited me to be part of UJR about 5 months ago–I totally accepted! I’m the A&R and support in marketing, advertising and promotions.

The next thing up on Union Jack Records is an EP from Kosmas, featuring remixes by Eisauszwei, Lonely Boy, Santiago Garcia, and Memo Insua; and then my bro Damian Uzabiaga debut EP with remixes of Pezzner and Zombies in Miami.

What productions do you have coming down the pipeline you’re especially excited about?
I’ve been on a stand-by mode since 2009. My last EP was on Akbal Music and right now I’m very excited to return to the adventure of music production with three or four tracks for Union Jack Records–it´s a combination of house with groovy deep tech.

Dream gig…
This is a very difficult question… My dream gig I think is Panorama Bar (Berlin) or Concrete (Paris).

What track is going off in your sets lately?
Chris Carrier – Electro Body Free (Robsoul Recordings)

Tell us about your mix…
I want to share the music that I´m in love with right now–it’s house music, some techno tunes and a lot of deep vibes. Hope you like it!