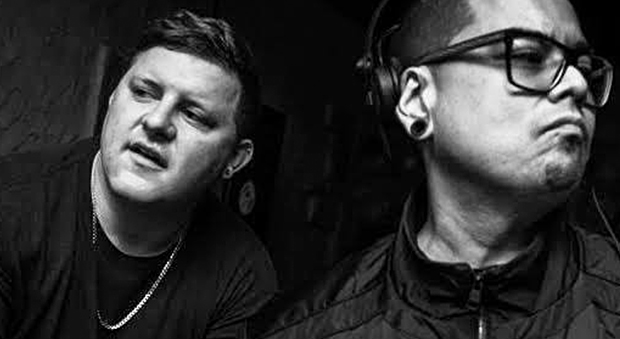 With a lifetime of experience behind the turntables, and as co-owners of SOUP NYC, Love & Logic are staples in the underground house & techno community. Well known for their upfront mixing style and the ability to take the crowd on a musical journey, they are true party rockers on the decks. Their vast history in dance music allows them to seamlessly navigate through different styles of quality House & Techno music, dropping everything from unreleased tunes by today’s most cutting edge producers, to rare classics, to their own self-produced cuts. They released their debut single “Righteous Way” on the world famous King Street Sounds record label and haven’t looked back since. 2015 saw massive records from Love & Logic including hit singles “Big Booty Bitches” on Riva Starr’s Snatch! Recordings, and “Bicycle Seat” on the storied Guesthouse Music label. In 2016 they released their single “Hot Business” feat. Derrick Carter, on their own SOUP label, in addition to a massive EP on Junior Sanchez’s Brobot Records. Between their heavy skills in the DJ booth and top notch selection, Love & Logic are an act you never want to miss. Love & Logic currently hold an official monthly SOUP DJ residency at NYC’s world renowned Cielo nightclub, make regular appearances at the highly regarded Output & TBA venues, and have cracked into the festival circuit with a monster set at NYC’s 2015 Electric Daisy Carnival. Their steady release schedule and regular DJ appearances at Americas top venues have quickly earned them recognition as some of the US’s fastest rising DJ talents.

How did you get into dance music and DJing? Do you remember a specific moment of inspiration or was it an evolution?
Chris Love: It was the early 90’s and I was hosting my own guest lists for Limelight, The Tunnel, Club USA and The Palladium which were owned by Peter Gatien and were called super clubs at that time in NYC. It was these clubs where I would host parties with Dj’s like Little Louie Vega, Armand Van Helden and Keoki to name a few. This was also when the rave scene was budding and I was getting in to acid house and techno. Shortly after that I got myself some turntables and mixer and started to spin UK Jungle. Everything about the early rave culture inspired me and soon after that I realized that it was house music that got me going.

AB Logic: Funny enough I also had Drum & Bass roots. I started playing D&B at raves in the late 90’s and made the switch to house around 2004 after being inspired by artists like Derrick Carter, Sneak, Mark Farina, and Doc Martin and the music they were playing in that period! On turning back since!

Describe the scene in NYC in five words or less. What parties, clubs and restaurants would you recommend?
Strong. In New York you can go out seven nights a week and hear the biggest names in dance music at multiple venues. This city really never sleeps. We recommend wherever there’s a SOUP party. There’s way too many good restaurants in NYC to name.

Do you have any residencies?
We are monthly residents at Cielo in Manhattan and TBA in Brooklyn.

What gig do you dream about?
Chris Love: I have never dreamt about a gig, but DJing at Madison Square Garden would have to be at the top of my list.

AB Logic: Yeah, the garden would be pretty cool!

What cool things do you have planned for the remainder 2017 and beyond?
We’ve got some secret underground parties that you have to have a special key to enter. We have loads of new music coming on the SOUP label including some cool Love & Logic projects. People can stay in the loop with everything we’ve got going on at www.soupmusicnyc.com.

Tell us about your mix…
We included a bunch of really good cuts that have been going off at our gigs in the last month and some fresh off the press unreleased stuff coming on our SOUP label. It’s a sneak peak at some of what’s coming on SOUP in 2017.