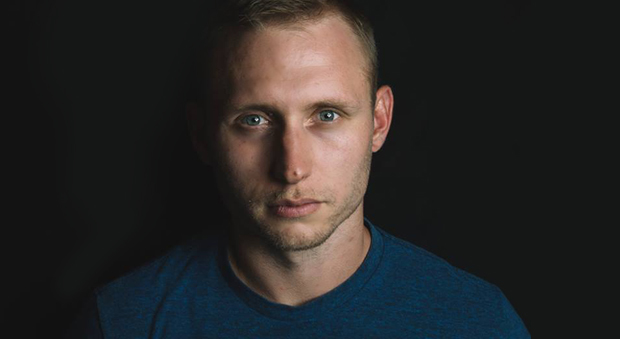 Keine Moniker’s contribution to Austin’s budding scene stems from boutique house and techno dance party [bas_mrkt]–since 2011 previous guests include Clarian, Sian, Tim Green, Laura Jones, and Ataxia among others. Along with partners Christian Barbuto and Chris Nelson, the three have surely carved a stamp in the history of dance music culture in Austin.

After a release on Cream Couture in 2013, Keine became enamored by the back end operations of the label and wanted to play a part. He developed a relationship with Cream Couture founder, Miguel Depaak, and currently collaborates with the label on many projects; including a weekly radio show #GotCream syndicated on Ibiza Global Radio on Tuesdays.

It takes tenacious effort to stand out and make a dent in a maturing city like Austin. Keine Moniker puts in the hours, seizes opportunities, and accepts risks–for that he is indeed Heroic.

How did you get first get into house music and DJing? Do you remember a specific moment that inspired you or was it an evolution?
Well I’m a musician and whenever I’m introduced to a new music “scene” that I like, I immerse myself in the music and the culture. I was playing in a punk band when I was around 15 or 16 and was talked into (granted I was totally against) going to a local rave in Corpus Christi “Love Tribe” where I was first introduced electronic music. It was a bit of a culture shock. I noticed the energy and collective “good vibe” the people around me had, most of all I noticed how the DJ’s in each room commanded attention, specifically DJ Fuze (different fuze) who was playing tribal techno (I had no idea what it was then)..watching him command the dance floor, letting the music captivate me. I knew right then I wanted to be part of all that. It was certainly an evolution, as I’m sure it was for all young DJ’s from my era to carve their own sound. Coming from a background in punk I was first drawn to harder jungle and drum and bass. As I got older I started getting more into jazz and liquid drum and bass. One day while visiting friends my car was broken into and nearly all my vinyl was stolen. After that a good friend of mine (who quickly became a mentor in my transition to house music) and I were at a record store, he had a stack of vinyl he was listening to, a lot of Naked Music, Bombay and so on. I decided to start going through them and was hooked. From that point I’ve focused on exploring all the different colors of house and techno.

What’s the scene like in Austin currently? How is the city unique compared the rest of the world?
Austin is doing very well thanks to some local heroes who’ve made it their mission to expand our presence throughout the city. I’ll admit when I first moved there 12 years ago there wasn’t a lot going on.  It took a lot of work from not only myself but others as well, like my good friend Christian Barbuto–whom you featured not too long ago. Christian co-founded bas-mrkt and Darkside along with Chris Nelson and myself. There were many other entities who were integral in Austin’s “rebirth” like Vagabond, Capital Techno and so on.

That said, I don’t think I’d call it unique as far as house music is concerned. As far as good vibes though, it’s the best city in the world!

Austin is not only the capital of Texas, it’s also the “live music capital of the world.”

Do you have any residencies? If we had one week in Austin what two parties/clubs would you recommend we check out? What about two restaurants?
I hold an [abstrakt] residency at Plush and play [bas-mrkt] when I’m in town.

As far as bars or clubs, there are so many that offer so many different flavors its hard to say which is my favorite. I would say Plush, it’s my home base and where I got my first residency. I play at Plush regularly. There’s also Kingdom, Empire, and Vulcan Gas Company that have killer sound systems and DJ booths.

As far as good food I have to recommened Torchy’s Tacos and Bouldin Creek Cafe (vegetarian).

How did Cream Couture come into the picture? What’s your role within the label?
In 2013 I released an EP “Nympho” featuring my little brother (J. Burnside) on Cream Couture. I really liked the energy I was feeling from the label’s founder, Miguel Depaak. He and I continued to talk after the release and over the years we became close. I started finding myself being asked or talking my way into different roles within the label–I stepped in and helped Miguel focus on the things that help the label’s continual growth; for example our show #GotCream on Ibiza Global Radio.

What’s on the horizon for you the remainder of 2015 and beyond?
Who knows, I try hard to stay in the moment. For the time being I’m focusing on releasing EP’s, like the one coming out this month on Louder Music “Let’s Make a Sex Tape;” and also mixing house music for great podcasts like this Hometown Heroes feature. I’m hoping to be in Cancun by the end of the year helping with events for CCR during BPM and with luck… Ibiza.

Dream gig…
I don’t really have a dream gig. There are certainly places I’d love to play, but playing for a dance floor full of sweaty people is part of the ongoing dream I’m living–at least thats how I like to look a it.

What’s one track that’s lighting up dance floors for you right now?
Labels that are putting out brilliant music are Wolf + Lamb, 2020 Vision, Audiophile Deep, Dear Deer Records… the list goes on!

Tell us about your mix…
I put a lot emotion into it and I think it comes across that way. Hopefully listeners dig it.