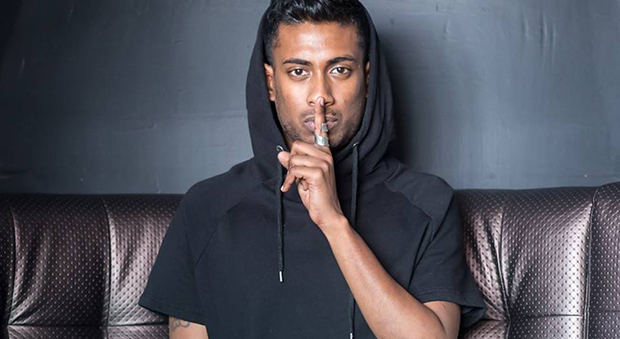 In a city where the Petronas Towers rise from the ground and pierce the sky, there’s a musical movement bubbling in the underbelly of the metropolis. On the forefront of this movement in Kuala Lumpur is a young DJ that goes by the name of JonnyVicious. Taking the underground house scene by storm, and taking the reigns as Music Director at two of the city’s best dance clubs (COMO & Pisco Bar), JonnyVicious has been able help further the scene in Kuala Lumpur in undeniable ways. Rooted in a love for the deeper and darker sounds of house music, he’s brought together a perfect array of tunes for this week’s Hometown Heroes mix. So, turn the lights down, the music up, and vibe to Kuala Lumpur’s JonnyVicious.

How did you first get introduced to underground dance music?

Tough question, I kinda grew up listening to the likes of massive attack and the chemical brothers, i also grew up on a lot of rock, metal, jazz and soul, the variation was vast as my entire family loves music. I would say, the easiest answer has to be the fact that we used to throw our own little private parties back in 2008 because everything that filled the airwaves was commercial and shit, and trust me, it wasn’t about mixing as i didn’t even dream about becoming a DJ back then, my father wasn’t the DJ loving sort. haha.

Kuala Lumpur is your home city, if someone were visiting there for the first time, run me through a typical night out with you. Your favorite spots to eat/drink/dance.

Well typically, you’d definitely miss your flight home if you’re coming over the weekend. A weekend with my crew and I is always special if you’re loved, it involves way too much alcohol, bar hopping, early morning chin munching after parties and EXTREMELY GOOD FOOD, at some point.

What’s on the horizon for JonnyVicious in the remainder of 2016 and beyond?

2016 has been a great year for me, i’ve recently taken over as music director for two clubs, which in my eyes is great because i finally have full creative freedom to book acts i’d never even consider as a promoter. So my balls are really being clutched at the moment as i’m focusing on the acts, but i’ve just been booked for an awesome gig in Jakarta for NYE, so i’m pretty psyched about that.

Do you have any hobbies outside of music?

Who doesn’t? i’m an avid lover of the ever so mischievous mongoose and i’ve just started blowing all my money on vinyl. i also like eating.

What is your favorite city you’ve gotten a chance to travel to, and play?

the Mansion was just the most exciting venue i’ve ever played at, it gave me a clear picture of what the mid 90’s probably looked like in east Berlin when hedonistic techno heads started taking over abandoned buildings to create parties. simple, to the point and i didn’t see a single phone in the air apart from this one dude who wanted me to take a picture of him.

Five hottest tracks on your USBs…

if i told you i’d have to kill you.

[The Ojays – I love music (Dimitri from Paris remix)  always]

Tell us a bit about your mix…