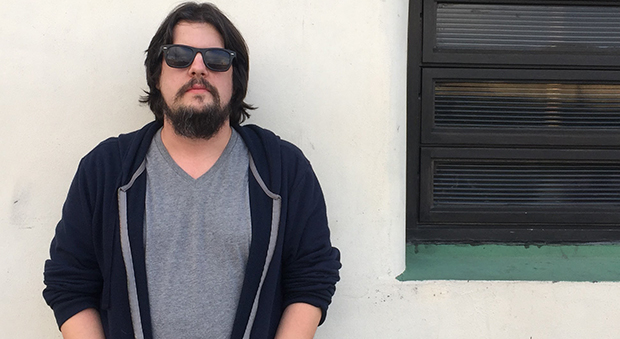 Dusk Till Done resident DJ and one-half of production duo Beta Ghosts, Johnny Vaz, hails to us from Boston, Mass.

Johnny’s own productions have landed on Conya Records out of Germany; NYC label, Good Company Records; and Cenote Records from Boston.

Keep your eyes and ears peeled for Johnny Vaz.

How did you get into dance music and DJing? Do you remember a specific moment of inspiration or was it an evolution?
Definitely an evolution. I started out listening to electronic music when I was in high school. I really connected with stuff on Warp Records (Autechre, Aphex Twin, Boards of Canada) and also some Amon Tobin, Future Sounds of London amongst other artists. But I never was really into “dance” music until I started listening to Pantha Du Prince, DJ Koze, and Ricardo Villalobos. Then eventually I began to enjoy producing and DJing stuff that has a dance vibe to it.

What’s the scene like in Boston? What parties and/or clubs would we want to check out?
The scene is fun here. I really enjoy connecting with other producers and DJ’s. There’s a decent amount of clubs/parties to check out. I’m more partial to the ones that have a DIY asthetic to them. There’s a venue in particular I like. It’s a VFW type hall that is right on the banks of the Charles River in Cambridge. There is a great outdoor space there and the inside is cool too.

Do you have any residencies?
I’m a resident DJ for Dusk Till Done/Key Street Music.  It’s fun throwing events and DJing with them.

Which do you prefer – 115 or 125?
Interesting.  I guess if I am looking at it from a producer perspective I would be more inclined towards 115 (but probably not that slow). I’m generally influenced by more vibey, mellow stuff and I think slower tempos go well with that. But looking at it from the DJ side of things it really depends on the energy in the room and where I’m playing. 125 bpm isn’t like off limits for me but I generally don’t go to that zone too often.

What gig do you dream about?
I don’t really have a specific gig that I dream about. I guess the ideal gig scenario is one where people are receptive to what I’m doing. Its especially fun when I play original stuff and people are getting down to it.

What cool things do you have planned for 2016?
Well, I have a couple EP’s that are coming out soon on Intimate Project Music out of NYC and Buxton Records from Brisbane, Australia.  I have two other EP’s that were released earlier this year on Good Company Records from NYC and Conya Records in Cologne, Germany. I’m really happy to have these releases and its been great working with everybody involved. Also I have some shows with Dusk Till Done that I’m excited about including one with Doc Martin at the aforementioned place on the river in Cambridge.

Tell us about your mix…
It was really fun selecting the songs. It gets a little moody at times and at other times it gets a little bouncy. There’s a couple tracks in there that I just recently found and was excited to put in the mix.