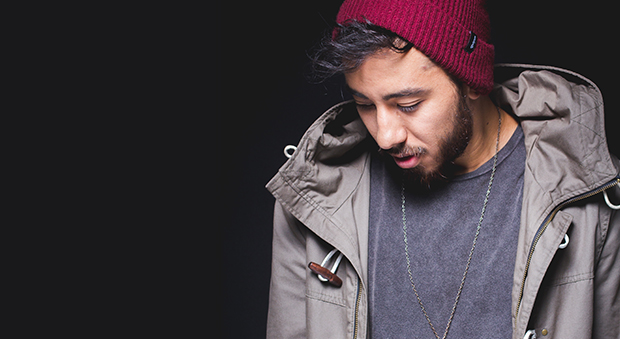 As fixture on the Envision Festival line-up six years and counting, Javier has learned what it takes to control the vibe of a big crowd. He is also a resident a Club Vertigo, one of the most emblematic clubs in Costa Rica and the world for dance music.

We’re happy to add this Heroic figure to our roster of podcasts. Check out his mix and learn more about Javier Portilla in the interview below.

How did you get into dance music and DJing? Do you remember a specific moment of inspiration or was it an evolution?
Well, I think both. Back in the days when I started listening to Electronic Dance Music (EDM when it was not a bad word), the Clubs in San José didn’t play that kind of music. The good parties were basically underground raves in warehouses and psychedelic trance parties in the woods. My friends and I used to do small parties in our neighborhood in one of our houses and that’s basically how I started. One day Dave Seaman came and played this beautiful 6-hour set which was so incredibly good and I was amazed (this happened around 14 years ago when Global Underground Parties were on top) so yes… that can be good moment of inspiration plus a lot of other important moments that came and still coming.

How does running a label help your career progress?
It helps a lot actually. With Moonchild Records I have the chance to interact with a lot of djs/producers and other label owners from around the world; plus the fact that you don’t have to wait for other labels to sign and release your own music.

What’s the scene like in San José? How is it unique compared to the rest of the world?
It is pretty good, we have one of the best clubs in the world (according with DJ MAG Best World Clubs), Club Vertigo is awesome, the sound system is incredible. Some djs that comes for the first time get surprised about that. One of the cool things here is that we don’t have closing time. I’ve been dancing to Hernan Cattaneo ’til noon and then you can go to the rainforest or the beach to chill.

Name a couple core values you hold as a DJ?
Hmm I don’t know, maybe the fact that before being a dj I was (and still am) part of the crowd and I know exactly what everyone is feeling so I think it’s easy for me to do that connection. It may sound cliché, but I just love to see people happy dancing with their eyes closed and a big smile on their faces.

What gig do you dream about?
I’ve been playing there for the past 6 years; Envision Festival in the pacific coast in Costa Rica. It’s just everything you can wish in one place all together: the most amazing vibe, warm weather, everybody dancing with no shoes under the stars in the jungle ’til the sunrise, incredible surround Funktion One sound. Every single person there cherishing the moment. All that, plus the fact that I’m playing at home, for the people who have supported me since the beginning and all my friends. And after dance all night, you can do yoga and chill the next day, jump into waterfalls or just wait for the sunset at the beach drinking fresh coconut water. What else can I ask for?

What cool things do you have planned for 2016?
I’m particularly excited for one of my upcoming releases this year called ¨Bleed¨ which is going to be released between august/september in Henry Saiz’s label Natura Sonoris with two incredibly remixes.

I was gonna play for my first time in Burning Man this year with the Pink Mammoth family but sadly I had to cancel for different reasons, hope I can make it the next year.

It the other hand I’m excited about my Europe Tour starting in October.

Tell us about your mix…
Well, is kind of deep, sexy, mellow and melancholic. I like to use the term “Dream House”.
This mix starts on 115 BPM and finish around 119. It has some fresh tunes from producers I really enjoy like DAVI, YokoO, Satori and Eric Volta to name a few. It also contains my upcoming remix for a track called “Desiderata” from my friend Tara Brooks which is gonna be released in july on Moonchild Records.

Drink of choice…
‘’Guanábana’’ (soursop) juice for the day. Whisky for the night.