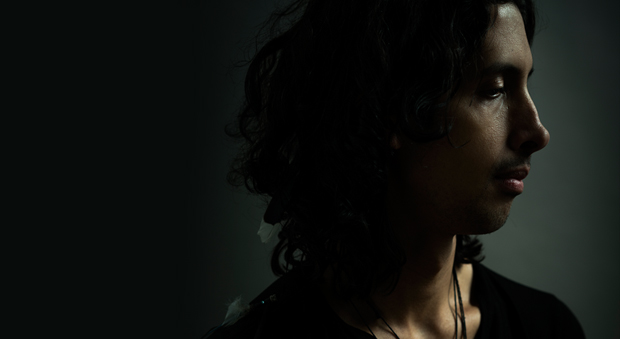 Illich Mujica is a Venezuelan-born, New York City-based DJ specializing in Techno and House music. He has released on the Italian label MothLab Recordings. Mujica is known for his uplifting and interactive stage presence – fans say his moods while mixing are infectious – plus meticulously crafted sets that meld a diversity of influences ranging from Aphex Twin to Richie Hawtin, Nine Inch Nails, The Cure, Depeche Mode, Trentemoller, Sasha, and John Digweed. He has shared the stage with such talented DJ/producers as Marc Romboy, Joris Voorn, Guy Gerber, Green Velvet, Duke Dumont, Radio Slave, Cari Lekebusch, Davide Squillace, Paco Osuna, and DJ Tennis, among others. While he is adaptable to almost any setting, from peak time at a large club to uplifting and intimate sunrise sets, he always delivers a musical journey that wins him new fans and friends each and every time he takes the stage. Finally and not least, Illich Mujica is an always reliable and down-to-earth professional who cares deeply about providing a memorable and exhilarating experience to fans and promoters alike. All these traits combine to make him a rising star in the New York City electronic music scene.

You could say it was Berlin, Miami and New York that sucked me into all of this. I visited Berlin in 1999 and made it to the old Tresor club by chance. I was listening to a lot of Industrial music, and the basement level of Tresor was like a dungeon where everyone was wearing black and the Techno was borderline industrial. It really spoke to my heart, but the music didn’t make sense to me, yet. In 2001, an evil ex-girlfriend broke up with me during the Winter Music Festival in Miami. She based our differences on the fact that I wanted to party sober while she wanted to indulge in substances. When she broke up with me and moved to New York city, I decided to attend the Ultra Music Festival, try it out, out prove her wrong. But when I tried out the scene, the craft of what a DJ actually does started to make sense to me. I understood the music, the transitions and the gradual morphing of the two or more tracks into something bigger. The altered state of mind allowed me to get rid of the instant-gratification mindset of other types of song-oriented genres (like pop, rock, etc) and I was able to finally embrace the long burn of a good crafted DJ set. I moved to NYC to study Architecture at Columbia University and met my best friend; Luis Padron, a Venezuelan DJ who grew up in Miami. We bonded when I heard him play John Digweed’s Global Underground Los Angeles compilation in the studio. He invited me to go record shopping with him at Satellite records at the Bowery and I bought two records just to prove that anyone could mix two songs that “sounded the same.” I had no interest in becoming a DJ – it was just another challenge. For a full year I could not make a mix without train-wrecking. I kept buying records because, “Oh, those two tracks don’t go well together,” but in the process I started to appreciate the craft of DJing. By the time my first clean mix happened I was already hooked. It became akin to meditation to me, and it still does to this day.

I grew up in Caracas rebelling against the norm of Latin music. I was the weird high school kid who couldn’t get a date because I couldn’t dance to Salsa and Merengue, so I embraced a lot of non-dancing, or “dance-however-the-fuck-you-want” music like Metal & Grunge: Sepultura, Tool, Iron Maiden, Slayer, Cannibal Corpse, Nirvana, Pearl Jam, Soundgarden. Then came my discovery of industrial (and some Goth): Front 242, Nitzer Ebb, Front Line Assembly, The Clash. But I think what really tied it all together for me was a weird mixture of all that with The Cure, Depeche Mode, David Bowie, Radiohead and the main glue to all of it: Nine Inch Nails. I truly think Trent Reznor is a musical genius of his own, very close to the level of David Bowie. In fact, I would say that Reznor is the David Bowie of the 90’s!

Can you tell us what makes NYC such a great city for music?

Man, the beauty and the madness to this city is that it never stops, and it draws from so many different cultures influencing each other through every angle of its urban fabric. There is something for every kind of weird thing you may be into. You can find House, Techno, Salsa, Jazz, you name it. There are all kinds of venues and all kinds of parties that will cater to all sorts of genres and scenes. The level of cross-pollination of musical ideas is endless in this city.

Top 5 tracks at the moment?

Where do you see the future of dance music headed this year and what trends have you noticed in scene?

The Brostep thing feels like it is losing steam (thank God), and the sexy Middle Eastern-tinged House music seems to be gaining more and more popularity. So many younger DJ’s are flocking to that sound, heralded right now by some very good artists (including the Brooklyn boys of Bedouin). I am also feeling this sense of a Progressive House revival. I feel that Progressive House is not a dirty phrase anymore, as many of the people playing the Cityfox/Innervision/Middle Eastern/PlayaTech sound find themselves in Progressive House territory in the middle of their sets, and you see them flaunting those “proggy” moments with pride. Hell, even Sasha and John Digweed did their first b2b the other night for the first time since 2010!

You guessed it, Metal, Grunge and Rock Music and in a weird turn of events I now really enjoy listening to classic Salsa from the NYC label Fania and Merengue/Bachatta from Juan Luis Guerra. Also, Trentemoller (his Rock band stuff) is always amazing.

I’m planning a new NYC podcast where I feature local DJ’s and producers that I truly admire or who are doing interesting things in the scene. I’m hoping that the format will feature an initial five-minute interview featuring their mix on the first hour and then me joining them for the 2nd hour for a b2b. It would be casually recorded at my studio. I always love to hear how a DJ’s sound gets influenced by the dialogue established with another respected artist. I’m also getting the production side of things re-ignited and in the works to play some bigger gigs on the East coast this Summer, including the Burning Man inspired “I Feel: Summer escape” festival.

The idea for this was to blend the mix entirely in key, but to create an arc to the story that evolves from subtle ambient sounds to higher energy tracks in the mix. Being a Latino who embraced the darker sounds of Metal and Rock music, I wanted to sprinkle some Latin American moments meshed with almost industrial sounding tracks; all while featuring lots of melodies culminating in a beautiful sonic landscape. I like to play dark material and contrast it against something light and pretty. Musically, the intense presence of the dark and the ominous amplifies the light within the virtues of that which is beautiful.