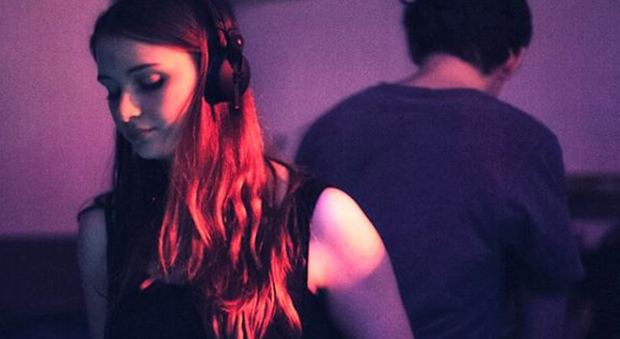 Nestled in the south of Germany lies Nuremberg, home to a half-million people and recognized for it’s medieval architecture. The house music scene is modest, but two Heroes, Jan and Magda, emerge to the trial of developing and sustaining Nuremberg’s sub-culture as Hanna Wolkenstrasse.

Besides holding down a residency at Die Rakete, Nuremberg’s premiere nightclub for underground house music, the duo produces their own night — Neurotanzmitter; where recent guests include: The/Das, Gardens of God, and Wade. Next up on the Neurotanzmitter calendar will be Ross Evans — Friday, May 8, 2015 at Die Rakete. MORE INFO

Hanna Wolkenstrasse work hard at their craft, while germinating the blooming scene in Nuremberg, Germnay — worthy of joining the our roster of Hometown Heroes.

How did you guys get into DJing?
When we got to know each other, we both were DJing seperately.

Magda: In 2009 my sister brought me to my first techno open air in Dresden. Many people in the scene say that they never forget their first techno party and I can absolutely admit that statement. I saw The Wighnomy Brothers at this event and watched them playing records and at that moment it was clear to me – I want to learn this, too! So I started to save money to buy two turntables, a mixer and records.

Jan: I always had a passion for music that consisted of sampling. So I listened to Hip Hop, especially for instrumental versions. Just like Magda, I also had my “I wanted to learn this, too!” moment, but it was about scratching. So my first steps behind the decks were supposed to be for Hip Hop, but getting to know more and more about techno music at the same time drove me to that.

DJing/music connected us in two ways: it brought us together as a couple and as DJs.

Describe the scene in Nürnberg. Do you have any residencies?
The club Scene in Nuremberg is not that big. Besides Die Rakete, or the new club Seltene Erden, there are also smaller locations; and in summer a lot of off-location events in and around the city. We are proud to call us resident DJs at Die Rakete since this year. Together with a collective of other musicians and creative people we are hosting an event at Die Rakete called Neurotanzmitter.

How do you prepare for a gig as a duo?
We are listening to music separately from each other during the week. One or two days before the gig we show each other the music and discuss about the concept of the set. We are a very good team and have a quite similar taste of music. So we can trust each other and rarely are at odds about the track collection.

What exciting news is on the horizon for you?
We are totally open-air lovers and are looking forward to playing many gigs in summer this year! On the 8th of May we are hosting our party at Die Rakete. Our booking will be Ross Evans – we are very excited about this!

What gig do you dream about?
Of course for a DJ there are a lot of locations and clubs that would be awesome to play at. Our secret dream would be to play at Watergate Club when the sun rises.

Tell us about your mix…
We want our mixes to be an insight of our current selection of music we like and play. We always add a few of our “old time classics”  Especially this mix sounds to us like spring!