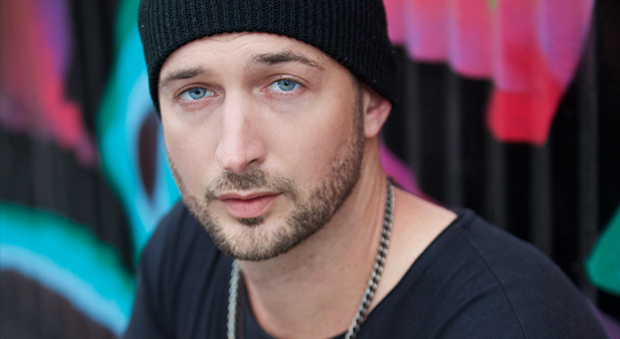 Halloran is a recent addition to San Francisco’s DJ community. His immersion in dance music first began with a mind blowing visit to Burning Man several years ago. Fresh perspectives both musically and spiritually naturally manifested into further exploration. This transformative experience moved into another trip, this time to South America, where he experienced the power of live music, Latin culture and Techno at it’s finest. Halloran returned to SF after a year of traveling, where his journey led him into the SF underground music scene. Wasn’t long before his passion manifested into collecting music and DJing. Shortly thereafter, he was behind the decks opening for influential artists such as Timo Maas, Matthias Tanzmann, Henry Saiz, Yolanda Be Cool and others. Halloran’s Dark, sexy, melodic and heart-moving music floods his sets throughout San Francisco and boutique festivals such as Northern Night Music Festival and Burning man. Now affiliated with one of San Francisco’s most successful Sunday parties “The Breakfast Club!” His goal is simple: “To follow his passion as a artist and playing music for people with nothing less than positive vibes!”

How did you get into DJing and house music? Was there a specific moment of inspiration or was it more of a gradual process?
I was big into the club/rave scene for many years but it wasn’t until 2011 when i started Djing. Then burning man 2012 changed my entire world and opened my eyes and especially ears to so much good music I knew nothing about. Once i returned back to SF I was inspired and more motivated than ever to share taste and groove with others.

Being from SF, how would you compare your city’s scene to others?
SF is special on so many levels with many walks of life that bring nothing but creativity and individuality into the scene. Not only do we have extremely talented local DJ’s but we also have endless underground events that pretty much go from Thursday until Monday with some of the worlds best dj/producers on a weekly basis. I call it the “Weekly SF music festival.”

What’s your favorite part about living in SF?
I love how accessible everything is. I can step outside my house and skateboard to where ever I need to go in 20 mins or less.

You just got back from the burn, can you tell us a little about your experience?
This years burn was very different. I had a few sets outside my resident camp “Kazbah” so I had to be a little more responsible. I also played on my first art car called “Camp Charlie” which was a big ass unicorn that blew fire out of the horn and it was probably my highlight of the week. All in all the burn was great!

When you are not listening to electronic music, what do you vibe on?
I vibe on Santana, Latin music of all types and Old school R & B.

Whats’ your dream gig?
A dream gig for me would have to be playing at the Lost Beach club in Montañita, Ecuador.

Tell us about your mix…
So this mix I wanted to fully represent myself as a artist. I am constantly playing after hours where I can’t go too deep and need to cater to the high energy party people. Well this time i catered to myself. This mix has my personality all over it. Deep, melodic, sophisticated sounds with a splash of tribal.