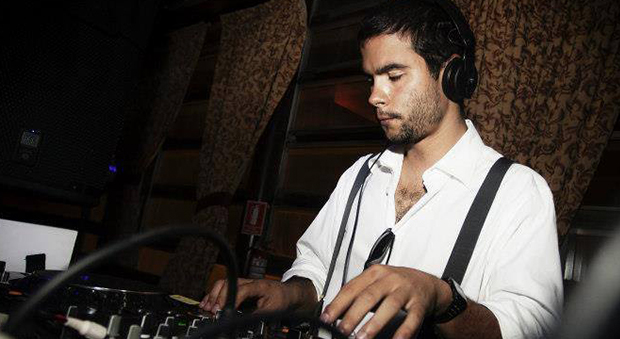 This week’s Hometown Heroes episode comes all the way from Caracas, the capital of Venezuela in the very northern tip of South America.

Don KX has been enamored by electronic music since his teenage years throughout the 90’s. He maintained a DJ residency at one of Caracas’ oldest and well-known clubs, Suka Bar, for 10+ years; and has played many clubs and events around Venezuela and the world–sharing the booth with Richie Hawtin, Magda, Marco Carola, M.A.N.D.Y., Art Department, Matthias Tanzmann, and more.

Now, living in Mexico City, Don KX is working on organizing dance parties and continues down the path of playing dance music for people.

The greatest part about our Hometown Heroes series is the diversity of DJs we encounter; we’re happy to add a Venezuelan selector to the heroic roster.

How did you initially get into DJing and house music? Do you recall a specific moment of inspiration or was it an evolution?
It all started in the late 90’s. I remember  going to a close friend record store after school to get some records, almost every day of the week. Then I bought my first pair of turntables and a mixer, in those days I hooked up with a group of music enthusiasts and  we started to do small parties around the city, also I was invited for a weekly residency in one of the oldest electronic music bars called Suka Bar in Caracas, hosting every week local and international artists.

What’s the scene like in Caracas? How is Caracas unique compared to the rest of the world?
Caracas stands very good actually, it has a big  scene regarding artist and parties,  hosting events every week with local talent and with luck some international artist , when i say “with luck” is because of the current crisis happening in Venezuela,  it’s really expensive to bring good international artists because of the economic situation, but there’s a lot of people doing their best, making quality events with local talent  and sometimes with big names, of course taking risks, it has a new generation of artists and Djs, that are doing cool events, not only in Caracas also all around Venezuela.

Do you have any residencies? What parties/clubs in Caracas would you recommend?
I had a residency, I think for more than 10 years at Suka Bar. Nowadays I’m living with my wife in Mexico City. First I´d like to recommend a night hosted from “NoGame,”  my hometown crew,  almost every week in several clubs in the capital. “Twisted Minds” events and the “High Events” parties are really good, too. All of which hosted by good close friends.

What’s on the horizon for you the remainder of 2015 and beyond?
First, music-wise, really happy to be invited on Hometown Heroes series and doing this mix for you. I´m working on organizing events in the near future, probably first one will be around January in Mexico City. Also I’m invited to play in some parties around Mexico City. I’m attending Art Basel in Miami next month; definitely going to enjoy some cool parties over there–one that comes to my mind is Danny Howells. For NYE we will be in Tulum, México.

In 2016 I’m planning to organize monthly parties in Mexico City with DJs I’m following right now; also I plan to visit Venezuela to catch up with friends and play some gigs at home.

Dream gig…
In a Cenote; or in my bedroom like Boiler Room; or a small intimate get together in my rooftop til the morning hours.

What’s one track that’s lighting up dance floors for you right now?
There are many that come to mind–it’s a difficult choice, but if I have to choose two they’d be:

And second, Ralph Lawson – Lost in the Storm (Lost in Time), an intimidating masterpiece from the 2020 Vision man.

Tell us about your mix…
I’ve been preparing this mix for a while , it took me a couple of months  to grab  the perfect tracks for the mix. I wanted to craft a session  with all the artists that i’m into right now. Some of them are:  Hugo Barritt , Lawrence, Deadbeat, Peace Division , East End Dubs, Butane , Axel Boman , Jus Ed,  The Persuader and Dubmobil who are releasing their first track on a record label called Budare (managed by the Venezuelan duo Moreon & Baffa). Also some classics included, like Laurent Garnier’s “The Man with the Red Face.”

As an ispiration when I record mixes or play at clubs I try to involve my audience into a music story,  always taking place, time or mood like references to create an enjoyable enviroment for music lovers.