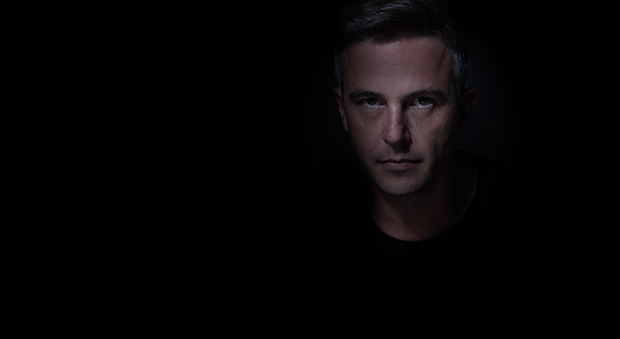 Born and raised in Johannesburg, Dogstarr has been involved in the underground dance community in South Africa for over 20 years. He is the co-founder of TOYTOY, Johannesburg’s premier party brand, and part-owner of AND Club, the city’s hot spot destination for dance music.

Dogstarr has played stages at most major music festivals in South Africa, including Rocking the Daisies, Oppikoppi, CTEMF, Mielie Pop and Griet Fest; and since the early 2000’s he’s been heavily involved with the Red Bull Music Academy and responsible for underground dance music events such as the Brickfields Festival and Who Needs Sleep Tonight, an event that lead to the birth of TOYTOY.

We’re always on the hunt for top notch players in the game from all corners of the earth, Dogstarr is definitely one of them. Check out this two-hour mix from the talented DJ and learn more about Dogstarr’s story in the interview below.

How did you get into dance music and DJing? Do you remember a specific moment of inspiration or was it an evolution?
Thinking back, i would have to say it was a bit of both. From frequenting Goth and Industrial clubs in downtown JHB, to attending my first warehouse party with Josh Wink, to the many after parties messing around on a mates turntables, to ultimately collecting records.

How does your party brand TOYTOY help you progress as a DJ?
Besides the obvious, playing week in and week out to a very receptive crowd, refining your sound, it also goes right back to the beginning. You have an idea you want to communicate with the world, no promoter is going to book you so you can do this. Book yourself and start your own platform to communicate your sound, your ideas etc… That is how TOYTOY has helped me progress as an artist.

What’s the scene like in Johannesburg? How is it unique compared to the rest of the world?
I think it’s is unique just in terms of our geography and social climate, compared to the rest of the world. But like in almost all parts of the world, people like to party. I find Johannesburg has a rawness and uncompromising scent in the air really. There are some many diverse but integrated subcultures nestled deep in the city, in music, and fashion. Still perceived as the big bad smoke of South Africa but also has the genuine friendliness to the scene. People here like to share their music, culture and scene with others. A Johannesburg local will show you an excellent night out.

Name a couple core values you hold as a DJ?
Clear your share of dance floors, this is where you learn the most. Life is too short to listen and play shit music.

What’s one of your favorite jams you’re playing out at the moment?
SKAM – Tibet (Raxon Remix) Just cannot get enough of this track

What gig do you dream about?
Playing a KTDJ party at Le Pulp all those years ago.

What cool things do you have planned for 2016?
We launched TOYTOY Booking, this year in April, which features all info on the residents. We have TOYTOY’s 5th Birthday coming up in September with Luigi Tozzi, and AND club’s 3rd Birthday.. and Oh i wish i could reveal the artist for that… But i am sworn to secrecy, until a major festival here in South Africa announces it first. Bummer.

Tell us about your mix…
This was recorded at a party called Electric Circus held at long standing club called Truth. They booked TOYTOY for the whole night for their Techno floor. It was myself, Sound Sensible, G-Force on that floor and it went from 10pm – 10am. Sound Sensible started off for 3.5 hours and then i took over for 2 hours, then G-Force and then we all played back to back for the remaining 5 hours. This recording is of my solo 2 hours. Really was a great 12 hours of sexy jams