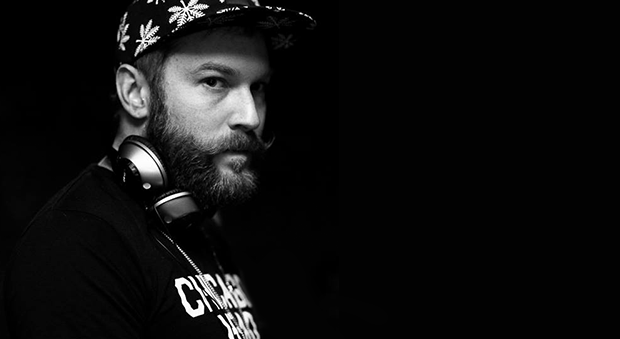 Chicago bred 90’s rave baby turned club owner, promoter, and bad ass DJ — Derek Specs — is a pivotal element in the Windy City’s electronic music scene. On any given weekend you can find Derek playing 4+ gigs at all the hot spots around town, on top of booking the nights at his own place — Primary Nightclub; and with nearly two decades of runnin’ shit in Chi-Town under his belt, Derek is undoubtedly a Hometown Hero in the MI4L Book of Greatness.

Which came first: the producer or the DJ?
Dj came first. I started dabbling in about 1997 with mixing on vinyl and was always a collector. I started taking djing more seriously around 2006.

What was it like being apart of the 90s rave scene in Chicago? Do you remember the moment when you realized that you wanted to be on the other side of the dance floor – as the DJ?
It was a special time to be involved in a movement. It was very edge and very illegal. Two things that attract most young music lovers. The charm of nobody having cell phones was the true game changer. Raves were very word of mouth at times.

I think 2007 when I started taking gigs more often was about the time I felt like I had a voice that needed to be said via turntables. I had learned a lot over the past decade and felt I was developing a style of my own.

What’s the scene like in Chicago now? How do the summer parties compare to parties in winter? Do you notice a boost in energy when spring comes around?
Chicago is alive and well 365 days a year. You can pick your poison in this town from dusk till dawn on the weekends. We have great weekday events that cover over many clubs to help with the arctic death winds. I’ve noticed a more effect awareness of underground dance music with people that jumped on the EDM wagon. I don’t see this being a bad thing most of the time. We all discover at some point. Shit I listened to death metal before dance music.

Primary is a great place, especially the people who work there. How did you get involved with the club? What cool events coming up at Primary are you most excited about?
I have been a diehard supporter of dance music since 1995 and honestly don’t know what else I would do with my life. I felt the city needed a kick in the ass in addition to just plenty of amazing artists not having the opportunity to play Chicago due to the lack of places that support good dance music. I love my staff also. .Most are long time friends and supporters of dance music as well. Most of the staff are musicians as well and just love being around music. It really makes a difference to have passionate happy employees. We all love our job!

Tell us about your latest release.
Next release is on Farris wheel this this summer in addition to an ep I will be releasing on my new label which hasn’t been announced yet.

What’s one of your favorite jams you’re playing out at the moment?
Piemont – High Top (Saab Remix)

What gig do you dream about?
I’d love to share the stage with the greats at Detroit Movement some day, but besides that Tresor is high on my list.

What cool things do you have planned for 2015?
I’m djing w/ you in Tijuana tomorrow and 420 Festival in Los Angeles on Saturday. I am opening for Dave Seaman on May 2nd at Primary also.