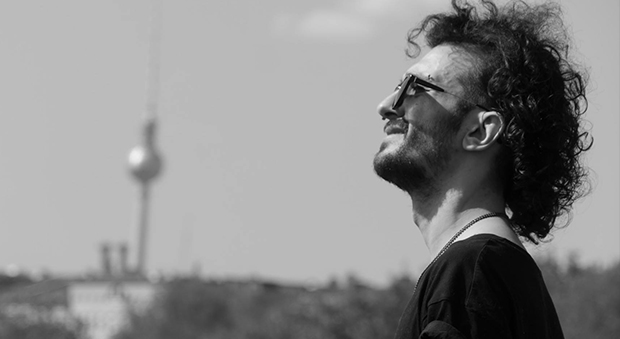 DJ & producer, Davide James, comes to us out of the Mecca of dance music, Berlin.

Sardinian-born, Davide James has a deep love for music. Shortly after moving to Berlin in 2010, Davide began producing. As a classically trained drummer Davide finds himself sucked into the rhythm of dance music. He’s released music on code2 Records, Proton Music and DC10 Records.

How did you get into dance music and DJing? Do you remember a specific moment of inspiration or was it an evolution?
I started as a drummer in my early years in Cagliari, Italy where I was born and raised. In 2012 I played live percussion with a DJ duo that I met a year after I arrived in Berlin. It’s new world which has been fascinating me from the first moment, party all night long, new sounds, a lot of people involved in this huge scene! After 3 years I began to focusing on my own music. My first release in 2015 was the peak of inspiration for me. Personal growth by upgrading my equipment is something I do constantly.

What’s the scene like in Berlin? How is it unique compared to the rest of the world?
I can say many things about Berlin and it’s infinite. When I came along the city it was the good old times — 2011-2013 — when tech-house from Hanne & Lore, Tube & Berger, Sebastian Leger and Gemini was leading in a really magical atmosphere at parties and on releases. Nowadays the music has changed direction and every producer has their own path of growing and producing sounds and tracks. It is beautiful to see everyone, my sound included, changing in his own rich full process. Berlin is a huge resource of inspiration and I’m always thankful to have the possibility to get as much as I can from one of the Meccas of electronic music.

What gig do you dream about?
All gigs for me are special it depends on how they are interpreted and there is many of them I dream about.

What cool things do you have planned for 2016?
I’m working on a few collaborations with very special and great artists. I also have an album coming out at the end of summer.

Tell us about your mix…
Is a selection of tracks with some special live add ins after recording the mix: Live Sound designed FX, Keyboard – Melodys implementations, V-Drums + lots of music that is inspiring to me.