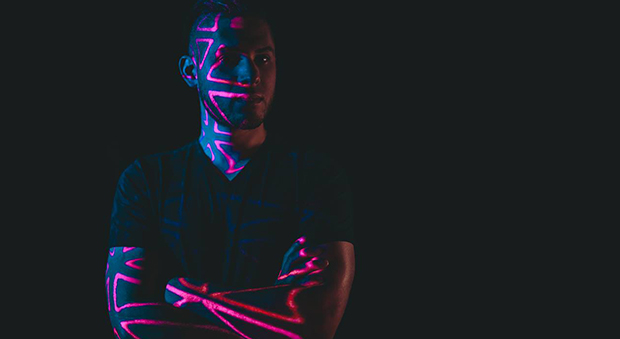 Raised in Chicago, house music has been permanently embedded into the mind and soul of Dan Snow.

Now based in Houston, Dan has discovered his groove and continues his progression in the Lone Star State. As one-half of deep tech production duo Extended Play and one of three residents for the city’s most forward thinking party crew Kinda Super Disco, Dan Snow meddled with the right peeps and courageously works hard in studio.

Extended Play has released tracks on FADE, Pool House, Nastyfunk, and even a free EP on Music is 4 Lovers. The duo has releases on the way for Mindwarp Digital, and have John Digweed hot on their trail. Tour to come as well.

Dan Snow is a talented and courageous music producer with a bright future ahead. A great addition to our Hometown Heroes roster!

Press play on Dan’s mix and learn more about the man in the interview below.

How did you first get into house music? Do you remember a specific moment that inspired you?
I had a friend bring me a 16 Bit Lolitas Live in Buenos Aires and I nearly had a heart attack. This roughly 2004-2005

What’s the scene like in Houston right now? How is the city unique compared the rest of the world?
Most of the shows I have been to out of town are always concert like. Distant from the Djs/Live performers and kinda hard to really feel their vibes if they’re not visible. In Houston, I take great pride with our scene. You get to be right there with whoever is playing. Literally in touching reach. When the performer is that close, he can feed off the audience and makes for a remarkable and rememberable show.

Do you have any residencies? If we had one week in Houston what two parties/clubs would you recommend we check out? What about two restaurants?
Presently, my music partner has a night with another friend called Kinda Super Disco. Before the both of them tag team I usually set up the crowd for them.

To check one of my favorite parties is at a place called The Flat. It’s a vinyl tag team duo with Josh DuPont and Amanda Robinson. It’s busy, small venue, and lots of people packed. Even though it’s always slammed, there’s a positive reaction for the music and people always want more after the night is over. Including myself.

Alright 2 Restaurants. 1: Prohibition! I love that place. The food is quality, sometimes fusion, always fresh, sometimes southern. Not to mention its not bad when you can purchase a $40 bottle of wine and seeing a burlesque show.

The other fave is a food truck called Tierra Caliente. It’s the most authentic Mexican you will get in Texas. Tacos are a weakness for me.

How did Extended Play come about?
Well I moved here from Chicago about a year and a half ago. Didn’t know anyone really and met some pretty cool people. A guy named James Reed asked me what I did in music. After that he brought me to a friend of his who was actually looking for a music partner. I was super enthused because I’ve been wanting someone to produce with for almost 2 years. When I met Josh DuPont it was instant mesh. We talked about a lot and he was very happy that I was an educated musician. I was more than simply a sample user. Now in every production, he’s super passionate about me placing in guitar parts. All of our tracks have guitar elements whether it’s natural or we alter the guitar sound. Presently we play out and soon big things are about to take place.

What’s on the agenda the remainder of 2016?
At the moment we have just landed our first booking agent and is a very great start. It will start with a couple of out of town weekend gigs and then eventually end up all out tour. We’re still working on the details and figuring out how we will tour with so much label work on our plate. Right now mainly in studio and have another 2 EP’s set for release just got done with 2. After all this we have to finish 2 other singles and EP’s. Keep a look out on FADE records and Mindwarp Digital. Digweed has been close to both label owners and hoping for something big to happen. We’ll soon see.

Dream gig…
Dream gig is tough because I’m so open format. It would be amazing to have Josh and Richie Hawtin tag team at a big stadium concert with me on guitar out front.

Or even a tag set with Anja Schneider out in Amsterdam. Dreaming big lol.

What’s one track that always on your mind at the moment?
Probably Our Extended Play – Blood Moon track. As a producer or musician, you always listen to your productions a thousand times thinking “I could have done something better here.” Or just second guessing myself. However, I love it and really proud of this track.

Tell us about your mix…
Inspired by all the performers at BPM, I wanted to give a little drive. Solomun was relentless and I kinda wanted to emulate that but in my own way. Starting airy and dreamy, I begin to get very techy and it just drives. Lot’s of arpeggiated synths, stabby bases, and quick high hats. It all just flows. Hopefully this keeps every on their feet.

Drink of choice…
Bulleit Rye and Ginger Beer! It’s all I drink but be careful, they punch you in the face after the 3rd one.