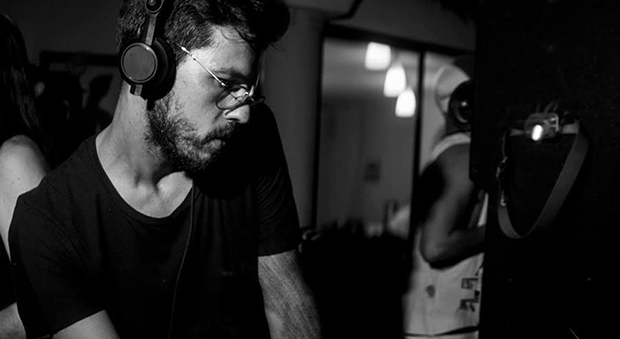 For this edition of Hometown Heroes we travel to the heart of the Balearic Islands, Ibiza–a mythical island that has been party central since the Greeks. It is the home to journalist, DJ and radio presenter Christian Len.

Host of radio show “Shelter” on Ibiza Sonica, Len’s creative, unique and hearty taste in music has led to the airing of countless hours of amazing tunes on the famous White Isle station. An Heroic task indeed!

Fresh off the full-blown, never-ending bacchanal “season,” we got up close and personal with Christian to learn about his love for dance music and the journey that found him washed ashore in Ibiza.

What is going on in Ibiza right now?
It’s absolutely calm, something that the island needs after the busy, crazy summer. Balance is a very important thing on the island. If you don’t find balance here the island will spit you out. It seems a bit esoteric, but it’s true. The island has its own personality. It’s a very intense place. The season officially ends the first week of October, but some parties go on until Halloween for the summer workers that are still here who didn’t have the time to hang out. After that the island hibernates until the Spring.

How was your summer?
Summers here are always a rollercoaster for me. You look back in October and say “WTF?!” Every day is different. Every night is different. Every week is different. From May, when the season starts and everybody has a lot of energy and there aren’t too many people, to October where islanders are a bit burnt out. Of course it’s crazy busy in July & August thrown in there somewhere. They’re many stories of adventures with your homies, with people that just pass by or with friends coming from everywhere to visit you, meanwhile, of course, you’re working.

This was a great summer for me. I recently left my job at Ibiza Sonica after four years. I wanted to pause and work on my own projects, focus on DJing and journalism. I’ve been interviewing people like DJ Harvey, Mark Barrot & Acid Pauli, plus playing here and there with residencies at Babylon Beach, Sunset at Kumharas. I’m also running my own party in Barcelona called Homies.

When did you start DJing?
I started DJing with proper equipment when I was 18, playing in a cocktail bar my friend owned. I bought my own cheap Gemini CDJs and mixer and brought them wherever I was asked to play. However, if you regard a DJ as a selector of music I would say I began DJing around 12-years-old more or less. I would record mix tapes from the radio then make copies for my friends (especially girlfriends!) Later on I began to building my digital collection, but not easily downloading music from the Internet like we do these days. Instead I spent many mornings not going to class at university, ripping songs from CDs to my computer. I was studying really hard, hahah.

Did you play an instrument growing up?
In high school I met some friends and they were into music, so I decided to sing and play guitar. We formed a band and played for some years. Now one of my best friends from the band is in one of the most interesting bands in Spain. ZA! Check ‘em out. They´ve toured the U.S. a couple of times. After a few years of not playing I decided to start a band again. It was called L´Hautacam. We recorded an album, but after six concerts I had to leave Barcelona. That was in about 2011.

Why did you get into radio and how did you connect with Ibiza Sonica?
As a passionate music lover I wanted to share the music I loved so I had two ways to do it, play it in clubs or have a radio show. I chose both. I began at a small local station and then applied to ScannerFM when it was the first digital radio station in Spain at the time. It was a really cool station in Barcelona and the crew and all the show hosts were really into music, so it was a really nice to share all this passion with all these cool people. I’ve been getting deeper into radio, learning and growing from it. After four years of coordinating Ibiza Sonica Radio and organizing amazing events with Primavera Sound and the Sonar Festival I moved on. Four years seems to be my limit.

How I got to Ibiza Sonica is quite funny. After leaving ScannerFM (and also breaking up with my girlfriend) I sent an email to all my contacts saying that  “I was beginning a new adventure” and that was true. I wanted to run my own music consultancy company, but the new adventure came in the form of a sudden phone call asking me “Do you want to come to Ibiza?” It was Igor Marijuan, the director of Ibiza Sonica.

When did you start your show ‘The Shelter’?
Just after arriving at Ibiza Sonica. I wanted to share the music I loved, but honestly at the beginning it was a bit difficult for me. Coming from Barcelona I was used to being eclectic and intense, but Ibiza is not that open. After some years here on the island I can say that it’s quite limited musically speaking. It’s true that most of the best DJs in House and EDM are coming to the island, but it’s just about that; House, Deep House, Tech-House and a little bit of Techno and Disco. All other genres are quite rare. Even Balearic is not that common, but I chose this option, because it’s a genre that was born in the 1980s in Ibiza from very special circumstances where the resident DJ had to play for eight hours outdoors. Of course in the ‘80s they didn’t have access to all the music we have now, besides the fact that they had to make people dance from different parts of the world and different social background; hippies, wealthy people and the locals. So to that end Balearic is both a genre and a state of mind. It’s music that fits with the spirit of freedom on island and can be played outdoors mixed with the sound of the waves, the sea and the wind.

How is the Barcelona scene and what are your penthouse parties all about?
Barcelona has a really nice scene. Just last weekend Primavera Club had Floating Points B2B Daphni B2B Four Tet. Next weekend the MIRA festival is happening with sets from Nicolas Jaar and Jamie XX in different club nights. In-Edit, an international festival of music documentaries is also happening. Barcelona is a very cosmopolitan city and there’s a lot to offer in all kind of genres. We have Sonar and the Primavera Sound festival, two of the most respected in the world. Barcelona is probably one of the sunniest cities in Europe on the Mediterranean.

Homies is a party series to be celebrated in any place that makes you feel comfy & cozy like you’re at home. It was born from the desire to share special music in an intimate setting. Clubs and festivals are quite impersonal. Even though hearing and dancing to music in a community is already a very social thing it’s never going to be as close as sharing music in a house party. The space gives you the opportunity to play music that you may not normally hear in a club or festival. It’s about the really special tunes that you show to you homies when you’re at home after the club sharing joints. Homies has been successful and we just landed a residency in Ibiza for this year at the Pikes Hotel where DJ Harvey had a summer residency. Ultimately this is a party for true music lovers.

Who has been making tunes lately that you really like?
Someone that I love, musically speaking, is Mark Barrot, the head honcho of International Feel Recordings. His productions as an artist are great and everything he’s releasing on his label, every single release is amazing. Also, Crew Love is going to release a great album in the beginning of 2016. Check out the song “Love Train” by Soul Clap & Pillow Talk, it will be a killer.

What goes on in Ibiza during the winter?
It’s just you and the island, a moment to rest and enjoy the calm and the natural treasures it has to offer. Life wouldn’t be possible here without the winter. It’s needed for the balance of energy. November is a nice month. It’s begins to get cold, but you still have the chance to go on nice trips around the island in absolute peace. Then around Christmas a lot of people go back home. In January and February a lot of people are gone on vacation to Thailand or Mexico to do the winter season there. Then the spring comes and it’s the best time in Ibiza. The island is in bloom, in all senses pornographically beautiful.

Do you have any future plans or projects we should know about?
This winter I’m heading back to Barcelona, my hometown. I have a nice music job to do there and on the other hand it’s always nice to be with all my old friends living in the city again, I´m really looking forward to it. I’ll probably have a foot in Ibiza in the summer, but for now Barcelona is my next stop. Ibiza, for sure, will be still in my mind and just 40 minutes away by plane.