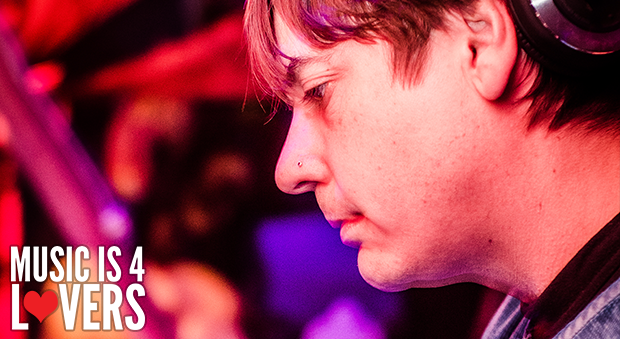 For over two decades, Moontribe has been a staple outdoor gathering for LA ravers — sprouting up only when the moon is full and lighting up the night sky. Sixteen of those twenty plus years Ben Annand has been the ritual’s house music selector. Besides being Moontribe’s resident DJ, Ben also produces his own event — Tropical — a party that takes on many shapes: on boats, in warehouses, and under the stars. It’s evident by Ben’s musical style that the full moon vibe resonates deeply within his spirit.

DJ, promoter, producer, new father — Ben Annand continually hustles to live a life he loves — a trait we honor. Enjoy this latest episode of Hometown Heroes and learn more about Moontribe, Tropical, and Ben in the interview below.

* Click HERE if you don’t see a SoundCloud link.

How did you get into dance music and DJing?

In ’95, I rediscovered raves. This time connecting strongly with the music and atmosphere; spending a few months dedicated to the to dance floor before getting more involved by helping promote Hollywood after-hours clubs — Magic Wednesdays and Starlight. I decided to learn to DJ in ’96 after spending a contemplative summer in Edinburgh, which led me to buy my first records at the legendary 23rd Precinct a week before returning to California.

Tell us about the history of Moontribe and what role you play.

Moontribe started in 1993 and was held under the full moon every month for the 6 years following — switching to 4-6 gatherings per year on select full moons for the 15 years since. Always on the full moon, regardless of day of the week. Full moon gatherings stand out for being non-commercial, donation-based events with amazing sound, music and vibe. I first attended in October 1996, first played a set in December 1998, and was asked to play every month following until being made an official resident somewhere around summer 1999.

What role I play – not much on the organizational side as I have my own event to organize and two would kill me. Musically I am the main – and have been at times the only – injector of house music into the blend of musical styles represented at Moontribe. I have played many of my best sets there.

When and how did the idea for your Tropical parties come to mind?

I chose the name Tropical for my first solo party promotion in 1998 because I liked the sound of it and because a good night out could feel like you were really escaping to somewhere far away. What started as a warehouse party has been through many phases including a boat party, beach party, campout, a dabble in festival, and finally retreat!

The music world is currently going through a mega resurgence of house and techno – How does that affect you as a DJ and promoter? How do you handle the fresh competition?

As a DJ this resurgence is a positive for me – already playing for a lot of the most established and respected crews. I am very visible to new promoters and find myself busier than ever! As a promoter it’s also a positive, great new talent for me to choose from. As far as competition, there’s so much out there it’s not even worth thinking about – stand out or else!

If you moved out of LA where would you go next and why?

I’ve always wanted to move to Spain – if not there, it would be some other Spanish-speaking country — or possibly Brazil.

What’s one of your favorite jams you’re playing out at the moment?

I dream of going back to Labyrinth Festival in Japan where I played 2007 and 2008. Still my favorite!

What cool things do you have planned for 2015?

Next gig is this Sunday, new club at Queen’s Wharf 555 Pico Ave. Long Beach. Looking ahead — festival season gets started soon — I have Eternal and Desert Hearts booked in March and Electric Poncho in Mexico at the end of April. Also planning a Western US Tour early April. Keeping a lid on summer festival bookings for now