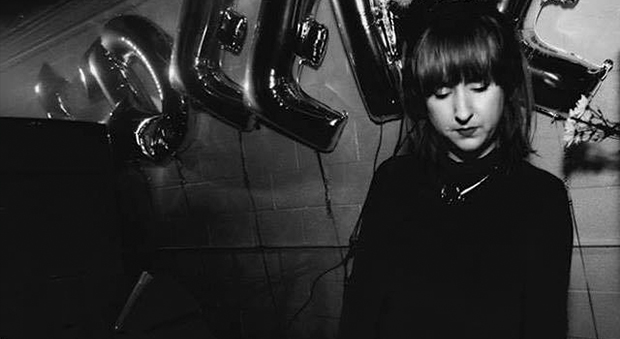 Born and raised in Los Angeles, Alison Swing has been a self-proclaimed vinyl junkie. Drawing inspiration from Dutch modern disco and banging Chicago house, to Scandinavian beats and dubbed-out romantic techno. Alison is co-founder and resident at one of LA’s newest emerging party series – Dig Deeper LA.  She has played among the likes of Axel Boman, The Black Madonna, Detroit Swindle and DJ Sprinkles locally in Los Angeles as well as in Germany and México.

How did you get mixed up in this crazy world of electronic music?
It’s all happened pretty naturally. I’ve always been really into music from a young age playing several instruments. The first time I saw LCD Soundsystem live I totally caught the dance bug. Ever since then I’ve just been (excuse me) digging deeper for more and more new tunes. I feel like the move into DJing was just a matter of time.

Who were some of your biggest influences growing up?
My Dad used to play The Beach Boys for me a lot growing up. I was also a pretty big band nerd and would go to school early to play bass and trombone in jazz band.
Can you tell us a little bit about your Dig Deeper parties and what you want to bring to LA with them?
Masha and I started Dig Deeper together a little over a year ago. We’re both huge fangirls of all the music we’re booking and playing. I feel like that translates into the parties we throw through custom decor and lighting to longer extended sets from many LA debuting DJs from around the world. It’s a total passion project.
What makes for a proper underground? What do you think of the current state of the LA underground?
I think the best thing about the underground right now is that everyone is doing their own thing. I really really love what’s happening. We’re all working together and everyone is focusing on their own fresh flavors. Like I’m so excited to see who Fine Time books next or to check out the next Far Away party.
What makes vinyl so sexy?
First off I want to say I’m not an elitist when it comes to vinyl. Sometimes I really wish I could give it up because it’s so difficult but I’m completely addicted. There’s just something so intimate about the process of finding a record in some bin at some record store you found. Then picking out a bag before going out and being limited to those choices that makes me feel more creative. I know where and why I bought every record I have and am attached to all of them.
Some of your favorite records at the moment?
I have really been enjoying the new Floating Points album ‘Elaenia’ and Fatima Yamaha’s album ‘Imaginary Lines’. Also got a sneak preview of the new Max Graef record and it’s outstanding

Dream gig?
I want to the play The Lab at Berghain more than anything. I was just there for NYE and was completely blown away by the hard disco I heard there. It’s not exactly for the faint of heart either.
Any advice to DJ’s trying to break into the scene?
Just be yourself and work really hard. People are going to talk shit, doubt you and not care about what you’re doing. But if you really love the music and just keep at it with the right intentions I think amazing things are possible!
When not listening to electronic music, what do you vibe on?
I really enjoy listening to a lot of shoegaze and indie rock. But really when it’s not house it’s usually disco/soft rock/funk.
Can you tell us about this mix?
I got together a bunch of new records I picked up in Berlin last month as well as some jams I’ve really enjoyed playing out lately. I wanted to go more for a classic deep house vibe on this one. I hope everyone likes it because I had a lot of fun recording it! It’s all vinyl, done live in one take