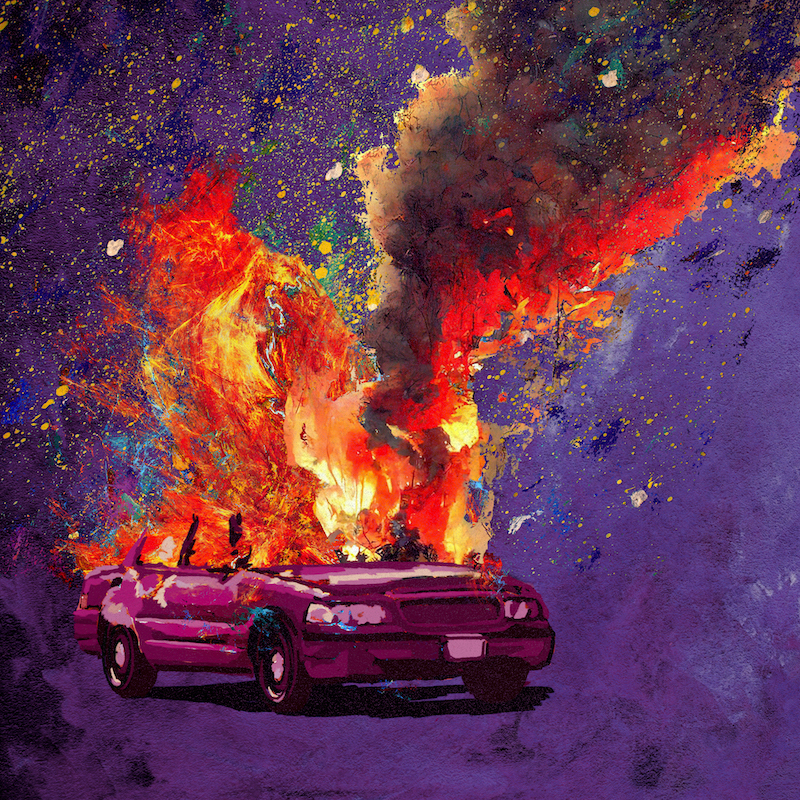 Hippie Sabotage amplifies the power of Camino’s emotional hit “Burning Fire” with their signature sonic identity of heavy 808s, atmospheric synths, and a blistering guitar that packs a punch in their first release of 2022. Releasing October 14th via Def Jam Recordings, “Burning Fire (Hippie Sabotage Remix)” is a musical embodiment of triumphant celebration for the Venice-based multi-instrumentalists and producers.

Made up of brothers Kevin & Jeff Saurer, Hippie Sabotage got their start as bedroom producers in middle school after obsessing over the music used in their favorite skateboarding videos. Evolving their sound over the years, which is rooted in electronic music, the duo takes cues from hip hop, psych rock, and chillwave, all pulled together by Jeff’s killer guitar skills and Kevin’s explosive personality on stage. In 2014, Hippie Sabotage skyrocketed to #1 on Billboard’s Next Big Sound chart after releasing their remix of Tove Lo’s ‘Habits (Stay High)’, which has surpassed over 1 Billion streams across DSPs.

At the end of 2020, Hippie Sabotage released their debut LP Red Moon Rising, to much excitement from fans. Created with their fans in mind during the intense wave of COVID-19, the album flows with recurring themes of overcoming adversity. With their sophomore album Floating Palace, Hippie Sabotage exudes confidence and growth in their music, while staying true to the fans that have followed their journey to this moment. In early 2022, Hippie Sabotage hit the road on their headlining Rooms Of Hallucination Tour. The California duo played 46 dates across North America, with stops in major cities including San Francisco, Los Angeles, Chicago, Seattle, Brooklyn, Toronto and Austin with frequent collaborator, British singer-songwriter Daisy Guttridge. They later went on to guest on Dr. Greenthumb, hosted by B-Real of Cypress Hill, racking up 10,000 unique views during the live stream of the episode. Their latest remix for Camino is yet another step forward for Hippie Sabotage, who continue to hone their authenticity through their distinctive sound that fuses the brothers’ varied musical influences of rock and hip hop.

You’re going to hear history, pain, joy, and so much more in the skyscraping soulful pop of Camino. Embracing music, he split his high school years between playing drums, learning the guitar and bass and rapping. Following an initial aspiration to rap, he moved to Atlanta and endured homelessness for nearly a year. When he couldn’t sleep at the studio where he worked, he slept on the bus bench outside. After orbiting the B.o.B camp, he began working with international icon Akon. Eventually that landed him a record deal but following a regime change, he found himself label-less and broke in Los Angeles. However, the songs he carried with him caught the attention of Def Jam and led to a deal in 2019. Now, the singer, songwriter, and multi-instrumentalist introduces this sound on his 2021 EP, ignited by the lead single “Burning Fire.”