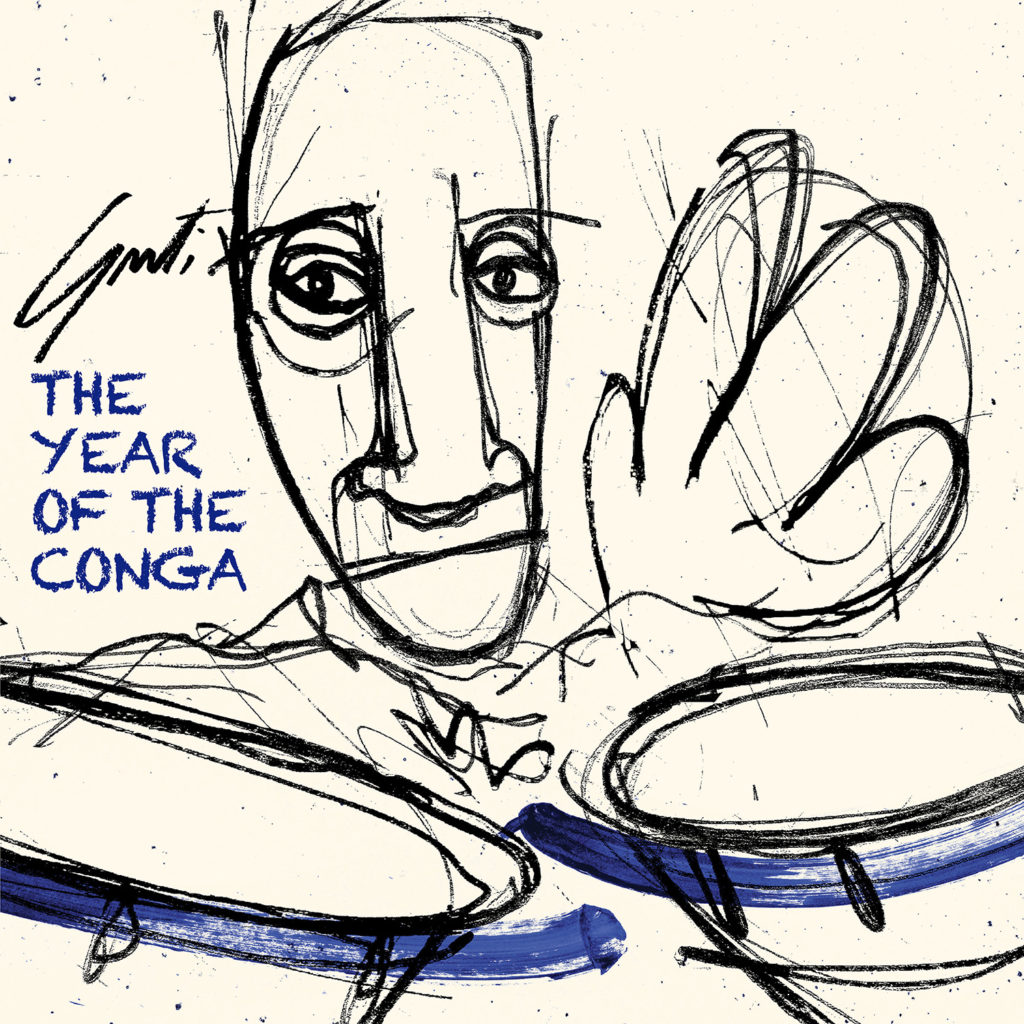 LISTEN TO CLIPS OF TWO NEW TRACKS ON THE ALBUM HERE – https://soundcloud.com/cuttinheadzmusic/sets/guti-the-year-of-the-conga-2

Life is all about rhythms. We don’t know what we’re dancing to until we’re in so deep we can no longer control ourselves. The rhythm controls us. Right now both Guti and the Martinez Brothers are dancing to the conga rhythm. Guti’s third album, they’ve been dancing to it since the summer, teasing us with a whole slew of percussive new… And they’ll continue throughout 2019. Chances are you will, too. Eventually the rhythm will control all of us. It’s too infectious not to.

Here’s the 411: ‘The Year Of The Conga’ is Guti’s third and most rooted album to date. It came about through a personal request from brothers Chris & Steve Martinez. Both unapologetic Guti fans they wanted the very first album on their Cuttin’ Headz label to be his. The result is a total reconnection back to his Argentinian foundations, his club roots and everything that first lured him to the dancefloor…

“I’m back to my roots and found my Latino groove again,” says Guti who wrote the album throughout 2018, starting it whilst bulleting through Japan by train, the majority crafted in the jungle of Dominican Republic, having collected and sampled native percussion instruments, and then finally mixing down on his return to Europe. “Every song is full of rhythm and created to make you dance…”

He’s not messing around; from the writhing snakelike percussion and rousing calls and cries of opener ‘Aee’ right through to the final mesmerising waves and farewell struts of finale ‘Voladora’ this an album is born both for and from the dancefloor. No overthinking, no purism, no exclusion; just unabashed physical hypnosis, fuelled for the floor, guided with gut instinct and years of groovecraft. It’s the sound of an artist who’s disconnected, explored and reconnected. He’s older, he’s wiser and more in tune with his own pace and palette. One of the most diverse and explorative artists to come from Loco Dice’s Desolat stable, this is Guti simplifying his passions down to an essence of everything that’s magic about his roots and our shared dancefloor culture.

The highlights are in abundance; those hazy-but-persistent New Jersey organs on ‘Telling The Truth’, that wobbly sub on ‘Red Eye’, that shimmering sinewy acid line on ‘Se Baila’, the spicy pianos and wet horns of ‘La Orchestra Fantasma’, the list goes on. Each cut designed for deep mix pleasure, each cut rolling with a strong organic flavour and alluring percussive dynamics, each cut showing Guti at his most inspired, warmest, playful and ready to wrap you up so deep in a conga you’ll soon lose yourself.

Cuttin’ Headz, cuttin straight to the chase but never cutting it fine… Let us be the first to wish you happy new year with the first ever album on the currently unstoppable label. We’ll wish you a happy new conga, too. 2019’s going to be a vintage and Guti is leading the charge.

5. OUR HOUSE (SOMEBODY) feat. Leo Garcia