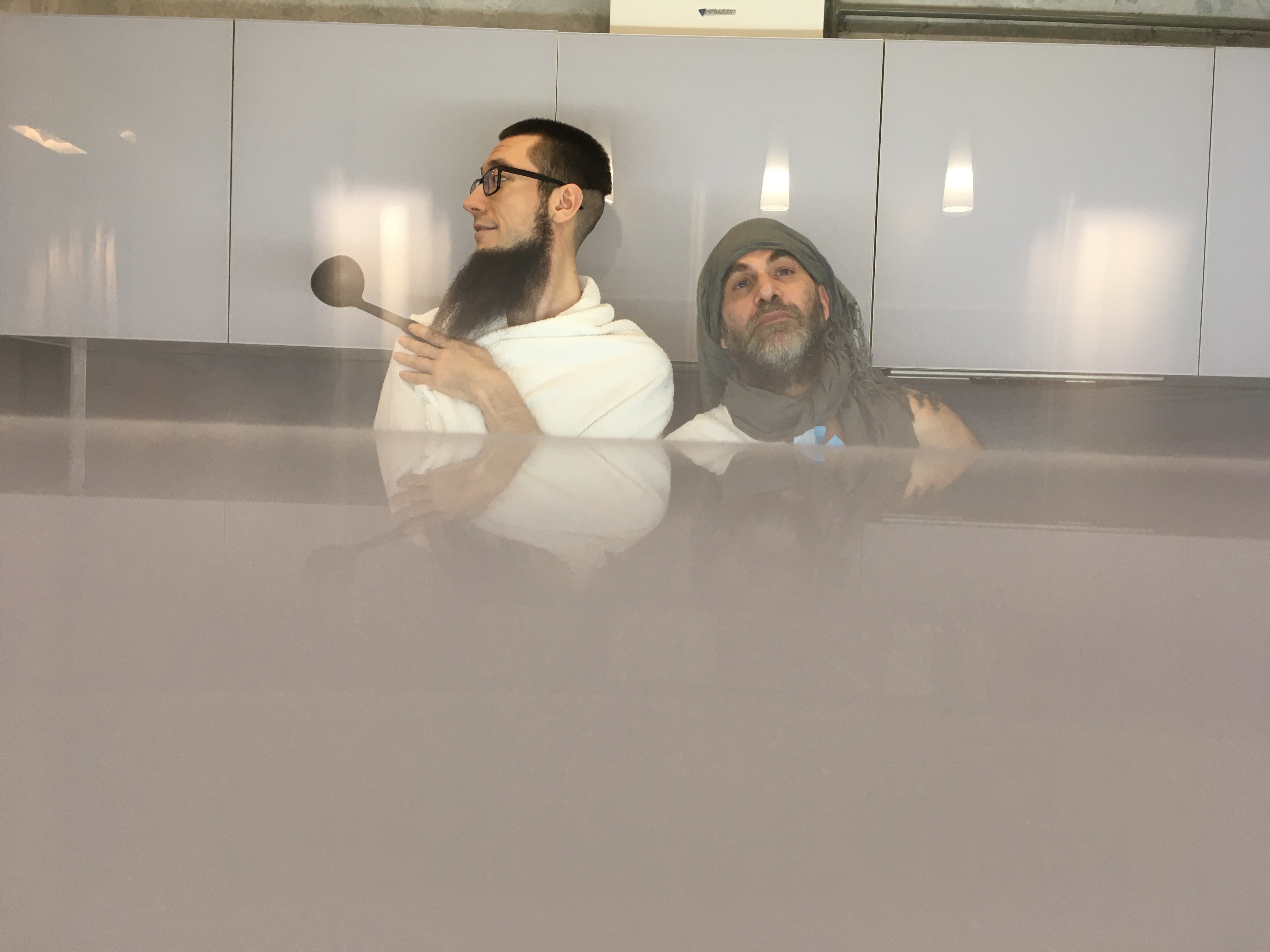 Renowned for his chart-topping alter ego The Supermen Lovers and his track ‘Starlight’, Guillaume Atlan is a name that remains at the forefront of disco all around the globe. This Parisian artist launched his Word Up Records imprint and formed a duo in the process alongside Ukrainian producer Dymtro (Dyma) Vasylets.

Both artists who speak completely different languages and live thousands of miles apart joined forces, then ‘Kill This Kant’ was born. We caught up with Guillaume and Dymtro to hear about their exciting new release ‘The First’, the story behind the duo and their plans for the rest of 2020.

Hi Guillaume and Dyma, thanks for joining us. Can we start by talking about your new alias together ‘Kill This Kant’. As you both live miles apart from one another and speak different languages, how was the duo formed and what’s the backstory behind it?

Dyma: The best thing about this duo, well it literally just happened. We’ve met each other almost accidentally, started talking and found some connection. After a while Guillaume suddenly arrived in Kyiv with a banger suggestion – ‘let’s go to the studio and make some music!’. I had no idea what and how we will do until we arrived to the studio. And now I can tell that not knowing was super cool! Magic happened, and from the first kick, we entered a very special zone of music creation. Communication was so intuitive and in-the-flow, that we didn’t even realise what exactly had happened.

Guillaume: Life, God, love, my mum, my old german teacher…. whatever brought me to Kyiv in Ukraine. I met Dyma there and I found the guy bizarre, he’s super tall with a strange haircut. He showed me a video of him, but one where he was playing strange instruments which I’ve never heard of or seen before. I proposed him to eat Thai food in a studio, and he said ok.

Guillaume, you’re renowned for your funky alter-ego The Supermen Lovers and particularly your International hit  ‘Starlight’ alongside Mani Hoffman, which was awarded the MRJ Music Award for international song of the year in 2001. Can you tell us how your sound has changed since those early days?

Guillaume: Honestly, I think I’d need a book to explain how my productions have changed in the past 20 years. In 2 lines I would say, that I have produced and composed music with only analog machines during a 14 year period and moved to digital in 2015. I began to mix both set up in 2018 and this is exactly how I produced ‘Kill This Kant’ with Dyma. We have produced the all EP in a studio in Kyiv just with analog machines and then we mixed the all stuff in my studio in Paris with digital software and plugs.

Let’s talk about the production processes behind your new EP ‘The First’. What software do you tend to use and were there any go-to tools you reached for in the studio with this release?

Dyma: The sicker the better! We used old-school vintage synths like Juno and voyager, analog drum machines, authentic African percussion and Ukrainian flutes, even body slaps and snaps! The best insight to our studio sessions was ‘okay, we don’t care HOW we do it, but it has to be FUN’.

Guillaume: I told you! The guy was playing some super strange instruments!  He’s super bizarre. After the production, we moved to Paris to mix the EP and we’ve used mostly software and plugs etc…

You’ve previously had material on La Tebwa and Lafessé. Can you tell us what it’s been like to release on them in the past, and what does a day in the life of a label boss entail at Word Up Records?

Guillaume: Lafessé Records was my first label. I started a new one (Word Up records) in 2014. I wanted to start a new story and produce new sounds. La Tebwa is my agent company and he s following me to help to release all records I’m doing under different alias’: The Supermen Lovers, Entschuldigung, Roommates and now Kill This Kant with my bro Dyma. Word Up is a small label where I work alone. Latebwa is making a link between Word Up and distributors.

Can you tell us how you got into the electronic music scene originally and how do you feel the scene has changed in the intervening years?

Guillaume: I arrived on the electronic music scene in 1998. House music coming from Chicago began to invade France and other artists like Daft Punk, Cassius and many more were making music and it made me feel good because I found my home! They also opened a new way to produce music from your room or home without the need to have a connection in the music business. You could release records without having a big studio and being an artist with a major company. I jumped in the train!

The Internet has given the power to independents labels and artists and that s a real good thing. I believe a natural balance that will make the music industry more healthy, and it has already begun. Streaming allows artists to earn enough money to pay their bills and keep on producing. So let’s make this market big again by releasing (at least trying) to produce some good records.

Dyma : I can never say how I got into electronic music scene, but hey, I’m here, right? For me it’s more like music got into me. At the age of 12 I started thinking ‘Wow, you can produce whatever you want, all you need is a laptop!’.  Obviously I was wrong, so after struggling for a while I took a big pause, but I just couldn’t give up, I really needed to make my feelings real and turn it into music. So I started producing, and here I am – playing all kinds of percussion, searching for my own sound, experimenting and making all the kinds of music that I could have only imagined.

I’m actually quite excited about what’s going on with the electronic music scene right now. I see it like ‘now we really need more art, more life in music.’ Still it should be quality before anything of course, but you can’t go up to the top of the mountain because you have a perfect mix – you need to innovate and experiment and this is what I really love to do.

What three records or artists that have influenced you both the most as artists?

Have you got any other exciting plans for Kill This Kant in 2020, or anything else you would like to mention?

Dyma: We plan to organize a crazy tour for Kill This Kant, and of course we plan to release a new EP in October!

Guillaume: Dyma is bizarre but says great things, that makes him more bizarre in fact. On Word up there will be a new The Supermen Lovers album for September 2020 and single for May 2020, with a new Roommates EP at the end of April 2020.

Kill This Kant ‘The First’ drops on Word Up Records on 6th March 2020. 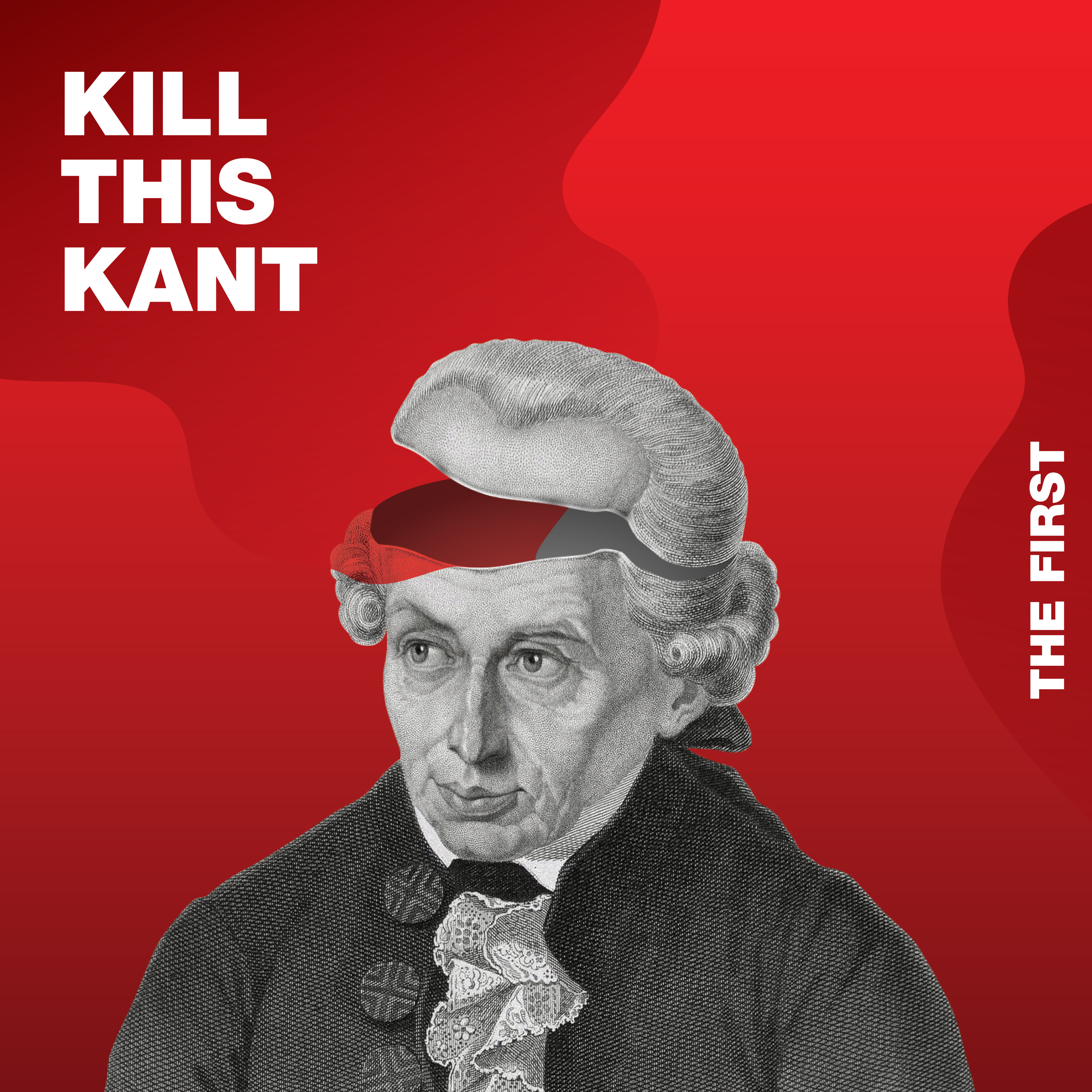